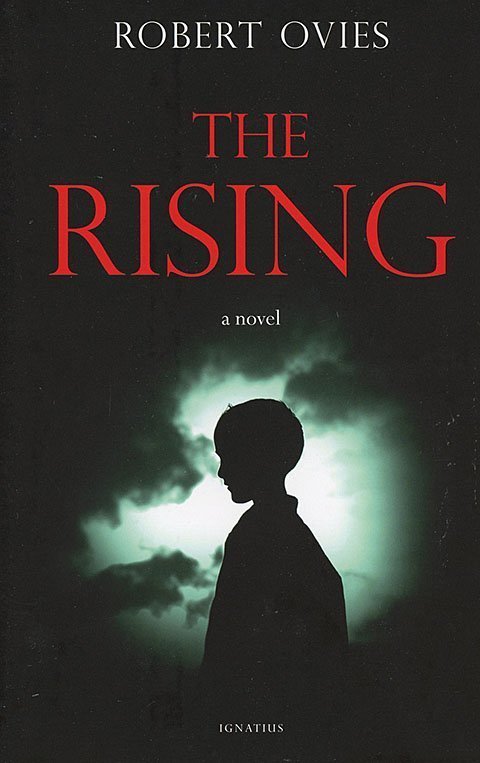 "The Rising" by Robert Ovies is a fast-paced novel with a spiritual message.

"The Rising" has all the makings of a fast-paced novel that will thrill readers with its relatable characters, unique plot, spiritual message and nicely crafted ending.

Set in Detroit, the drama surrounds the unexpected and mysterious power of a seemingly regular 9-year-old boy who, after whispering three words to a deceased woman at her wake, changes the world forever. Moments after this quick prayer, with the woman’s mouth still wired shut from the embalmment, she starts to move.

The boy’s mother and father, their parish priest and cardinal, and eventually frenzied journalists and desperate crowds vying for a miracle, begin to ask questions that crescendo to a fever pitch. Did the young C.J. Walker really raise a woman from the dead? Was she ever dead in the first place? Can this boy, who isn’t even particularly religious, awaken more people from the dead? Can life be eternal? Who deserves to be resurrected: Should it be the sickest, the loudest in the crowd pleading on behalf of a loved one, or the wealthiest offering the best price for such a service? Who should decide who deserves to be resurrected next, surely not a 9-year-old boy?

Author Robert Ovies takes the reader inside the minds and motives of all his characters, some of whom are so misguided in their desire to control this extreme power that they use manipulation and violence. Ovies, a Catholic deacon with years of experience in service to the homeless, troubled and abused, writes from the perspective of someone who clearly is familiar with the church and its teachings. This background allows readers to enjoy suspending disbelief without rolling their eyes at what could easily have become unbridled and ridiculous nonsense.

Ovies nicely blurs the lines between innocence, distrust and deception to highlight the humanity of the characters in the midst of this divine interruption to normal life. Although many of the characters in the book declare that God must be credited for working through the young miracle worker, God’s presence and purpose for giving this gift to a young boy is unclear to everyone involved. But readers certainly will discover spiritual messages throughout the novel, particularly through the lens of the honest and skeptical parish priest.

Ovies must have written the book with an ending already in mind, for he beautifully ties C.J.’s mysterious gift together with a simple, faith-filled message best left for the reader to discover in sequence with the book’s engaging storyline.

Lordan has master’s degrees in education and political science and is a former assistant international editor of Catholic News Service.