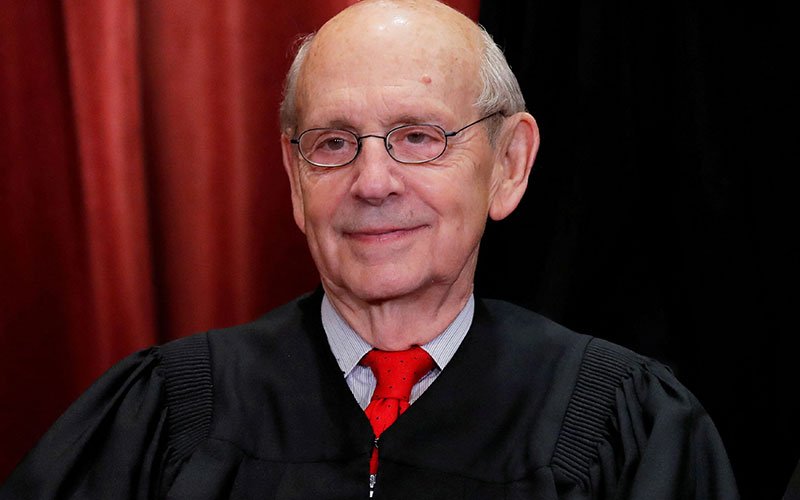 WASHINGTON (CNS) — Supreme Court Justice Stephen Breyer formally announced his retirement in a Jan. 27 letter to President Joe Biden after news reports the previous day indicated he planned to retire at the end of the current term.

Breyer and Biden made the announcement public at the White House where Biden said he wished to express the “nation’s gratitude” for Breyer’s “remarkable career of public service and his clear-eyed commitment to making our country’s laws work for its people.”

The president promised to select a nominee worthy of Breyer’s “legacy of excellence and decency” and said he would announce his decision by the end of February. He also said he would nominate a Black woman to the Supreme Court.

Breyer, 83, said in brief remarks that the “experiment” of America still works today as demonstrated by so many who come before the court to solve their major  differences under the law.

Senate Majority Leader Charles Schumer, D-N.Y., said Jan. 26 that Biden’s nominee would receive a prompt hearing by the Senate Judiciary Committee and would be “considered and confirmed by the full United States Senate with all deliberate speed.”

Breyer was nominated by President Bill Clinton in 1994. In recent months, some Democrats have been pleading with the justice, who is the oldest on the bench, to retire soon to ensure Biden could name his successor while Democrats were still in control of the Senate.

In an interview with The New York Times last summer, Breyer said he wasn’t sure when he would retire and that there were many factors that went into that decision.

He also remembered Justice Antonin Scalia telling him that he didn’t want “somebody appointed who will just reverse everything I’ve done for the last 25 years,” which was something he also considered.

In a speech at Harvard Law School last April, Breyer also said he thought it was wrong “to think of the court as another political institution.”

Breyer, who is Jewish, has taken stands that both go against and support Catholic teaching. For example, for several years his decisions have questioned the country’s use of the death penalty, but he has also often sided with laws favoring a right to abortion.

And after a federal execution in July 2020, for which the Supreme Court cleared the way, Breyer wrote a dissent joined by Justice Ruth Bader Ginsburg that said: “A modern system of criminal justice must be reasonably accurate, fair, humane and timely.”

He added: “Our recent experience with the federal government’s resumption of executions adds to the mounting body of evidence that the death penalty cannot be reconciled with those values.”

The justice also wrote two major rulings defending a right to abortion including the 2016 decision that struck down a Texas law imposing restrictions on abortion clinics and doctors. Four years later he wrote the ruling that struck down a similar law in Louisiana.

He also was critical of the court’s decision last December to uphold the Texas law that bans abortions after six weeks of pregnancy while letting one challenge of it move forward.

In 2008, Fordham University’s law school in New York presented Breyer with a prestigious ethics prize in a private ceremony despite a protest held outside the event and a call by a national Catholic organization to rescind the honor in light of the judge’s support for legal abortion.

When the Jesuit-run university announced the award, William Treanor, the law school dean, said Breyer “has devoted his life to the public good” and is “a brilliant, influential and path-breaking scholar.”

He said Breyer embodied the ideals of the ethics prize as a jurist whose “opinions have been marked by thoughtfulness, balance, rigor, and a commitment to justice and liberty. He has been an eloquent and forceful champion of judicial integrity.”

In response to news of Breyer’s upcoming retirement, Kristan Hawkins, president of Students for Life Action, said her organization calls on Republicans “to fight against any nominee who ignores the science of life for the callous calculation that ending innocent lives is the price he or she must pay to get a lifetime appointment on the court.”

Before his years on the bench of the nation’s high court, Breyer was chief judge of the 1st U.S. Circuit Court of Appeals in Boston. His nomination to the Supreme Court had the support of Senate Democrats and Republicans but the pro-life advocacy group, the National Right to Life Committee, was critical of it.

“It is perfectly clear that Breyer will take an expansive view of ‘abortion rights,”’ said National Right to Life legislative director Douglas Johnson at the time.

Breyer’s wife, three children and other family members attended the Rose Garden ceremony in 1994 where Clinton introduced the judge as a consensus-builder and an insightful leader who would help unite the court to speak “with a clear voice.”