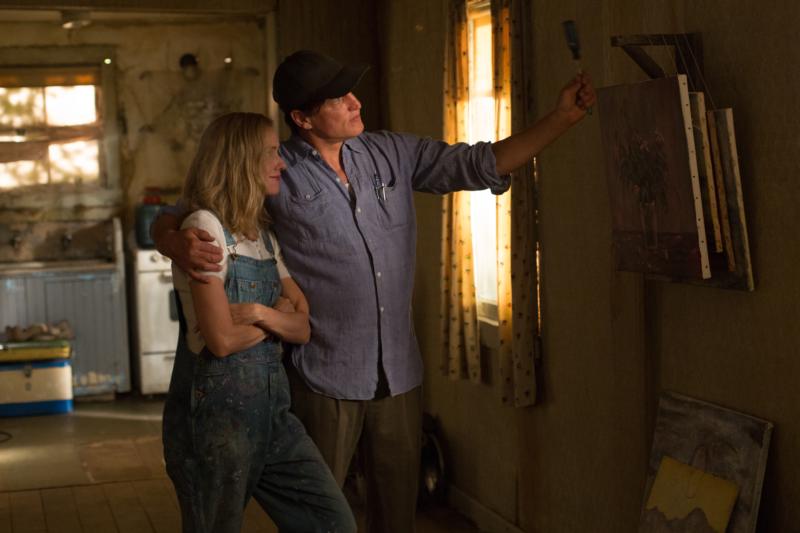 Naomi Watts and Woody Harrelson star in a scene from the movie "The Glass Castle."

NEW YORK (CNS) — Anyone who’s endured the ignominy of grinding poverty with an alcoholic, out-of- work parent understands that there’s nothing ennobling about the experience.

It’s something to endure, to escape if one can, and it leaves deep psychic scars for which later wealth is weak compensation. It’s not an experience to be sentimentalized.

For all its bitterness toward the Catholic Church, Frank McCourt’s childhood memoir “Angela’s Ashes” — in both book and film — got that much right. But “The Glass Castle” (Lionsgate), the screen version of Jeannette Walls’ 2005 account of her impoverished youth, tries to put a cheery gloss on everything, as if all the excruciating history was somehow not as bad as it seemed at the time.

Jeannette, at age 3, is grotesquely burned when her clothing catches fire from a gas stove. This is portrayed as a character-builder rather than child neglect.

Walls’ memoir was unsparing with her indignities. They included having to use a ditch as a toilet, the constant presence of rats, and a racist paternal grandmother who molested her brother.

Director Destin Daniel Cretton, who co-wrote the screenplay with Andrew Lanham, avoids all the most wretched material, however, to invoke some kind of rosy Appalachian glow. As if a Christmastime snowfall makes everything so much better because it temporarily covers up the squalor.

Walls (Ella Anderson, mostly, as a child; Brie Larson from high school on) was one of four children of Rex (Woody Harrelson), a wannabe engineer with almost no formal schooling, and Rose Mary (Naomi Watts), a failed artist who never sold a painting.

Like one of playwright Eugene O’Neill’s dreamers, Rex is constantly designing a house for them (the glass castle of the title). But as a result of his boozing, he achieves none of his dreams. He and Rose Mary, though, manage to imbue all their children with vivid imaginations and lots of children’s literature so they can keep reality at bay.

After a peripatetic existence one step ahead of the law and bill collectors, the family ends up in Welch, West Virginia, where Rex had grown up. It’s a rock bottom of several magnitudes. But somehow the children are educated, even when they’ve not eaten for several days. Rex’s only stable job is as a coal miner, but that doesn’t last for long.

Rex is sometimes violent. In reality, that’s always bad. In this film, though, it becomes just another of his quirks, and the father-daughter bond never breaks, even when his homespun “wisdom” sounds like something out of a phony Farmer’s Almanac.

Jeannette, with a ferocious love of writing, eventually becomes a famous celebrity gossip columnist in New York City. But even there her parents turn up, homeless and squatting in an abandoned building on the Upper East Side. She feels the need to keep her previous life secret when she becomes engaged to nebbishy David (Max Greenfield), although both she and her siblings do occasionally meet their parents for dinner.

This becomes the central conflict of the story: How does Jeannette deal with an invented reality for herself that omits her childhood poverty and her somewhat hopeless folks? When does she finally incorporate her past into her present?

That’s typically good stuff in either a drama or comedy. Here, though, it just drags on and on, which is typically the problem in a biopic in which nearly all the characters are very much alive and story lines are quietly sanitized.

There are no moral forces at work here. There’s only the feral ability to survive, as well as a depiction of poverty that’s as dishonest and delusional as Jeannette’s father.

The film contains a brief scene of implied child sexual abuse, physical violence and fleeting profanities and rough language. The Catholic News Service classification is A-III — adults. The Motion Picture Association of America rating is PG-13 — parents strongly cautioned. Some material may be inappropriate for children under 13.
– – –