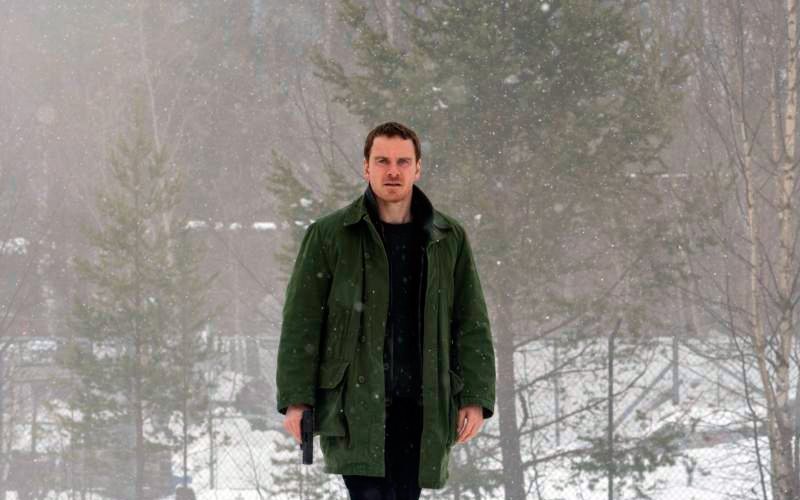 Michael Fassbender stars in a scene from the movie "The Snowman.

NEW YORK (CNS) — Though it presents itself as a complex, thinking person’s thriller, “The Snowman” (Universal), director Tomas Alfredson’s adaptation of Jo Nesbo’s best-selling crime novel, is not above dabbling in penny-dreadful sensationalism.

In between, this Nordic whodunit returns to plodding wearily across the frozen landscape of its unconvincing mystery story.

Set primarily in Oslo, Norway, the film tracks the efforts of gifted but alcoholism-plagued police Det. Harry Hole (Michael Fassbender) to catch a serial killer who uses a snowman as his calling card, building one at each murder site.

Harry’s search is complicated by the fact that his new partner, Katrine Bratt (Rebecca Ferguson), seems to have a hidden agenda of her own. His tangled relationships with his ex-girlfriend, Rakel (Charlotte Gainsbourg), for whom he still carries a torch, her son Oleg (Michael Yates) and her new live-in love interest Mathias (Jonas Karlsson) offer further distractions.

Needlessly shocking visuals of dismembered limbs, severed heads and the like punctuate the stilted proceedings.

The fact that the killer’s motivation springs from the sordid personal lives of his victims as well as his traumatic childhood makes the movie even seamier. So, too, do subplots involving an abortion mill and the perverse behind-the-scenes behavior of a high-profile public figure, Arve Stop (J.K. Simmons), who poses as a champion of traditional values.

Underlying all of this is a viewpoint, presumably carried over from Nesbo’s book by screenwriters Peter Straughan and Hossein Amini, fully endorsing the ideas of the sexual revolution and implicitly labeling anyone who opposes them as, at best, a hypocrite, at worst, a psychopath.