Buffalo priest is on slow path to sainthood - Catholic Courier 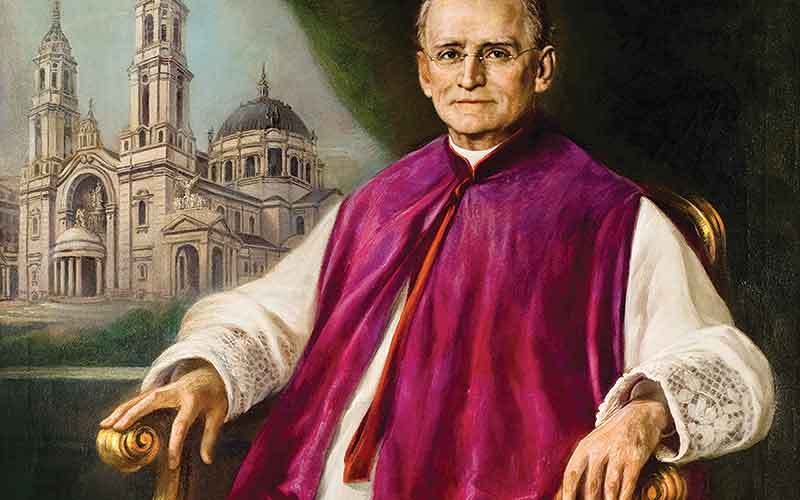 Venerable Nelson Baker, a priest from Buffalo, N.Y., who died in 1936, is seen in this undated photo. (CNS photo courtesy Our Lady of Victory Basilica)

WASHINGTON (CNS) — For the world-renowned emblems of the Catholic faith, such as St. Teresa of Kolkata, elevation to sainthood comes fairly quickly following their deaths. For many others, the sainthood cause is a slow process that sometimes lurches to a stop.

One example is Venerable Nelson Baker, the Buffalo, New York, priest who died in 1936 and is the only Civil War veteran with a sainthood cause.

Father Baker, who served at St. Joseph’s Cathedral in Buffalo after his ordination in 1876, was beloved in his lifetime for his charitable efforts for the poor, including serving thousands of meals during the depths of the Great Depression.

Dubbed by local newspapers as “the padre of the poor,” he built the Basilica of Our Lady of Victory in Lackawanna, New York, an orphanage, a maternity hospital, a trade school and a home for infant care.

Born in 1842, Father Baker entered the priesthood after operating a successful feed and grain business with a partner. Before that, he served in the 74th Infantry of the New York State Militia, a unit that organized in the summer of 1863 and was stationed in Central Pennsylvania, although it didn’t see combat.

If he is canonized, he will be the first St. Nelson, although that doesn’t surprise Msgr. David LiPuma, who will take over co-postulator duties when Father Paul Burkard steps down.

“We have a lot of Nelsons in western New York,” Msgr. LiPuma explained. “A lot of people named their children after him.”

Baker was named a Servant of God in 1987 and in 2011, was named venerable by Pope Benedict XVI. The next step before canonization is to be named Blessed. The process depends on having two verified miracles as a result of prayers from supplicants.

And that’s where Father Baker’s cause hit a snag. Evidence of one medical miracle “didn’t pass the muster that was needed” by evaluators in Rome, Msgr. LiPuma told Catholic News Service. As for the claims, he said: “I think they’re all from around western New York State.”

Canonized on the 100th anniversary?

“We have to do some legwork,” Msgr. LiPuma said.

The first Mass at the church was held at Christmas 1925, the consecration was in May 1926, and two months later, Pope Pius XI designated the church as a minor basilica.

Although building the church cost $3.2 million, it was remarkable for not plunging the parish into debt, Msgr. LiPuma said. He attributes that to Father Baker’s marketing skills and jokingly called him “the patron saint of direct-mail,” who had a great business sense.

Marble stones used in building the church could be purchased for a donation of $10, but Father Baker was accepting donations as small as 25 cents and the priest eventually found many thousands of donors.

The basilica is currently undergoing restoration and because Father Baker didn’t scrimp on materials, simply replacing anything is impossible. The altar pillars are made from red marble from Spain and the pews from African mahogany. “That’s extinct now,” Msgr. LiPuma said.

But the message of Father Baker still lives. As Msgr. LiPuma put it: He “had the faith we need to be successful. We want the world to know that.”

Tags: NY Catholics
Copyright © 2022 Catholic News Service, Inc. All rights reserved. Linking is encouraged, but republishing or redistributing, including by framing or similar means, without the publisher's prior written permission is prohibited.