Bullet to the Head - Catholic Courier 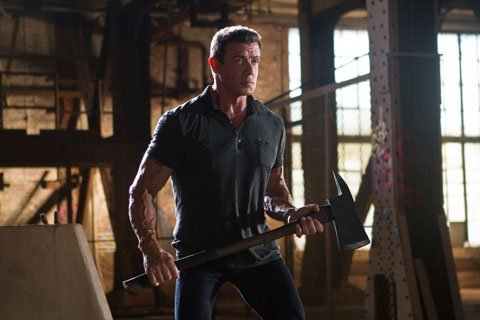 NEW YORK (CNS) — The 90-minute killing spree that is "Bullet to the Head" (Warner Bros.) — with its banal dialogue and weak, stale story — offends on every possible level. But, above all, for its sheer pointless mayhem.

Director Walter Hill and screenwriter Alessandro Camon adapt a French series of graphic novels by Alexis Nolent called "Headshot." In doing so, they send the body count well into double digits and the boredom factor into overdrive.

There’s a Cajun-flavored comic-book plot built along the lines of the chop-socky genre. Thus, curved knives used for gutting fish are a favored weapon.

Also in their sights is the seemingly invincible assassin Keegan (Jason Momoa), who killed their respective partners in Crescent City, La. — a barely fictional version of New Orleans.

When he’s not too busy shooting or punching, Bonomo makes a wide array of racial remarks about Asians.

There are some other plot details, but the remaining cast is around only long enough to be killed. So it’s all lost in this fetid gumbo of gunfire and stabbing.