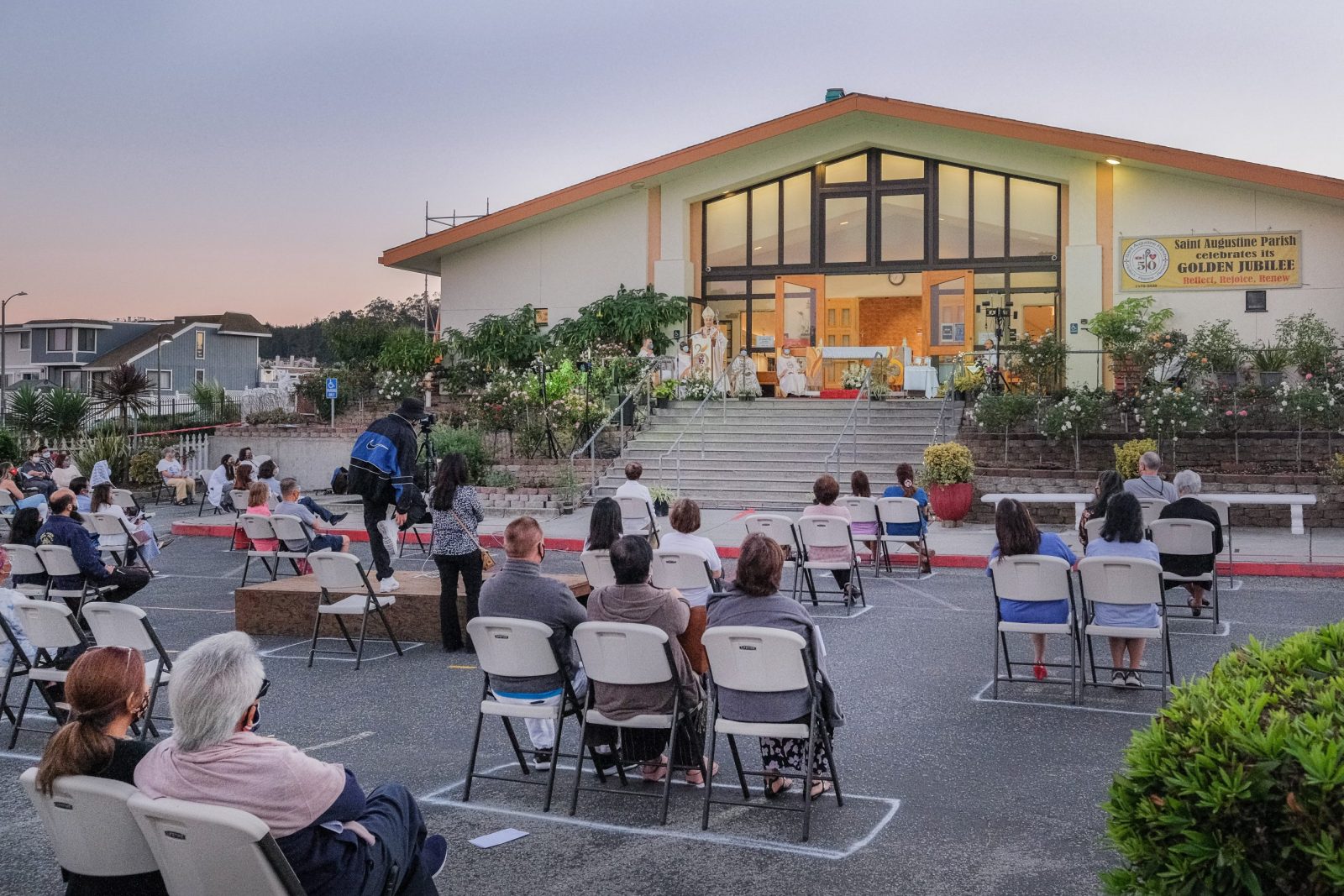 “This is a very significant step forward for basic rights. This decision makes clear we can now return to worshipping safely indoors without risk of harassment from government officials,” said San Francisco Archbishop Salvatore J. Cordileone in a Feb. 6 statement.

Similarly, Bishop Michael C. Barber of Oakland, California, called the decision “a victory for religious liberty rights for all Americans.”

The high court’s Feb. 5 decision gave California churches the right to resume indoor worship services while still allowing the state to keep its ban on singing and chanting and limiting attendance at 25% of capacity until their appeals against these restrictions are resolved by lower courts.

The decision, issued just before 11 p.m., was in response to challenges from South Bay United Pentecostal Church, near San Diego, and Harvest Rock Church, with campuses in different parts of Southern California. The churches argued that the state’s restrictions on indoor worship services violated the Constitution since some businesses are allowed to remain open.

The churches reminded the Supreme Court of its decision last November in the Diocese of Brooklyn v. Cuomo, where the court lifted the pandemic restrictions on congregation sizes at houses of worship that had been imposed by New York Gov. Andrew Cuomo.

The court’s ruling revealed a variety of differing views from the bench on this issue.

In one opinion, Justices Clarence Thomas and Neil Gorsuch said they would have allowed the churches to reopen without any restrictions.

The opinion, also joined by Justice Samuel Alito, indicated that California seemed to single out religion for more restrictive treatment, noting: “If Hollywood may host a studio audience or film a singing competition while not a single soul may enter California’s churches, synagogues and mosques, something has gone seriously awry.”

Alito also said separately that he would have given the state 30 more days to present additional evidence before an injunction against the singing ban and the 25% capacity limits would take effect.

Chief Justice John Roberts wrote that the ban on indoor worship services “appears to reflect not expertise or discretion, but instead insufficient appreciation of the interests at stake.” And Justice Amy Coney Barrett, in her first signed opinion, joined by Justice Brett Kavanaugh, said the churches should have offered the court reasons why they should be permitted to have singing and chanting in their services.

Justice Elena Kagan dissented from the court’s ruling, joined by Justices Stephen Breyer and Sonia Sotomayor, noting that even though the justices “are not scientists,” they chose to go against the “judgments of experts about how to respond to a raging pandemic.”

She said the state is required to “treat worship services like secular activities that pose a much lesser danger. That mandate defies our case law, exceeds our judicial role and risks worsening the pandemic.”

She also said the court’s action “leaves state policymakers adrift, in California and elsewhere. It is difficult enough in a predictable legal environment to craft COVID policies that keep communities safe. That task becomes harder still when officials must guess which restrictions this court will choose to strike down.”

The unsigned order left state restrictions on indoor worship in place, but it sent the challenge, issued by the California’s Harvest Rock Church and Harvest International Ministry, an apostolic Christian church in Pasadena, back to a lower court.

In the summer, California Gov. Gavin Newsom issued restrictions prohibiting most indoor religious services in California counties that have experienced a surge in coronavirus cases and hospitalizations.

In his Feb. 6 statement, he said the Supreme Court made clear to state officials that permitting indoor worship is “a fundamental right and the law of the land.”

He also said he hoped state officials will “appreciate the care we’ve taken all throughout this crisis to protect the public health with masks, social distancing and other reasonable measures.”

The archbishop said the court’s ruling was “a breath of fresh air in dark times” and thanked those who have spoken up in favor of church members worshipping together indoors, which he said is part of their very identity.

Bishop Barber, in his Feb. 6 statement, said he also was glad about the decision and pleased that “churches and synagogues will fall under the same safety rules which govern retail shopping and gambling casinos, and we will no longer be singled out for arbitrary restriction by the government.”

He also said he looks forward to “welcoming our congregations back inside our churches, at 25% capacity, and following all COVID safety procedures.”