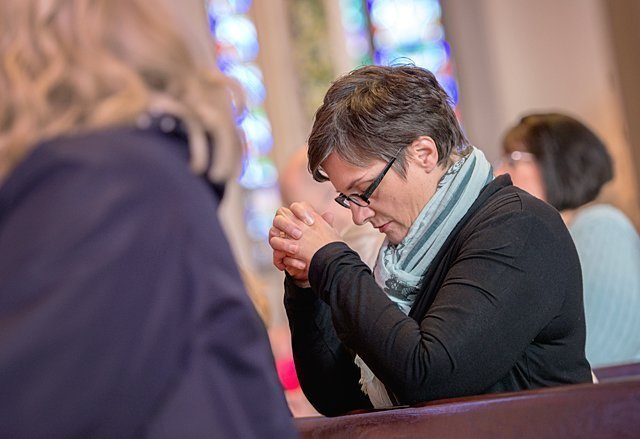 After parishioners at St. Mary Parish raised more than $800,000 during the parish’s recent capital campaign, parish leaders set an even loftier goal: to raise 1 million minutes of prayer.

"What we do know is that which is measured and reported rises in our interest and priorities. Many parishes report weekly on the financial health and support of the community, but there rarely is a measure done of their spiritual support because it is less tangible," explained Deacon Dennis Donahue, coordinator of new evangelization at the Auburn parish. "We really have no measure of what kind of time we are giving to God and his church. The spiritual (component) is really at the core of what we’re supposed to do, but it’s this thing we don’t evaluate."

Inspired by the success of the parish’s capital campaign, Deacon Donahue came up with the idea for a "spiritual capital campaign" as a way to make time spent in prayer seem more tangible and to help parishioners appreciate the spiritual value of time. Ever since Feb. 7, the first Sunday of Lent, St. Mary’s bulletins have included a "spiritual menu" of options for parishioners looking to increase the amount of time they spend in prayer each week, or even to quantify the time they already spend praying. The options on this spiritual menu change each week to reflect the current liturgical season and happenings at the parish.

"If you look at our menu there are options for every person in every situation to be able to increase their time with God," Deacon Donahue said.

Some of the options on the weekly spiritual menu are communal, such as attending daily Mass or participating in the parish’s adult faith-formation opportunities. Others are individual, such as visiting a Catholic church and sitting quietly before a tabernacle, and some of these individual options may be completed at home, such as prayerfully reading the daily Gospel reading or waking up five minutes early in order to pray. In order to make it easier for participants to tally up their minutes spent in prayer, each option also lists an estimate of how many minutes it might take to complete. One weekday Mass, for example, would count for 45 minutes of prayer, while reading and reflecting on a Gospel passage would count for 15 minutes.

"The whole idea was if we turn people’s attention to the amount of time they’re willing to give to the church community and to God and God’s church, it would encourage them to take a hard look at it," Deacon Donahue said. 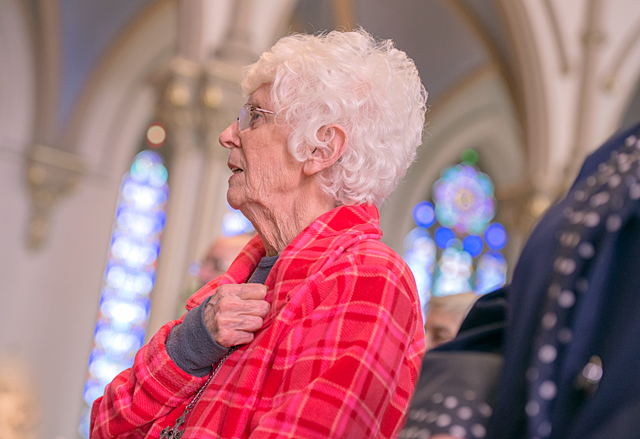 "If there are only 3,000 minutes you give to God a year out of over a half a million minutes God gives you, it doesn’t seem equitable. If you want to have a relationship with someone you give them time," Deacon Donahue said.

Hopefully when parishioners realize how much time they already are giving to God, they will be inspired to find ways to devote more time to God and prayer as well, he said.

That’s what happened to parishioners Linda Wiedman-Gargiul and her husband, Pat Gargiul. The couple usually get to church an hour before Mass starts in order to pray the rosary and pray quietly, and the pair also volunteers in various other parish activities. But they weren’t sure what to expect when they tallied up the minutes related to each of the things they normally do.

"When you put it on paper you actually see how much time you’re spending. Sometimes you think, ‘Oh, I spent this amount of time,’ and you really didn’t. As you keep track of it you realize you need to spend more time," Gargiul said.

He and his wife were pleasantly surprised, however, to find out they already spent more minutes in prayer than they expected. Nonetheless, they still made an extra effort to take advantage of options on the spiritual menu that they hadn’t previously tried, and as of mid-April they estimated they’d spent 7,905 minutes in prayer since early February. The exercise of looking for opportunities for prayer and recording the time spent praying has had a lasting effect on their mind-sets, Wiedman-Gargiul said.

"I think about God all day now. It’s on my mind all day pretty much," she said.

As of mid-April, 25 parishioners had reported spending 95,063 minutes in prayer, and there are many more parishioners who are participating in more parish events but aren’t reporting their minutes to the parish, Deacon Donahue said. The campaign will continue throughout the rest of the year and may be renewed in future years as well, he added.

"The importance of the program is not in the self-monitoring that happens and not in the self-reporting. It is in the reorganization of priorities to that which is most essential but invisible to the eye," Deacon Donahue said.