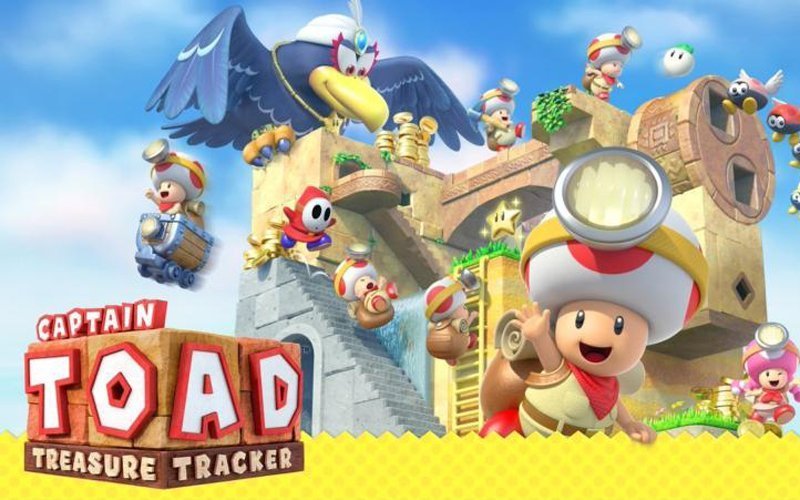 This is a still from the video game "Captain Toad: Treasure Tracker." The Catholic News Service classification is A-I -- general patronage. The Entertainment Software Rating Board rating is E -- everyone. (CNS photo by Nintendo)

Updated for the Nintendo Switch and 3DS systems, “Captain Toad” is a delightful and graphically imaginative puzzler suitable for all ages.

It’s a spinoff from the popular “Super Mario 3D World.” The star of the game this time, though, is not mustachioed plumber Mario, but his friend Capt. Toad. Equipped with a squeaky voice, red bandana and an explorer’s headlamp, Capt. Toad scampers around colorful, free-floating worlds looking for tokens, gems and the golden star needed to move up to the next level.

The ultimate goal is to rescue the captain’s girlfriend, Toadette, who is swept away at the start of gameplay by Wingo, a giant bird. Still, the main draw here is not the damsel in distress but the puzzles.

The game has an ingenious design. Its different world are dioramas and players can manually swing the camera around 360 degrees to view the terrain from different angles, even down from above.

This offers wonderful variety — as well as a way to see ahead around corners for potential enemies. There are green garden levels, urban settings, environments full of optical illusions, Rubik’s Cube-like imagery and battle arenas. Obstacles include dragons and lava, polka-dotted snakes — even a haunted house. The diversity seems endless.

Nintendo has a well-deserved reputation for being family-friendly. And, as with “Captain Toad,” their games generally surprise and delight. Perhaps that’s because their developers’ refusal to fall back on the easy themes of sex and violence forces them to be more inventive.

The Switch version includes four new Super Mario Odyssey-themed levels and a few more bells and whistles than the 3DS. But the two iterations are essentially the same.