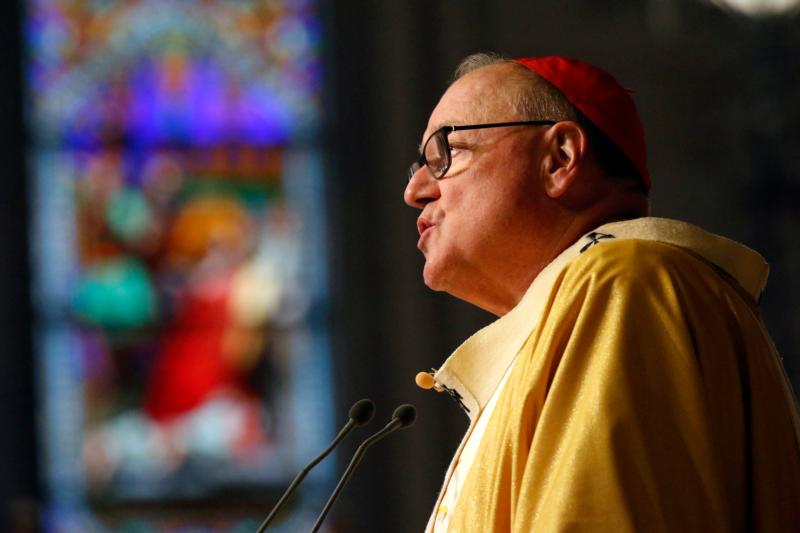 WASHINGTON (CNS) — New York Cardinal Timothy M. Dolan is set to meet with the president of the Republic of Cuba during a Feb. 7-12 trip to the island nation, which includes a visit with the cardinal of Havana and other Cuban prelates.

Cardinal Dolan flew to Havana early Feb. 7 with a small delegation from the New York area, and is scheduled to celebrate Mass at the Sanctuary of Our Lady of Charity of El Cobre, the patroness of Cuba, during the visit.

Cardinal Dolan met Cuban President Miguel Mario Diaz-Canel Bermudez in 2018, the year he took over as head of Cuba from Raul Castro. Diaz-Canel, 59, visited New York later in the fall and spoke before the United Nations. He then met with Cardinal Dolan at New York’s St. Patrick’s Cathedral during that visit and gave the prelate a present: a statue of Our Lady of Charity of El Cobre.

Granma, the official government newspaper published by the Communist Party, published Sept. 27, 2018, an article about the meeting, calling the cardinal “charismatic” and saying that Diaz-Canel emphasized the bonds of “respect and stable and fluid communication between the Catholic Church and the government of Cuba,” during that visit.

Though Diaz-Canel is the president of Cuba, Raul Castro is the first secretary of the Communist Party of Cuba, which is the most senior position in the communist state. Diaz-Canel, however, is expected to succeed him in 2021.

Following the 1959 Cuban revolution led by Raul Castro’s brother Fidel, the Cuban government, which declared itself officially atheistic, seized properties that had served as the social, educational and community centers of Catholic life, and a decades-long tension between the government and the Catholic Church ensued. The number of Catholic priests and other religious serving in Cuba became limited and, like the laity, greatly dwindled with the years.

Cuba’s Catholic Church, however, saw a slow ease of government restrictions following the 1998 visit of St. John Paul II and Pope Benedict XVI in 2012, followed by Pope Francis in 2015.

The Vatican, with the help of Cuban Cardinal Jaime Ortega of Havana, who died in July 2019, played a major role in the rapprochement between the governments of Cuba and the U.S., and the two countries announced the reestablishment of relations in late 2014, which included the reopening of their respective embassies in Havana and Washington. The Trump administration, however, announced sanctions and a rollback of some of the policies made during that time.

The Catholic Church has constantly held that it’s better to engage Cuba instead of isolating it, and efforts — from the Vatican to the U.S. bishops — have emphasized diplomatic solutions.

Cardinal Dolan’s visit comes three days after President Donald Trump reiterated in his State of the Union address that his administration “reversed the failing policies of the previous administration on Cuba.”