Cardinal says synod will have open discussion, even on sensitive topics - Catholic Courier 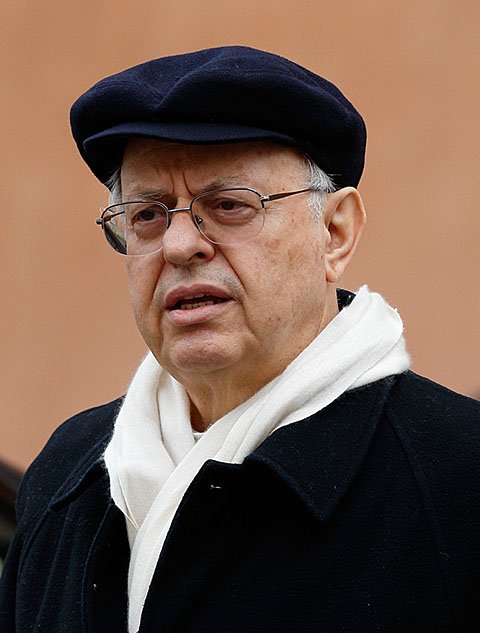 VATICAN CITY (CNS) — The "freedom of expression" that characterized preparations for the Synod of Bishops on the family — especially in responses to a Vatican questionnaire — "will also characterize the synod assembly, which certainly will take place in a climate of respect for every position, mutual charity and an authentic sense of constructiveness," said the head of the synod.

Cardinal Lorenzo Baldisseri, synod general secretary, told reporters Oct. 3 that he hoped widespread media attention to the question of Communion for the divorced and civilly remarried would not completely overshadow the entire discussion, but differing opinions on that topic would be welcome in the synod hall.

Books published before the synod that presented the arguments of several cardinals and theologians on the possibility of making it easier for divorced and civilly remarried Catholics to receive Communion "are a contribution" to the discussion, the cardinal said. Although the positions differ sharply, they ensure that the synod’s considerations of the matter will have a "global perspective with varying positions," so that synod members can seek a true consensus.

"Those persons, including those on a high ecclesiastical level, who have intervened must assume responsibility (for their words). Each one is free," he said. However, he also asked the synod members to give appropriate attention to all of the challenges facing modern families rather than focusing just on that one issue. The working document talks about "poverty, the phenomena of migration, polygamy, problems within families such as abuse and violence — all of these things. We should not allow Western topics to monopolize" the synod.

"The freedom the Holy Father allowed for broad discussion" of pastoral care for the divorced and civilly remarried, he said, makes it clear it will be part of the discussion. Cardinal Baldisseri added: "I cannot tell you how it will end, the conclusions are for the synod to make. I know people have many expectations, but they will have to wait. I cannot give you the conclusions when we have not even begun" the formal discussion.

The cardinal said the fact that even before it began, the synod was sparking debate about complex situations involving traditional church teaching and modern difficulties "demonstrates that we can talk about them from a doctrinal point of view as well as from a practical and pastoral point of view in the light of the Gospel."

The situation families live in and the situations the church is called to apply the Gospel to "are not static," he said. An extraordinary synod on the family was convoked precisely because "the current context of the family is different than it was 33 years ago" when St. John Paul II wrote "Familiaris Consortio," his apostolic exhortation on the role of the Christian family in the world.

Pope Francis has spoken repeatedly about the beauty of marriage and family life, as well as the challenges facing Catholic laity today, the cardinal said. "He wants the people of God, on every level, to express themselves, to tell it as it is and what they think."

However, he said, the main aim of the synod is not to list and describe problems in marriage and family life — although they will not be ignored — but to highlight the beauty and potential of faithful, happy, lifelong relationships built on the love of a man and a woman.

And, the cardinal said, when the church sees individuals and couples who are hurting, whose marriages have fallen apart, the church "must bow before these problems with mercy, as the Holy Father says."

The same day Cardinal Baldisseri spoke to reporters, Pope Francis met with the Council of European Bishops’ Conferences, which had been meeting in Rome and focusing on "the family and the future of Europe."

In prepared remarks handed to the bishops, the pope encouraged a commitment to supporting family-friendly policies in politics and social life, as well as a variety of forms of pastoral outreach to families, "both those living an ordinary married life as well as those experiencing problems or break ups."

In ad-libbed remarks published, and then removed, by Vatican Radio, the pope told the bishops that he saw a Europe that was injured, a Europe which is seeing babies aborted, old people cast aside and young people struggling to find work. However, despite this pessimistic outlook the pope said it was not the end for Europe, adding that the continent has resources and that its people can turn to Jesus to heal their injuries.