Next World Youth Day to be held in Portugal - Catholic Courier 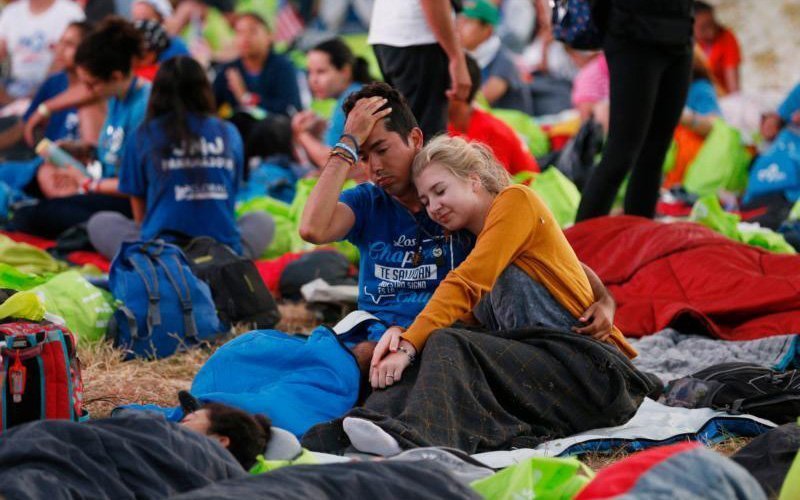 PANAMA CITY (CNS) — Lisbon, Portugal, will open its doors to the world’s young people in 2022 for the next World Youth Day.

The announcement of Portugal was made by Cardinal Kevin Farrell, head of the Vatican’s Dicastery for Laity, the Family and Life, at the final Mass of World Youth Day Jan. 27. World Youth Day officials confirmed the year and city.

Upon hearing the location of the next celebration, Portuguese erupted in cheers, waving their country’s flag and chanting “We are the pope’s youth!”

In the early morning hours, pilgrims were awakened by sounds of upbeat music as the hot Panamanian sun rose. Despite the heat, the pilgrims danced and sang along, awaiting Pope Francis’ arrival.

In his homily, Pope Francis encouraged young Catholics to be engaged in the world today to ensure a better tomorrow.

“You, dear young people, are not the future but the now of God. He invites you and calls you in your communities and cities to go out and find your grandparents, your elders; to stand up and with them to speak out and realize the dream that the Lord has dreamed for you,” he said.

The pope reflected on the Sunday Gospel reading from St. Luke in which Jesus begins his public ministry by proclaiming in the synagogue that “this Scripture has been fulfilled in your hearing.”

Proclaiming the Good News of God’s promise to free captives and the oppressed was an important moment in Jesus’ life, the pope said.

Nevertheless, he continued, many of those in the synagogue were incredulous and not prepared “to believe in someone they knew and had seen grow up.”

“The same thing can also happen with us. We do not always believe that God can be that concrete and commonplace, that close and real, and much less that he can become so present and work through somebody like a neighbor, a friend, a relative,” the pope said.

Young people, he warned, risk looking at their mission, vocation and even their lives as something far off in the future and “having nothing to do with the present” while adults can fall into the trap of inventing a “hygienically sealed future without consequence where everything is safe, secure and ‘well insured.'”

“The Lord and his mission are not a ‘meantime’ in our life, something temporary. They are our life,” Pope Francis said. “Do you want to live out your love in a practical way? May your ‘yes’ continue to be the gateway for the Holy Spirit to give us a new Pentecost for the world and for the church.”