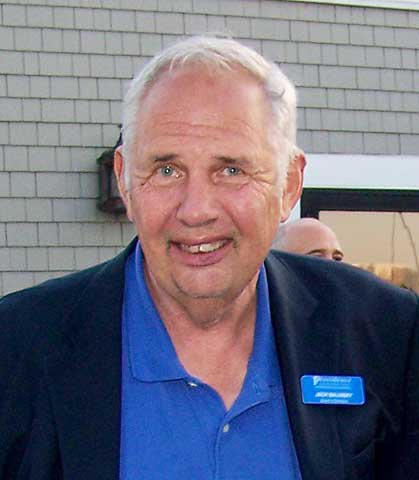 Catholic Charities USA president and CEO Father Larry Snyder announced the honor during a meeting Sept. 14 that also marked the 100th anniversary of the founding of diocesan Catholic Charities.

The medal recognizes the contributions of individuals and organizations to the work of Catholic Charities to reduce poverty and assist people in many forms of need.

"I am most humbled and deeply honored by the awarding of this medallion," Balinsky said in a statement. "Even more, I am grateful beyond words for the opportunity to serve with a team of people throughout our agencies and affiliates, people absolutely committed to the cause of helping others in a diocese and for a bishop equally passionate about living the Gospel message of compassion, justice and love."

"I am most delighted at this much-deserved recognition for Jack’s work and most proud of the life-changing ministry that Catholic Charities accomplishes every single day," Bishop Matthew H. Clark said.

He also is a historian and has published several volumes on the history of Catholic Charities in the Diocese of Rochester and New York state, which are available on his Web site, www.jackbalinsky.org.