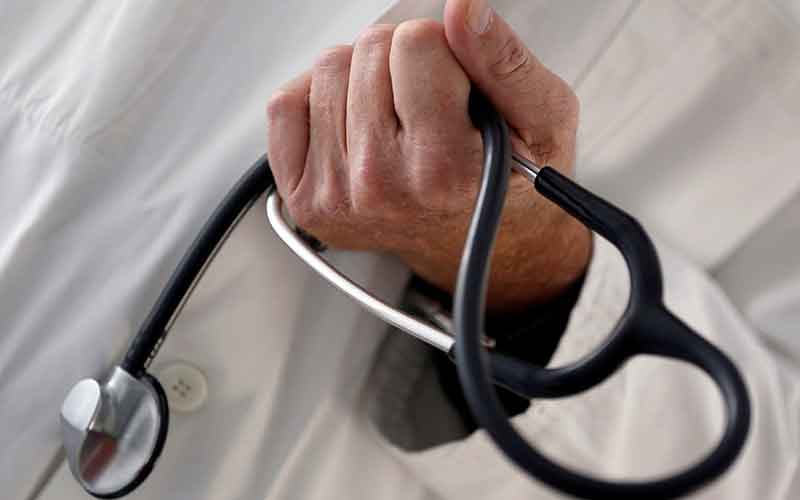 A doctor holds a stethoscope in this illustration photo. (CNS photo by Regis Duvignau/Reuters)

The New York State Catholic Conference has filed a statement of opposition to proposed Affordable Care Act revisions that could force health-care workers to perform gender transition procedures, require health-insurance plans to cover costs of such procedures, and likely remove federal conscience protection for those in health care who object to performing abortions.

The proposed revisions were released July 25 by the civil rights office of the U.S. Department of Health and Human Services.

“We strongly oppose the proposed rule,” the Catholic conference in the public comment it submitted Sept. 26 on behalf of the Respect Life directors of the eight New York Catholic dioceses. “This rule would endanger the lives and health of vulnerable persons and force health institutions and professionals to violate their religious beliefs.”

Under the proposed HHS revisions to Section 1557 of the Affordable Care Act, it would be considered discrimination for health-care providers, clinics, nursing homes, hospitals and group health insurers to object to cooperating with gender-transition procedures based on race, color, national origin, age, disability or sex — including pregnancy, sexual orientation and gender identity — in covered health programs or activities. The proposed rule also fails to protect the right of health-care workers and providers to not perform or participate in abortions.

The Catholic conference “strongly urges HHS to withdraw this proposed rule, and instead protect vulnerable persons from harmful and morally objectionable procedures.”

Oct. 3, 2022, is the last day for members of the public to submit comments about the proposal. Comments may be submitted at https://bit.ly/3vEM4Bl.

Tags: Health, Life Issues, NY Catholics
Copyright © 2022 Catholic Courier, Inc. All rights reserved. Linking is encouraged, but republishing or redistributing, including by framing or similar means, without the publisher's prior written permission is prohibited.