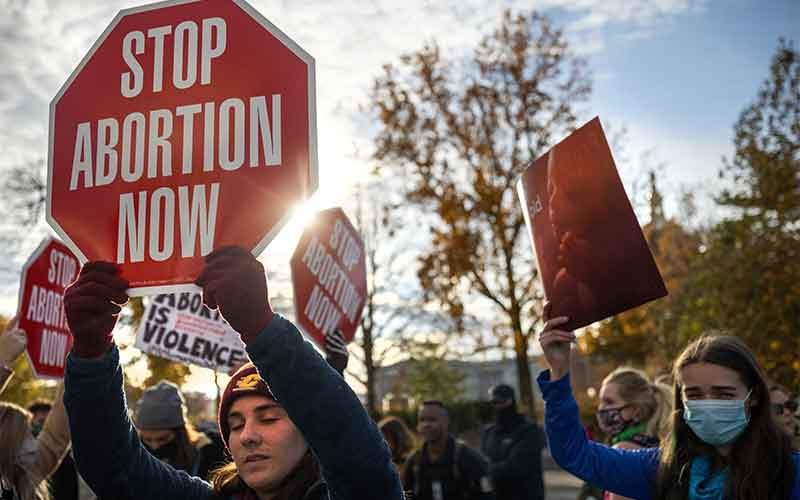 WASHINGTON (CNS) — As many state legislatures consider restrictive abortion measures in current legislative sessions, the Catholic conferences in these states are paying close attention to these bills and urging Catholics to advocate for them.

The abortion bills, proposed by Republican lawmakers, are coming in advance of a decision by the Supreme Court this summer in the Dobbs case involving Mississippi’s ban on most abortions after 15 weeks.

If the ruling overturns the court’s Roe v. Wade decision legalizing abortion nationwide, it will leave it to the states to make abortion policies.

Twelve states already have “trigger bans” in place that would ban abortions if Roe is overturned, and similar measures are being introduced in four more states this year.

If Roe falls, 26 states are “certain or likely” to ban abortion, according to the Guttmacher Institute, which conducts research on abortion and reproductive health.

One such state is Nebraska, where state lawmakers introduced a bill on the first day of its session this January to ban all abortions if Roe is overturned.

A message about this bill and other proposed measures to restrict abortions is featured on the state’s Catholic conference website calling this moment “a pivotal point” in U.S. history.

The conference statement said the Dobbs case before the Supreme Court has “spurred a national conversation about the future of abortion” and that many states are now “reckoning with their abortion laws.”

Other abortion measures in Nebraska this year are a heartbeat bill and a bill that addresses medical abortions in the state.

The heartbeat legislation would require an ultrasound before an abortion to determine whether a fetal heartbeat is present. If it is, the abortion cannot be performed. The measure concerning abortion drugs seeks to require follow-up visits after an abortion, strengthened reporting requirements for abortion complications and a halt to providing abortion drugs by mail.

In Florida, Christie Arnold, associate for social concerns and respect life with the Florida Conference of Catholic Bishops, testified Jan. 19 before a House subcommittee in support of a bill to ban abortions after 15 weeks of pregnancy. Current state law bans abortions when a fetus is viable, or able to survive outside the womb, which is typically considered to be 24 weeks.

Another bill also introduced at the beginning of Florida’s legislative session aims to protect the fetus from tobacco exposure by requiring pregnant women and women who may become pregnant to be educated about the health risks of tobacco. It also requires a review committee to study fetal and infant mortality in Florida.

The Ohio Legislature has introduced the Human Life Protection Act, which would ban most abortions in the state if Roe is overturned. The bill would apply felony penalties to abortionists but provide immunity to women seeking abortions.

The Ohio Catholic Conference said it supported this legislation, stressing that the “Catholic Church teaches that each and every human life has inherent dignity and thus must be treated with the respect due to a human person. We support public policy which protects human life from the moment of conception to natural death.”

In Kansas, the Kansas Catholic Conference is promoting a state amendment called Value them Both, which Kansans will vote on in August. If this passes, it would overturn a 2019 state Supreme Court decision that called abortion access a fundamental right.

According to the state’s Catholic conference, the impact of the state court’s ruling means that “nearly all pro-life laws in Kansas are now presumed unconstitutional and practically speaking, unenforceable. This includes more than 20 bipartisan laws like requirements for parental consent of minors seeking an abortion, bans on taxpayer-funded abortion, laws ensuring basic clinic sanitation and many others.”

On the other side of this issue, more than a dozen states and the District of Columbia have statutory protections in place to protect access to abortion.

In California, for example, lawmakers are considering a plan to make the state a “sanctuary” for those seeking abortions that could include paying for travel, lodging and procedures for women from states where abortions are restricted or banned.

In materials on its website, the California Catholic Conference said this effort by state officials “completely misses a vital, life-affirming point. California is already uniquely situated to respond actively to the needs of women, children and families.”

The conference said it agrees with Pope Francis that abortion “attacks the sacredness of human life” and said it is “not ‘progressive’ to try to resolve problems by eliminating a human life.”

“At this pivotal moment,” the statement said: “We, the bishops of the dioceses of California, commit to a vision for our state that honors women with life-affirming support and practical resources so that all families can thrive, and so that no woman feels trapped into the devastating decision to end a life by abortion.”