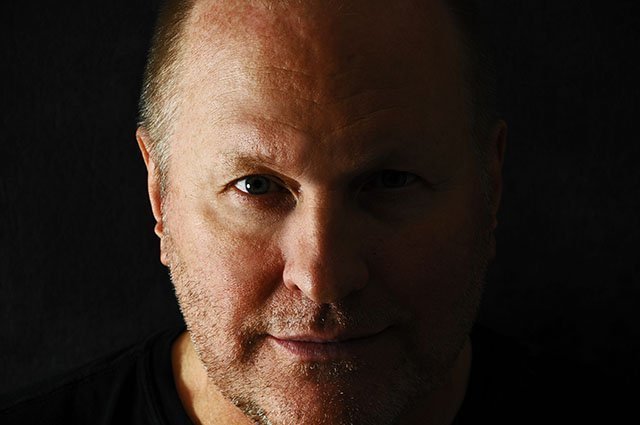 Catholic country singer Collin Raye is pictured in an undated photo. Raye says his Catholic faith has guided him through life's ups and downs including the death of a granddaughter in 2010.

ORANGE, Calif. (CNS) — Every life is filled with highs and lows, but for country singer Collin Raye, the peaks and valleys have been particularly dramatic.

He has had five platinum albums, 24 Top 10 records, 16 No. 1 hits, and five nominations each by the Country Music Association and the Academy of Country Music as male vocalist of the year.

He also has suffered through the near-death of his wife and child, followed by his wife’s yearlong hospitalization, the end of his marriage, career difficulties and bankruptcy, and the death of his granddaughter after years of an undiagnosed disease.

The peaks and valleys are documented in his recent autobiography, "A Voice Undefeated" — a book that Raye wasn’t even sure he wanted to write.

"Am I important enough to write a book about myself?" he said he remembered thinking. The notion of an autobiography had never occurred to him, but once he was asked to write one, he realized the project could be used for a greater good.

"Obviously, God is wanting me to do this because I have been (through) some ups and downs, and been through some extraordinary circumstances, both on the upside and the downside," he said. "Hopefully it will be a book he can use for his own good, because that’s what it’s all about."

Born Floyd Elliot Wray Aug. 22, 1960, in De Queen, Arkansas, Raye — renamed by his record label — experienced a number of ups and downs early on including his family’s frequent moves, the launching of a band that people paid to hear in concert and his brother’s near-fatal car accident when Raye was about to enter seventh grade.

There were a few constants in his life: his hard-working mother, the Christian faith she instilled in her two sons and his passion for music.

It was not until he was 23 — a professional musician in a band, a young husband and soon-to-be-father — that Raye encountered the Catholic faith.

"My heart told me there was something missing in my life," he writes in his book. "I felt empty."

Then he met two fans, Lil and Dick Ellington, and discovered they were Catholic.

"I was really searching at that time, and I think God sent them to me very purposely," he says now. "It set them back on their heels when I asked if I could go to Mass with them. They weren’t expecting that."

Raised Baptist, Raye was challenged by some teachings and traditions of the church — the place of Mary and the role of confession among them — but his very first experience inside a Catholic church opened his heart and he decided to learn more. Raye became a Catholic in 1983.

His infant daughter was baptized with him in 1983. Though he was already baptized, he asked to be baptized again to experience it as a sacrament, rather than "an obligation to make my mom happy." Years later, his by-then ex-wife also became Catholic.

It was Raye’s faith that opened his mind to the possibility of changing his name. Known as "Bubba" — he never went by Floyd — Raye understood that people outside the South might not appreciate the name, and if he continued spelling his last name as Wray, it would be tough for fans to find his records in the record store, since they would almost certainly look under the letter R.

"My first thought: ‘This just seems wrong to change my name,’ but I quickly remembered Jesus changed the name of the apostles. Not that this was for the same reason he changed Simon to Peter!" Raye quipped. "But I thought at least the precedent was there."

That name change kicked off a long and successful career — though it was not without its challenges, particularly after staffing changes at his recording label, Sony. "After years of sustained success, of platinum records and hit songs, of fame and fortune," he writes, "my Nashville career went down in flames virtually overnight."

Fighting to continue recording and releasing hit songs, to fill concert venues, and to maintain his income, Raye also was focused on being as present to his children — and, eventually, his two granddaughters — as his career permitted. Problems persisted: his granddaughter Haley’s mysterious disease and then his son’s horrific car accident. "Looking back, it’s easy to see how God’s hand was still guiding me," Raye writes. "Had I stayed at the top of the charts with all the demands that come with that life, I could not have given (my family) as much as they needed at the time."

Though he always worked to do the right thing, and to put his celebrity to the service of good causes, "I was probably an obstacle to (God) more than I care to admit," Raye writes.

Now his life is unfolding in new directions, and he’s content to let it unfold. Along with his daughter Britanny, he started the Haley Bell Blessed Chair Foundation. Named for Raye’s granddaughter, who died in 2010, the foundation assists families struggling to meet the basic medical needs of disabled family members because of a low income or lack of adequate health insurance. The foundation has distributed more than 80 specialty wheelchairs for children with major disabilities.

In December, Raye released "Still on the Line: The Songs of Glen Campbell."

It has taken him years to understand "how to be still and turn things over to him," Raye said. And he still struggles to do that consistently. But through all the ups and downs, the one constant has been drawing nearer to God.

"It takes a lot of time and a lot of negative circumstances to bring you down to your knees on a regular basis before you can say, ‘Lord I’ve got nothing here, and I’m going to have nothing tomorrow. Please take this and do what you will with it,’" he said.

Deffner is editor of the Orange County Catholic, newspaper for the Diocese of Orange.