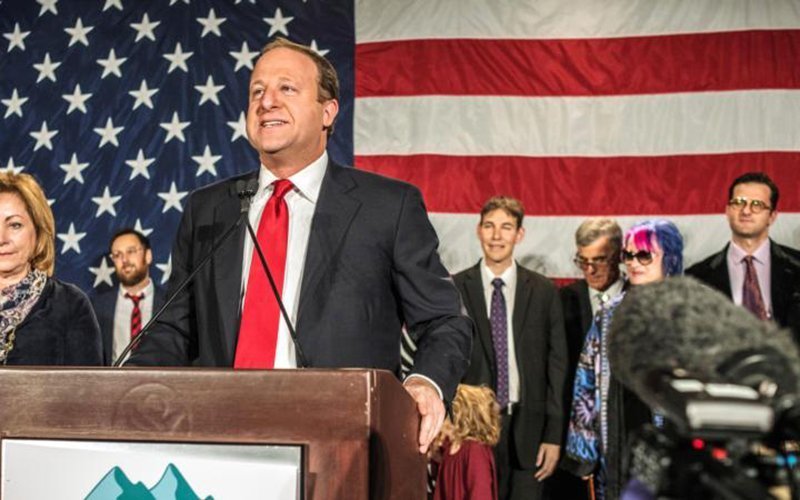 He also commuted the sentences of the state’s three death-row inmates to life in prison without the possibility of parole.

“We thank Gov. Jared Polis for signing this historic piece of legislation, and we commend the many state senators and representatives who worked hard to make this important change to our state law,” the Colorado Catholic Conference said in a March 23 statement.

The conference, the public policy arm of the state’s Catholic bishops, said that for many years it has supported efforts to repeal the death penalty and it was “grateful for the determination and commitment it took for the state legislature to pass this bill.”

“Colorado joins the growing ranks of repeal states, affirming our nation’s desire for more restorative responses to crime and harm and adding to the continued momentum toward death penalty abolition across the U.S.,” she added in a March 23 statement.

She said her organization believes “that no matter the harm one has caused or suffered, each person ought to be treated with dignity and have the opportunity for redemption and healing. Today, Colorado makes that possible.”

Sister Helen Prejean, a Sister of St. Joseph of Medaille and a longtime opponent of the death penalty, thanked the Colorado governor for his action in a March 23 tweet and added: “Alleluia! I’m celebrating the citizen activists of Colorado who, with stellar collaboration from the legal, law enforcement, education, and faith communities, steadily changed hearts and minds to arrive at this life-affirming day.”

Colorado’s Catholic bishops also praised the House for passing the death penalty repeal bill on Feb. 26 and included in their statement the words of Denver Auxiliary Bishop Jorge H. Rodriguez, who testified in support of the repeal bill before both the Senate and House Judiciary Committees.

In his testimony, he said: “The Catholic Church has long taught that every person, whether they are unborn, sick or sinful, has a God-given dignity that cannot be erased or taken away. Yes, it can be marred, but it cannot be blotted out in the eyes of God.”

When the governor signed the bill and announced the commutation of three death sentences, he said: “The commutations of these despicable and guilty individuals are consistent with the abolition of the death penalty in the state of Colorado, and consistent with the recognition that the death penalty cannot be, and never has been, administered equitably in the state of Colorado.”

Colorado is the third state in the past three years, after Washington in 2018 and New Hampshire in 2019, to abolish capital punishment and it’s the third to end the practice since the Vatican’s 2018 revision to the Catechism of the Catholic Church which declared the death penalty “inadmissible” in all cases.

Public opposition to capital punishment continues to rise. A Gallup Poll last November said 60% of respondents described life imprisonment without the possibility of parole is a better punishment for murder than the death penalty, up from 45% in 2014.