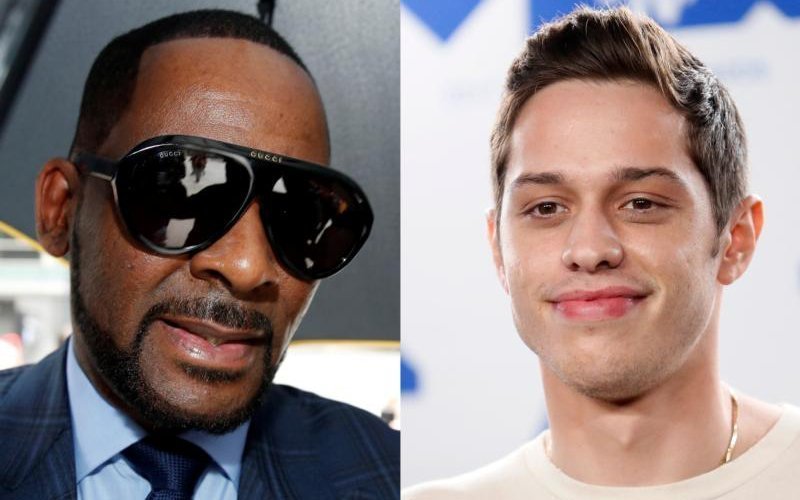 R. Kelly, left, and Pete Davidson are seen in this composite photo. (CNS photo by Kamil Krzaczynski and Danny Moloshok/Reuters)

WASHINGTON (CNS) — The initial groans from the audience during a “Saturday Night Live” skit when comedian Pete Davidson likened people who “support the Catholic Church” to R. Kelly fans were just a taste of the reaction this skit would receive from some Catholic officials.

In the NBC show’s “Weekend Update” segment March 9, Davidson’s link of the Catholic Church’s sex abuse scandals with the R&B singer now facing charges of criminal sex abuse prompted calls for an apology from the Diocese of Brooklyn, New York, and the president of the Catholic League for Religious and Civil Rights.

In the skit, Davidson described Kelly as “a monster” who should “go to jail forever,” before adding: “But, if you support the Catholic Church, isn’t that, like, the same thing as being an R. Kelly fan? I don’t really see the difference, only, like, one’s music is significantly better.”

Davidson, who was raised Catholic and attended two New York Catholic high schools and a Catholic college in Brooklyn, briefly, went on to say that when his mom told him she was going to Mass, he told her he was going to “listen to the ‘Ignition’ remix, ” one of Kelly’s songs. Davidson’s mother is Catholic. His father, a firefighter who lost his life in the 9/11 terrorist attacks, was Jewish.

In a March 11 statement, the Brooklyn Diocese — adjacent to the New York Archdiocese where the show is taped, in New York City’s Comcast Building — demanded “an immediate public apology from ‘Saturday Night Live’ and NBC” for the “disgraceful and offensive skit.”

“The clergy sex abuse crisis is shameful, and no one should ever get a laugh at the expense of the victims who have suffered irreparably,” it said, adding that the “mockery of this difficult time in the church’s history serves no purpose.”

The statement noted the efforts the Brooklyn Diocese has taken to deal with abuse, including its zero-tolerance policy where any clergy member credibly accused of sexual abuse of a minor is permanently removed from ministry.

It also said the “insensitivity of the writers, producers and the cast of SNL around this painful subject is alarming.”

Bill Donohue, president of the Catholic League for Religious and Civil Rights, based in New York, similarly took offense at Davidson’s remarks, saying in a March 11 statement that the comedian “libeled all priests.”

Donohue said the comedian wasn’t comparing Kelly to an alleged predatory priest but to “the entire Catholic clergy.”

“His bigoted remark deserves to be condemned by everyone,” he added.

He also said the comment didn’t warrant Davidson’s firing, which he said would be a “drastic action.”

“Because we are not aware of any anti-Catholic comments that Davidson has previously made, we are not calling for his dismissal. But executives at NBC need to talk to him without delay. If he strikes again, our response will be different,” he said.

Last November, Davidson apologized on air for mocking the eye patch of Dan Crenshaw, a Texas Republican, who is now in the U.S. House of Representatives. Crenshaw, a former Navy SEAL, wears the patch after losing his eye while serving in Afghanistan.

During his appearance on “Saturday Night Live” for the apology, Crenshaw said: “There’s a lot of lessons to learn here. Not just that the left and right can still agree on some things, but also this: Americans can forgive one another. We can remember what brings us together as a country and still see the good in each other.”