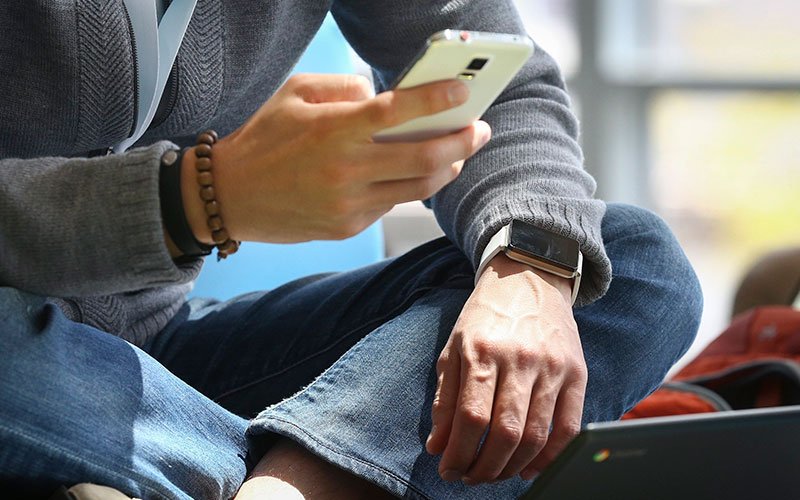 Prayer apps are popular for millions of Catholics

In the world of Catholic prayer apps, it seems like there is just about something for everyone.

From prayer to Scripture study to the rosary to inspiration and connecting with God, dozens of apps exist and more are likely on the way.

Most of the apps are available for use in Apple and Android formats, but some are built for either one platform or the other. Users will have to visit the appropriate download site to specifically determine which apps will work on their respective smartphone or tablet.

Catholic News Service has taken a brief look at a baker’s dozen of widely used apps and summarizes them in this listing. Most are available in multiple languages, including Spanish.

Because of the large number of apps available this listing is not meant to be all-inclusive.

— Catholic Study Bible: Includes access to the entire Bible with additional related content from Ignatius Press and the Augustine Institute. Annotated material developed by well-known theologians guides the user through Scripture passages. There also is a dramatized audio version of the Gospel of John among other features.

— Click to Pray: The official app of the Pope’s Worldwide Prayer Network. It offers an intention from Pope Francis to pray for during the day. Tips are included to encourage prayer throughout the day, in community and in schools. A section allows users to post a personal prayer intention which other users can join.

— Confession: An app that helps the user with an examination of conscience and a step-by step guide to the sacrament of reconciliation. It also can be used while receiving the sacrament in the confessional or privately with a priest. To protect privacy, the app does not require registration, a username, passwords or online storage.

— Daily Readings: A tool built around access to the daily Mass readings for a given year. Feast days and other liturgical celebrations are noted. A guide lists the books of the Bible. It also is available for use even when offline.

— Hallow: The app is built to help users become more closely connected with God through thousands of audio-guided meditations and prayers led by prominent theologians and clerics. Routines for prayer at various times of the day allow for users to choose the time that’s best for them to pray. A feature allows for connection with family members and friends.

— iBreviary: Users can pray the Liturgy of the Hours and read the Scripture from daily Mass. It includes other Catholic prayers for various settings, such as distributing Communion to the sick, as well as traditional rites.

— iMissal: Includes the full liturgical calendar users can click on any date and be taken directly to the day’s Mass readings. Other features include a daily Bible passage for reflection, the ability to share verses via social media, and save favorite verses for later reference. A large selection of Catholic prayers is part of the app.

— Laudate: A single-source app that offers the daily Mass readings, the Liturgy of the Hours and a large selection of prayers. It includes a section for favorite personal prayers and links to Vatican documents, saint of the day, praying the rosary and confession preparation.

— Magnificat: The companion app to the widely read Magnificat magazine that provides the prayers and readings of daily Mass. Other daily prayers are rooted in the Liturgy of the Hours. Offerings include meditations based on the writings of Catholic theologians of the past and contemporary times and essays on the lives of saints.

— Mass Explained: Through multimedia tools, the app does exactly what its title says. Slideshows, videos, maps, 3D images and other communication tools explore the origins of each part of the ordinary Mass and the prayers and rituals practiced throughout the liturgy. Developers say it is based on authentic Catholic teaching.

— Pray As You Go: Developed by the Jesuits in England, the app provides one practical prayer session daily of about 10 minutes or so in length. It mixes music with the day’s Gospel reading, prayer and a reflection rooted in Ignatian spirituality. Users are invited to consider moments throughout the day when God’s presence can be found.

— Verbum Catholic Bible Study: Provides access to the entire Revised Standard Version Catholic Bible as well as the Catholic catechism, the Lectionary, Vatican documents and several other resources for mobile study. Users can link to Bible study plans to help determine which sections of the Bible to explore and pray about.

Among the most widely downloaded such apps are: The Holy Rosary, iRosary, Mary app, Rosary Plus RD, Rosary Pro, Touch Rosary and Virtual Rosary.