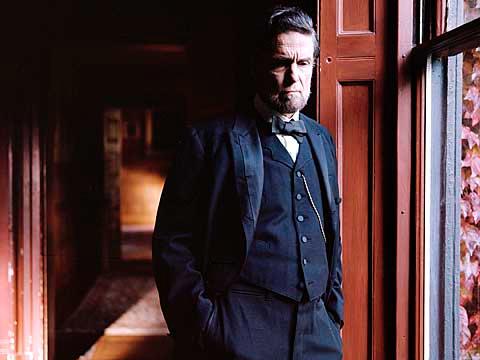 WASHINGTON — Don’t be surprised if you don’t recognize him, but actor Chris Sarandon, one of many working actors who graduated from the master’s program in acting from The Catholic University of America in Washington, will portray Abraham Lincoln in an upcoming PBS documentary “God in America.”

Sarandon’s characterization of the Civil War president will be seen Tuesday, Oct. 12, the second day of the three-day, six-hour documentary.

The documentary’s producers “didn’t have a locked vision of who Lincoln is … other than his writing and the volume of books that have been written about him,” so “they seemed very, very open” to discussions about how to portray him, Sarandon said in a Sept. 3 telephone interview with Catholic News Service.

One idea of his that Sarandon said they accepted was incorporating how Lincoln practiced his speeches. “Lincoln was, for instance, famous for trying out his speeches aloud. The literature is replete with images of people listening to Lincoln’s speeches,” said the actor.

While he may ruminate aloud as Lincoln, he has no audience on-screen.

To make Sarandon look the same height as the president — he is 6 feet tall, while Lincoln was 6 feet 4 inches tall — costumers shortened the sleeves of his coat. He said that same technique was used in the 1939 movie “Young Mr. Lincoln” directed by John Ford.

Sarandon is just one of several actors in “God in America” portraying historical figures dating back to Puritan times.

The acting bug didn’t bite Sarandon, now 68, until his junior year at West Virginia University. He applied to the three schools that at that time offered a master’s degree in acting. Catholic University was the only one that accepted him.

“I was coming from a very sort of cloistered life — raised as a Greek Orthodox, both of my parents being Greek,” he said.

He recalled being in class when the professor would walk in, the students would stand and all would say, “Hail Mary, full of grace, blessed are you,” with “everybody crossing themselves.”

“It turned out to be one of the great experiences of my life. I got a great education there,” he said.

Sarandon was selected to be part of the acting school’s summer repertory touring company, the National Players, doing one- and two-night stands featuring Shakespeare’s “Romeo and Juliet” and Moliere’s “The Miser” at schools, convents, monasteries and seminaries.

“We did the sets, we did the lighting, we drove the trucks,” he recalled.

One place on the calendar was St. Meinrad’s Archabbey in Indiana. From members of the company who had been there before, they knew it would be “a great stop,” Sarandon said.

“We’re there for three or four days, and the food is great and the monks there are — as I recall the conversation — always very lively and interesting,” he added.

“As we arrived, literally the day before, a young, brilliant theologian who had been at the monastery had fallen and died. There was a pall over the entire place. We were scheduled to a performance of each of the pieces,” he added, “and we thought, ‘Geez, we can’t. This is an encroachment. This makes no sense.’ And to a man, the monks said, ‘Do “The Miser” tonight.'”

So they performed the satirical comedy, “and it was one of the great cathartic experiences for us. The laughter was just beyond bounds. It provided such a release for everyone from this tragic thing and for this young and very promising young man, that I think it was — cathartic was the only way I can describe it,” Sarandon said.

By virtue of his marriage to Joanna Gleason, Sarandon’s father-in-law is “America’s top trader,” Monty Hall of “Let’s Make a Deal” fame.

“He’s doing great,” said Sarandon, who was once married to Susan Sarandon. “He’s amazing. He just passed his 89th birthday. And he’s still going strong, still does a raft of personal appearances. He’s raised untold millions of dollars for charity, basically as a gift to the world. He still does it, still makes personal appearances for charities, particularly the Variety Club.”