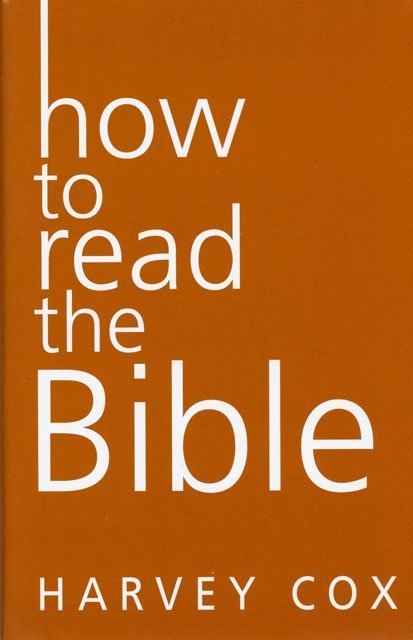 This is the cover of "How to Read the Bible" by Harvey Cox. The book is reviewed by Mitch Finley.

Something of a theological superstar in the late 1960s and early 1970s, thanks to his mega-best-seller "The Secular City," retired Harvard University theologian Harvey Cox here turns his attention to the Bible and how to read it with the brain in gear that God gave you.

Ordained an American Baptist minister in 1957, Cox’s fundamental perspective, we must presume, is Protestant.

It’s unclear to what extent Cox embraces the classical Protestant principle of "sola scriptura" — which insists that the Bible is the only valid source of revelation; still, he clearly eschews biblical fundamentalism.

Thus, Catholic readers will find much in "How to Read the Bible" they can accept and from which they will benefit. Just don’t expect Cox to say anything about the relationship between Scripture and tradition.

Following an introduction in which he discusses how his own understanding of and approach to reading the Bible developed over the years, Cox has organized his book around specific books of the Bible and literary styles. Thus the books of Genesis, Exodus, Joshua, Job, Amos and the prophets and the Gospels — except John, which he skips — were included, while others were rejected — "the long, loopy story of canonization," the Pauline epistles and the Book of Revelation.

Throughout, Cox provides "study tips," practical suggestions for further personal investigation. Finally, the book responds to the question, "How do we read the Bible today?" and concludes with some personal comments followed by an appendix on "What Language Did Jesus Speak?"

Along the way, Cox clears up a few things that Catholic readers should file away for future reference. Such as: "When scholars of religion use the word ‘myth,’ they do not mean something that, unlike a ‘fact,’ is simply untrue. Rather, ‘myth’ is a narrative that, although not necessarily factually accurate, is nonetheless true in a deeper and more significant sense."

Cecil B. DeMille to the contrary, this book wisely helps readers to "loosen the grip of literalism."

Cox also welcomes opportunities to connect biblical narratives with the world of the present era. The account, for example, of the battle fought by Joshua "now poses the blunt question ofwhether in a world armed with weapons of mass destruction we can continue to permit conquests of any sort, or ideologies and religions that validate them."

Finally, as far as this review is concerned, Cox’s discussion of the New Testament’s final document, the Book of Revelation, should be welcomed and studied by Catholic readers. His account of Revelation’s wild and wooly history is gripping and informative. It also is the perfect antidote to any and all of the nutty interpretations Revelation frequently receives from fundamentalist Christian preachers.

Finley is the author of more than 30 books including "What Faith is Not" (Sheed &Ward) and a best-seller, "The Rosary Handbook" (The Word Among Us Press).