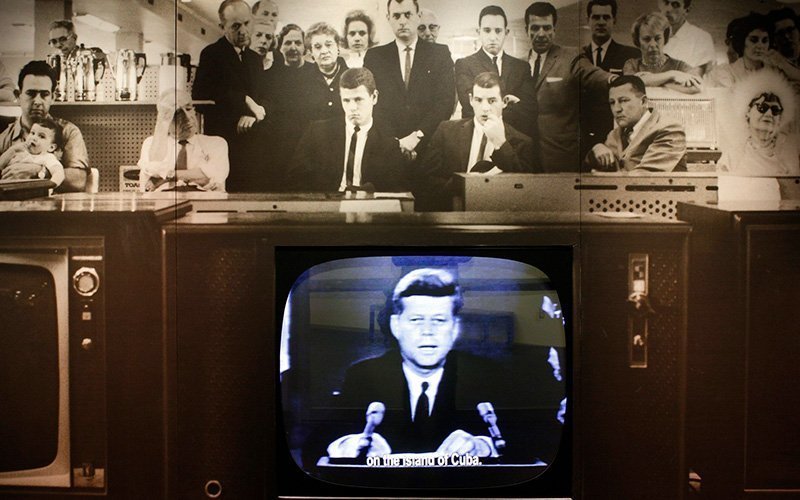 WASHINGTON (CNS) — Catholics in public life, saints and sainthood candidates, figures from U.S. history, military heroes, leaders in science, politicians and athletes were included in a list of dozens of figures President Donald Trump said will be in a new National Garden of American Heroes he created by executive order Jan. 18.

The garden “will be built to reflect the awesome splendor of our country’s timeless exceptionalism,” he said in the order. “It will be a place where citizens, young and old, can renew their vision of greatness and take up the challenge that I gave every American in my first address to Congress, to ‘believe in yourselves, believe in your future, and believe, once more, in America.'”

“The chronicles of our history show that America is a land of heroes,” said Trump, who first announced his plan for such a garden in his address at Mount Rushmore on the Fourth of July.

His plan for a public garden “where the legends of America’s past will be remembered” is in part an effort, he said, to counter last summer’s destruction and violence aimed at statues and memorials around the country.

Among dozens of others Trump included are Sacagawea, a 16-year-old Lemhi Shoshone woman who helped the Lewis and Clark Expedition; Sojourner Truth and Harriet Tubman, Black women who were born into slavery, escaped and fought for the abolition of slavery; and Medgar Wiley Evers, a Black civil rights activist in Mississippi.

“The National Garden is America’s answer to this reckless attempt to erase our heroes, values, and entire way of life. On its grounds, the devastation and discord of the moment will be overcome with abiding love of country and lasting patriotism,” Trump said.

He did not announce a location for the garden but said the Interagency Task Force for Building and Rebuilding Monuments to American Heroes he established some months ago is moving forward on the project and will pick a site.

“Each individual has been chosen for embodying the American spirit of daring and defiance, excellence and adventure, courage and confidence, loyalty and love,” Trump said. “Astounding the world by the sheer power of their example, each one of them has contributed indispensably to America’s noble history, the best chapters of which are still to come.”