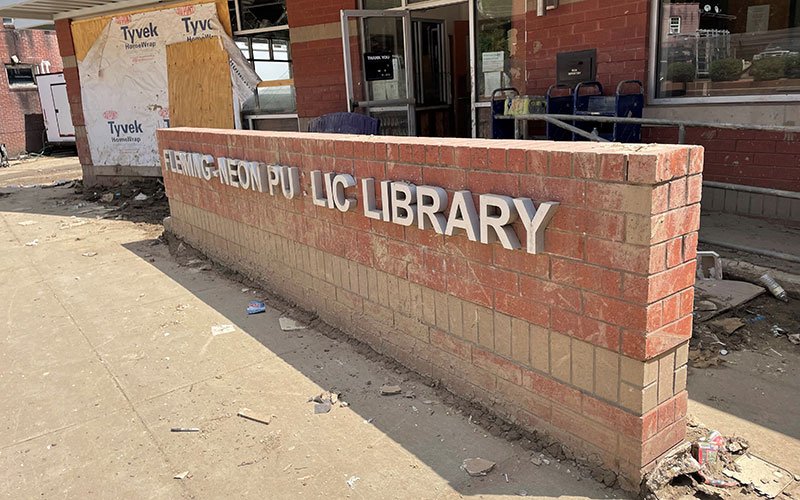 WENSBORO, Ky. (CNS) — Back in December 2021, when western Kentucky was devastated by historic tornadoes, Catholics from dioceses around the Bluegrass State responded by sending more than $2 million to help the Diocese of Owensboro respond to survivors’ needs.

At the end of July, torrential rains and deadly flooding struck eastern Kentucky, which includes the Diocese of Lexington. According to Gov. Andy Beshear, at least 14 counties and three cities declared local states of emergency.

Bishop William F. Medley of Owensboro in a recent letter to the faithful of the Diocese of Owensboro called to mind the generosity of their eastern Kentucky neighbors in the aftermath of the tornadoes.

“Now it’s our turn to repay their kindness,” the bishop wrote. He asked all 78 parishes to take up a special collection and to be “as generous as possible” in responding to the floods.

Bishop Medley added that his diocese was “overwhelmed” by the “outpouring of love, support and generosity” of Catholics from the dioceses of Louisville, Covington and Lexington. “It is a blessing that we now have the opportunity to respond in the same way to our brothers and sisters on the other side of the state,” he said in his Aug. 1 letter.

As of Oct. 17, the Diocese of Owensboro had received approximately $249,000 to send to flood recovery in eastern Kentucky. Of that total, $210,000 was received from its diocesan parishes and the remaining $39,000 came from individuals, foundations, and others.

More than 40 people have died from the floods

The governor’s office announced Oct. 13 that the death toll from the floods now stands at 43. One individual remained missing — Vanessa Baker of Breathitt County — still missing. More than 78,000 tons of debris have since been removed from land and another 37,000 tons were removed from water.

“Let us pray for those families and all of eastern Kentucky as we continue to try to stabilize the region and ultimately turn toward rebuilding,” Beshear said.

While still in the midst of western Kentucky tornado recovery efforts, Catholic Charities of the Diocese of Owensboro has been working to assist flood survivors as well.

Katina Hayden, who is director of case management of the Catholic agency, traveled with several fellow staff members in mid-August to transport a trailer of donated supplies to eastern Kentucky.

Hayden told The Western Kentucky Catholic, Owensboro’s diocesan newspaper, that the resilience she witnessed among the flood survivors “was amazing.”

She said when she began gathering information about the families’ needs, she was moved by how “they were very open to talking with us. When we gave them gift cards to assist the families they hugged us in gratitude.”

As she and staff walked through the hard-hit city of Fleming-Neon, Hayden said, families “were cleaning and mucking out their businesses and homes but stopped to say hello or wave as if we had always been in their community.”

The needs of flood survivors, and the ongoing needs of tornado survivors, are specific to each family. At this time, monetary donations are most appreciated so that survivors can purchase what they need. To send a donation, go to https://owensborodiocese.org/give.

Barnstead is editor of The Western Kentucky Catholic, newspaper of the Diocese of Owensboro.