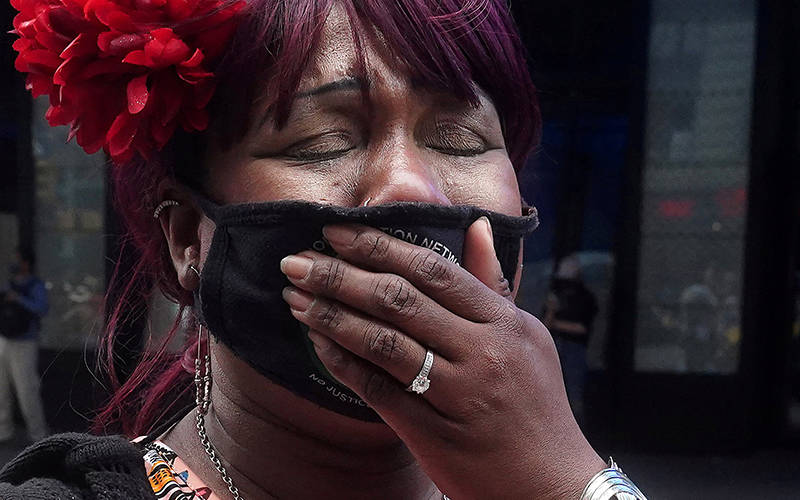 WASHINGTON (CNS) — Following the Chauvin verdict, the chairmen of two U.S. bishops’ committees prayed God “strengthens us to cleanse our land of the evil of racism, which also manifests in ways that are hardly ever spoken, ways that never reach the headlines.”

The May 25, 2020, death of George Floyd while in police custody and the surrounding events, including the three-week trial of Derek Chauvin, the former Minneapolis police officer now found guilty for his death, revealed “so much pain and sadness.”

Floyd’s death “highlighted and amplified the deep need to see the sacredness in all people, but especially those who have been historically oppressed. Whatever the stage of human life, it not only matters, it is sacred,” said the chairmen’s joint statement April 21.

It was issued by Bishop Shelton J. Fabre of Houma-Thibodaux, Louisiana, chairman of the U.S. Conference of Catholic Bishops’ Ad Hoc Committee Against Racism, and Archbishop Paul S. Coakley of Oklahoma City, chairman of the USCCB’s Committee on Domestic Justice and Human Development.

The events following Floyd’s death — which included protests and riots across the Twin Cities, the nation and parts of the world — “also highlighted the urgent need for racial healing and reconciliation,” the prelates said. “As we have seen so plainly this past year, social injustices still exist in our country, and the nation remains deeply divided on how to right those wrongs.”

On April 20, the jury, after deliberating for more than 10 hours over two days, found Chauvin found guilty of second-degree unintentional murder, third-degree murder and second-degree manslaughter in the death of Floyd, an African American. Chauvin is white.

His actions in Floyd’s arrest, including restraining him for nine minutes and 29 seconds with a knee on his neck as he lay on the street handcuffed, were captured on a bystanders’ video that went viral.

Bishop Fabre and Archbishop Coakley joined their voices and prayers in support of Archbishop Bernard A. Hebda of St. Paul and Minneapolis and the entire Minnesota Catholic Conference and they quoted a conference statement:

“As a diverse community, the Catholic Church is committed to changing hearts and minds and to moving the conversation about race in this country beyond accusations and recriminations toward practical, nonviolent solutions to the everyday problems that are encountered in these communities.”

The USCCB committee chairmen urged Catholics to “join in the hard work of peacefully rebuilding what hatred and frustration has torn down.”

“This is the true call of a disciple and the real work of restorative justice,” Bishop Fabre and Archbishop Coakley said. “Let us not lose the opportunity to pray that the Holy Spirit falls like a flood on our land again, as at Pentecost, providing us with spiritual, emotional and physical healing, as well as new ways to teach, preach, and model the Gospel message in how we treat each other.”

Their statement included a link to resources for prayer prepared by the Ad Hoc Committee Against Racism and posted on the USCCB website at https://bit.ly/3gs03DC.