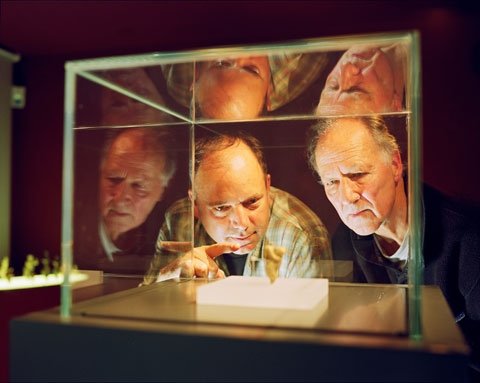 Although rated G, like any other visit to an art museum, it would be better appreciated by mature older adolescents, given its frank discussions of paintings and sculptures of nude women. The 32,000-year-old cave paintings are breathtaking, and snickering would be intrusive.

Herzog doesn’t use the 3-D technology just to add novelty and depth to cave features such as stalactites. Almost all the Paleolithic paintings of 13 species, including horses, antelope, bison, lions, birds and rhinoceros, were made on curved rock walls, and when they were created by torchlight, and now illuminated by the flickering lights of the camera crew, were and are meant to give the illusion of depth and motion.

Many of the paintings are so sophisticated in execution that when they were first discovered in 1994 — before being quickly sealed off by the French government to protect them — there was much investigation to determine that they weren’t modern frauds.

What does the artwork mean? Several authorities offer theories, although since the caves were never used as homes, it’s generally assumed that the art holds spiritual meaning. Everyone’s tone is appropriately hushed.