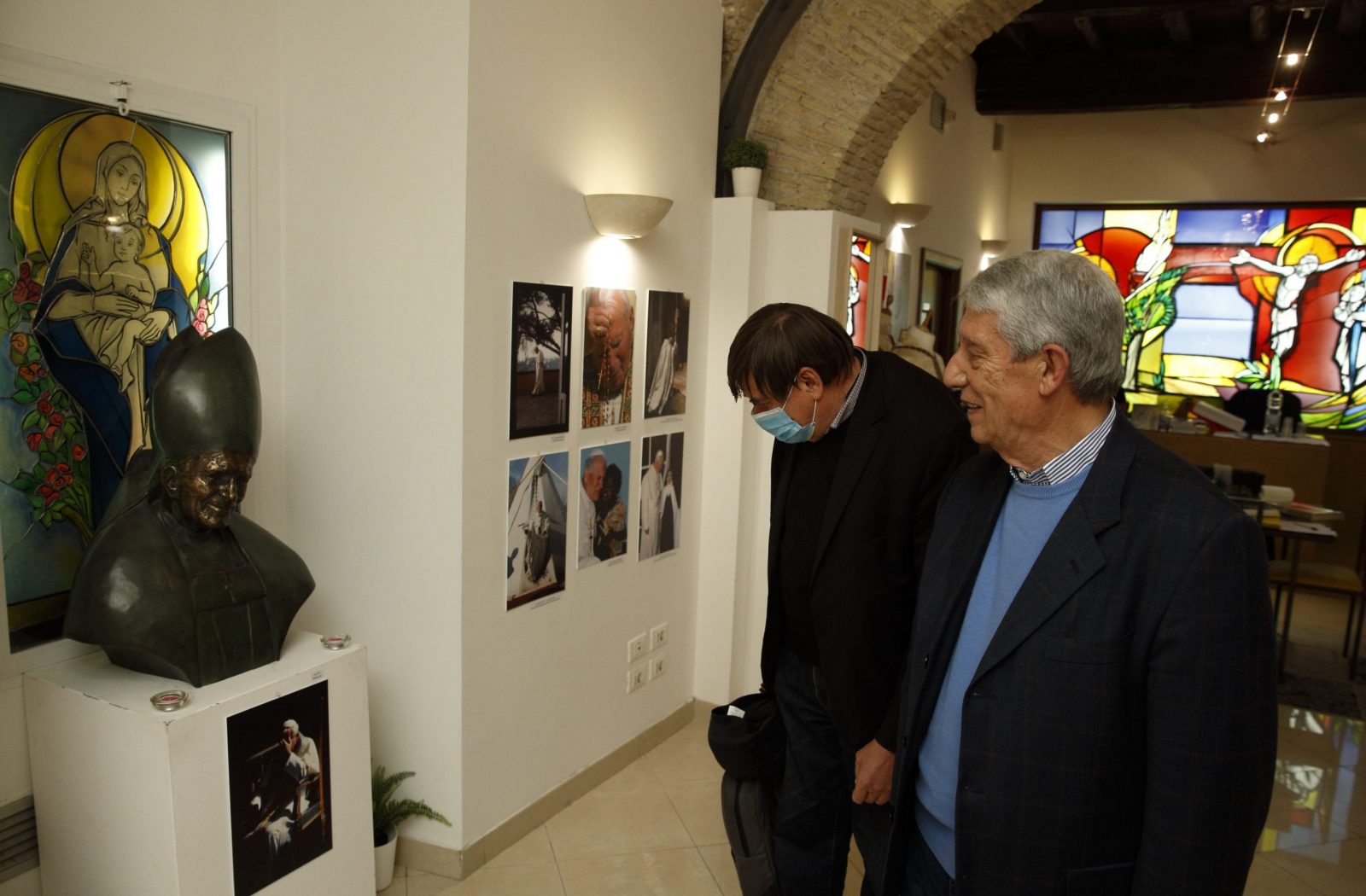 Giancarlo Giuliani, right, and fellow photographer Grzegorz Galazka look at an exhibit of Giuliani's photos from the pontificate of St. John Paul II in Rome Oct. 16, 2020. Giuliani, a contributing photographer for Catholic News Service for many years, began covering the Vatican in 1961. (CNS photo by Paul Haring)

ROME (CNS) — A few steps from the Vatican, on the 42nd anniversary of the election of St. John Paul II, a small exhibit opened to celebrate the Polish-born pope, but also a father-daughter team of photographers who helped document his pontificate.

Giancarlo Giuliani began covering the Vatican as a photojournalist in 1961; his daughter, Alessia Giuliani, joined him in 1999.

St. John Paul was born in 1920; the COVID-19 lockdown and ongoing restrictions meant that most of the events planned in Rome to mark the centenary of his birth were canceled or postponed.

But at the Arte Poli gallery, from Oct. 16 to April 2, 2021, visitors can glimpse the late pope’s personality through the Giulianis’ photographs and through objects he used, speeches written in his own hand and sculptures of him loaned to the exhibit.

For the elder Giuliani there is no doubt who was his favorite pope to photograph.

St. John Paul “was an actor,” who was comfortable in front of the cameras and who “would let us work,” he said.

The sporty Polish pope was only 58 when he was elected and he traveled the world, even once age and Parkinson’s disease began to curve his back and make his steps falter.

Giuliani, the father, said he photographed St. John Paul on 103 of the 104 foreign trips he made, missing only a 1985 day trip to Lichtenstein because he wasn’t feeling well.

He admired St. John Paul as a person, he said, “and I wanted to bring out his humanity in my photos and share it.”