Centenary of the ratification of the 19th Amendment: Women's leadership - Catholic Courier 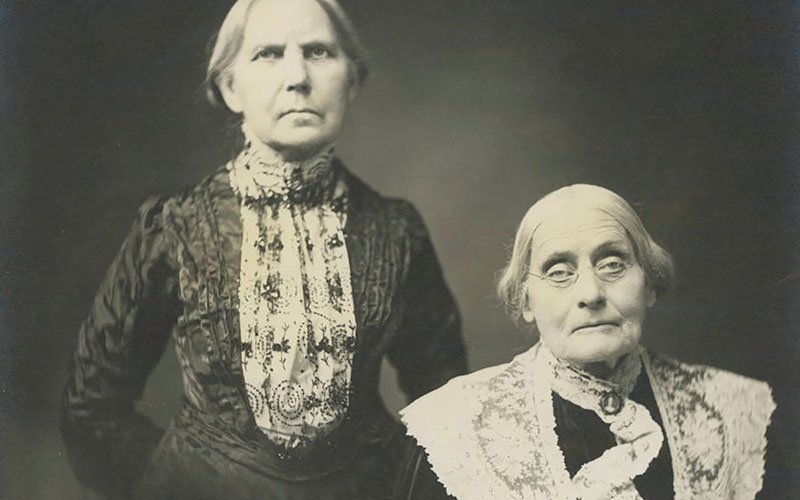 Susan B. Anthony, right, and her sister Mary Anthony, are seen in this 1905 photo. (CNS photo by Grace Woodworth, Seneca Falls Historical Society, Handout via Reuters)

As we mark the 100th anniversary of the ratification of the constitutional amendment that gave women the right to vote, for most it will not be a shock to learn that the Catholic Church was not out front in the movement for women’s suffrage. In fact, some of the Catholic women who were prominent writers when the movement was gaining ground were more known for their anti-suffrage views.

It was only with growing appreciation for women’s contribution to the World War I war effort, and for their voices in support of more just labor policies that a stronger tide for Catholic support began to turn.

As historian Jeanne Petit recounts, even after the 19th Amendment was ratified, Catholic women faced an uphill battle. A 1921 declaration by Archbishop Sebastian G. Messmer of Milwaukee is indicative: “Man is made by God to fight the public battles, not the woman.”

In response, the laywomen of the newly formed National Council of Catholic Women warned that dismissing their work would only play into the hands of those who hope to submerge a Catholic contribution to the broader culture.

What gave these Catholic women their hopeful drive to continue to organize? The anonymous author wrote: “The vision and wisdom of Catholic women will save us from that day … for we live our faith when we realize that we are all parts of the body of Christ — the church.”

How might the power of that transformative message be conveyed today? We might take a clue from the methods of the suffragists themselves.

In 1910, Alice Paul returned to the U.S. after spending time with British movement leaders, bringing a host of creative ideas for how to communicate to a much broader audience what was at stake in the drive for suffrage. The National Woman’s Party that she founded helped people to visualize their cause, with photographs, drawings, parades, pickets, boycotts and hunger strikes.

If she were to spearhead a movement strategy today, I think she would greatly appreciate the role of film in depicting the contribution of women’s insight and leadership. In her honor, let’s turn to a scene from the most recent “Star Wars” movie, “The Rise of Skywalker” (2019).

The heroine Rey and her two male companions are drawn by quicksand into an abandoned underground spaceship. As they poke around, they suddenly face a very large and very angry desert serpent. The two men raise their weapons, but Rey indicates that they should hold their fire.

To their astonishment, Rey moves closer to the serpent, stepping into the creature’s coil. From there, she is able to actually see what the problem was: It was wounded. Rey then places her hand on the wound as healing power emanates from her body. The creature then freely moves out of the way of the explorers’ path.

In the film, “force healing” is not limited to women. And after this incident, Rey humbly comments to the droid BB-8: “You would have done the same.” Nonetheless, the image beautifully depicts the vision and wisdom of women in leadership roles: the insight to know when to lower one’s weapon, the courage to step into places of anger or pain, and the power to be a healing presence.

The centenary of the ratification of the 19th Amendment represents a wonderful opportunity to revive a hopeful vision of the body of Christ enriched by the contributions of women and men together. In turn, this hope will help us to draw more fully on the resources, energy and insight that the church can offer for the service of public life and the common good.