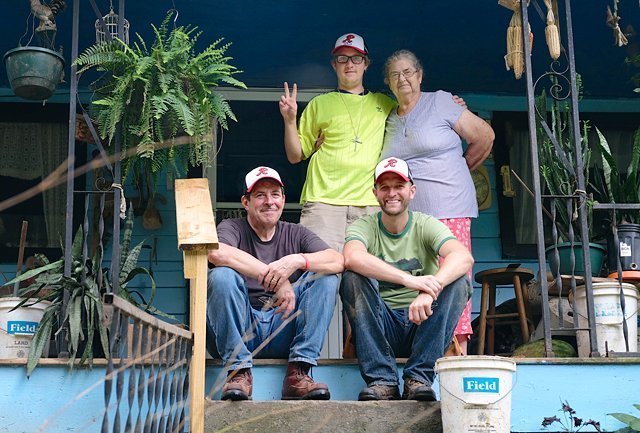 Reaching out to those in need is simply a way of life for Father Michael Bausch and many of his parishioners at Church of the Transfiguration in Pittsford. Father Bausch has been involved in social advocacy and justice-and-peace efforts since the 1970s, and Transfiguration currently boasts 22 ongoing ministries related to promoting peace and justice.

Rochester’s Catholic Family Center recently honored both the pastor and his parishioners with its Partner in Philanthropy Award, which was presented Feb. 5 during the agency’s annual gala.

"We’ve had a very solid track record of both justice and peace ministry as well as advocacy, so it’s nice to be recognized in those areas," Father Bausch told the Catholic Courier after the gala.

Father Bausch’s interest in serving others began at an early age. Both of his parents were very involved with Catholic Charities in Batavia and in other charitable endeavors in their community, and their example sparked his desire to follow their lead, Father Bausch said. That desire deepened when he went off to Alabama in the late 1960s to attend St. Bernard College, where the Benedictines running the school taught him to protest and advocate with honor and dignity.

Father Bausch moved back to western New York in the 1970s, where he was further inspired by Bishop Joseph Hogan and then Bishop Matthew H. Clark. He was still a seminarian at St. Bernard’s Seminary in Rochester when he began working with diocesan social-ministry committees, and after his ordination in 1979 he continued his involvement with various social-ministry efforts. In 1983 he became director of what eventually became Catholic Charities of the Southern Tier, and two years later he left the Southern Tier to move to Rochester and oversee the development of what eventually became Catholic Family Center.

He led this new agency until 1988, when he returned to parish ministry but continued to be heavily involved with various Catholic Charities efforts and other community outreaches. In 2002 he became pastor of Transfiguration, which already had a strong background in social ministry.

"A lot of it dates back to our founding pastor, Father Jerry Appelby, who was the pastor from 1983 to 2002," Father Bausch said. "He left quite a legacy, so I was able to come in and build on it with my passion for justice and peace and Catholic Charities."

Transfiguration has a culture of caring, compassionate community members who listen intently to the Gospel and try to make a difference, noted Craig Rand, president of the parish’s pastoral council.

"The original founding members started something unique, and the rest of us have continued to hold those beliefs and practices as not just words but action points for us to make a difference," said Rand, who has been a parishioner at Transfiguration for 19 years. "I think we do great work and represent what Jesus wants us to do each and every day."

Transfiguration parishioners are caring people who are always willing to give back to those who need help in their own communities as well as other places in the nation and even the world, Rand said. Parishioners work with a large number of local organizations, including Catholic Family Center and the House of Mercy in Rochester, maintain a community garden and recently worked with the city of Rochester to revitalize Portland Avenue. Twice a year parishioners visit Transfiguration’s sister parish, Holy Family Parish in Booneville, Ky., to work with and for the people of the area as they improve their homes, and in 2011 the parish adopted the community of Valle Verde in El Salvador. Since then parishioners have built more than 40 homes, provided families with goats for nutritional and microbusiness purposes, funded scholarships and currently are raising money to build a new school there.

"We are blessed with a community that lives the social Gospel by discerning their role in the process and bringing it to life with their hearts, their hands and their ongoing financial support," noted Margie Benza, pastoral associate at Transfiguration.

"He said, ‘Each of us has a mission. Our community has a purpose, to receive God’s love and to show God’s love to others. … Love is our mission, and it is in the giving away of that love that we achieve our mission,’" Benza recalled.