Child protection goes global from the ground up - Catholic Courier 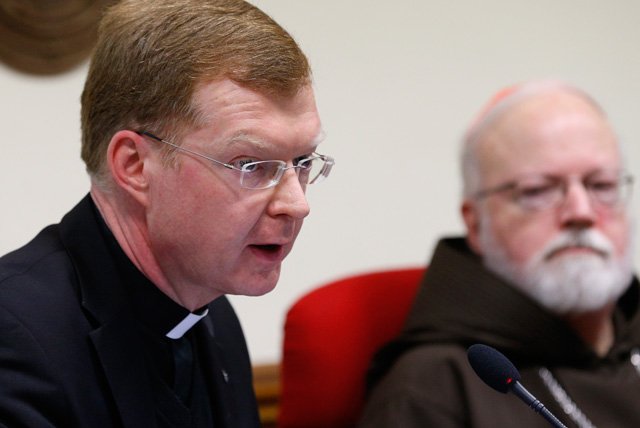 VATICAN CITY (CNS) — Some parts of the world see swift attention paid to victims of sexual abuse and others still experience delays or a mishandling of allegations.

This imbalance, one Jesuit expert has said, reflects how years of papal pleas and Vatican mandates have not been received or implemented consistently everywhere.

Because the church’s typical top-down approach in getting the message out may not be enough, Jesuit Father Hans Zollner is spearheading a complementary course: a global alliance built and grown from the ground up by individual priests, religious and laity along with Catholic universities, religious orders and bishops’ conferences.

Father Zollner, president of the Center for Child Protection at Rome’s Pontifical Gregorian University, told Catholic News Service in late December of the center’s plan to launch the new alliance in the coming months.

The center offers a specialized e-learning program and an on-site diploma course in safeguarding minors. What makes the program’s graduates unique is they then use their new skills and local knowledge to train and educate others "back home" on a local, diocesan and even national level.

"It’s snowballing," the Jesuit priest said, in a way that the church doesn’t normally work.

While "the church has this unique system of flow of information" that trickles "from the top down to the grass-roots level," the church sometimes "doesn’t take advantage sufficiently of the potential benefit" of all the expertise, access and sheer numbers of people "on the ground."

The Center for Child Protection-Global Alliance, he said, would be a network of organizations — starting with some of the pontifical and Catholic universities that have already partnered with the center with its e-learning programs — committed to working with local experts and exchanging valuable and concrete information.

"Until now, almost, almost every single country had to learn its own lesson the hard way because they did not look to their neighbor" when it was caught off guard, he said. For example, he said, when scandal struck the church in the U.S., Ireland and Germany, neighboring nations did not see it as a warning sign for what may be happening in their own backyard.

He said he hoped the creation of this global alliance could help show how efforts and information become more effective when spread by experts across the front lines.

Father Zollner said he has been impressed with the skills, commitment and enthusiasm at the seminars he has helped lead through the center and as a member of the Pontifical Commission for the Protection of Minors. The commission, which was established in 2014 to provide resources, guidelines and best practices, has more than a dozen members who raise awareness and advocate firm action around the world.

For example, Father Zollner, Archbishop Charles J. Scicluna of Malta, and Cardinal Sean P. O’Malley of Boston spoke in Mexico City at a congress on child protection in November attended by more than 400 people representing 60 dioceses, 40 religious congregations and more.

The three men offered their insight and experience frankly and directly, he said. "You can be sure it wasn’t light to take, this is heavy stuff," he said.

Archbishop Scicluna spent years at the Congregation for the Doctrine of the Faith, handling accusations of clerical sex abuse. He long has insisted that church officials respond to allegations clearly and without creating "a culture of silence or repression."

The center also will host a congress on minors and online abuse, titled "Child Dignity in the Digital World," Oct. 3-6, 2017. Father Zollner said he met with Pope Francis Dec. 21 to tell him about the congress and got "his approval and support."

The pope was "moved and shaken" by estimates the priest provided that in India alone it is expected 500 million more people will go online next year and at least half of them will be minors, "exposing them to all kinds of risks we can hardly imagine."

The organizers are inviting software companies, representatives from government and law enforcement, science experts and policymakers to share ideas on protecting minors from abuse online including looking at how young people abuse the internet and each other, for example, through "sextortion" or extorting others with their sexual information or images.

He said he also presented the pope with a proposal that the 2018 Synod of Bishops on youth include the topic of safeguarding children from abuse.

Despite so much progress, Father Zollner told CNS, one lingering obstacle is "to break the silence."

There’s a continued reluctance "to verbalize and intervene" in some places when it comes to abuse, he said. In part, people avoid talking about it, he said, because it’s such an "uncomfortable topic" and "so repugnant."

However, sometimes the silence also is the fruit of negligence, he said, such as when "I protect my institution first of all and the rest is secondary. I don’t listen to the victim. I put the legal adviser and financial interests first" before the human person in need.

While such a response would be wrong everywhere, it especially should not exist for the church, he said.

The other major obstacle, he said, is getting people to realize what is at stake: the lives and future of children and young people who are meant to grow up "having opportunities, be educated, to play, to cry, to be joyful," and not scarred by the trauma of abuse.

So even if abuse, prevention and correction are talked about, the talk risks just being "lip service" if it’s not taken seriously or "not really followed up" with concrete help and effort on every church level, like youth programs, pastoral planning, the selection of priests and so on, he said.

It’s there that Father Zollner hopes their global alliance will make its impact — getting the church’s talented and dedicated members on the ground to work.