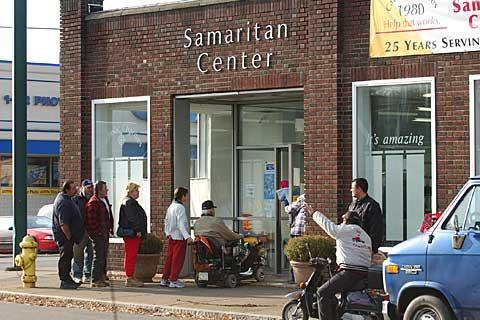 There’s still time to help the Catholic Courier/Catholic Charities Christmas Appeal reach its campaign goal for 2009-10, and you don’t have to part with much cash to do so.

Stubbings noted that a recently added incentive will assist in achieving the appeal’s goal. An anonymous donor has agreed to add $5 for every individual donation made during February — and that amount will increase to $10 if the donation comes from somebody supporting the Christmas Appeal for the first time.

“If we could get some first-time people to donate $10, then (the combined gift) would be $20,” said Stubbings, who serves as the Courier’s circulation manager.

Donations in any amount will trigger the anonymous contribution. This arrangement applies until Feb. 28, which is the official final day of the 2009-10 Christmas Appeal. Donations received after that date will be applied toward the 2010-11 appeal.

Stubbings acknowledged that the idea of garnering many small contributions to make a big difference is comparable to the American Red Cross soliciting $10 donations — via texting on cell phones — for relief efforts involving the devastating earthquake that struck Haiti on Jan. 12.

“We’re trying to promote the idea that every bit helps,” Stubbings said, adding that she hopes people will see fit to spare a few extra dollars for the Christmas Appeal even though most charitable activity is now focused on Haiti “as well it should be.”

The Christmas Appeal is now in its 40th year. Proceeds are allocated to the emergency funds of a number of diocesan agencies, including Catholic Charities outlets in all parts of the diocese. Recent Courier stories on the appeal have included profiles of community outreach centers in East Rochester, Spencerport and Hamlin that assist people struggling with hunger, financial difficulty and even homelessness; a Rochester inner-city ministry that provides bicycles for people in need of transportation; and Catholic Charities facilities in the Finger Lakes and Southern Tier.

The 2008-09 Christmas Appeal raised a final amount of $43,400. Caseworkers from Catholic Charities agencies noted that proceeds from last year’s appeal were used to provide emergency expenses in such areas as baby supplies, rent, medicine, utilities, gasoline and health supplies.