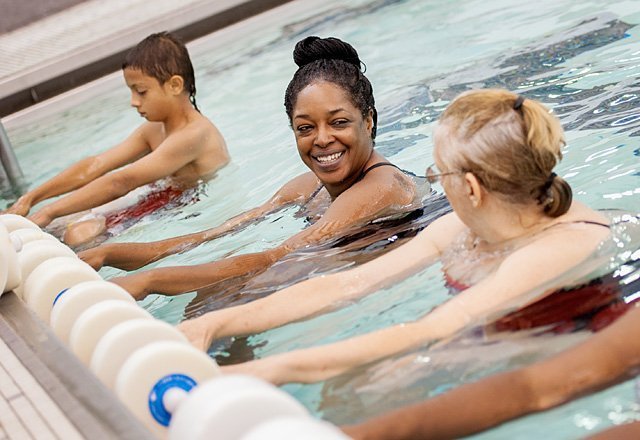 Health is a spiritual matter.

And helping churches play a bigger role in the health and well-being of their congregations was one of the recommendations from the Finger Lakes Health Systems Agency’s "Blueprint for Improving Community Health," which was recently released.

FLHSA convened a regional commission of area leaders in 2013 to study and develop ideas for improving the integration of care and addressing the complex medical, behavioral and social needs of "vulnerable community residents," according to the blueprint report (http://bit.ly/1hsgGh0). That commission included representatives from human service and community-based organizations, public health, health care, government, education and business.

The commission eventually broke out into three work groups that came up with recommendations to address the key areas of behavioral health, senior health, and prevention and population health focused on obesity and smoke-free environments.

Dr. James Schuppert, director of health services for Corning Inc., served on the latter group. As a major employer, the health of the workforce is important, he said. The commission labeled obesity a "national epidemic," according to the report.

"We clearly see a value because the employees we’re recruiting come from our community. So, obviously, the health of the community reflects on our corporation," he explained. "If we hire healthier employees, that is less work we have to do to enhance their wellness and health. But we bear the consequences when they suffer chronic disease and illness. So, the more we ensure a healthy workforce, the better it is from a business standpoint."

And addressing obesity through community partnerships that include large corporations or organizations — like Corning and the University of Rochester for example — as well as faith-based initiatives is necessary to help the overall well-being of the nine counties that the commission studied, Shuppert added. Those counties are Monroe, Ontario, Wayne, Livingston, Seneca, Steuben, Yates, Schuyler and Chemung.

* Nationally, obesity accounts for as much as 21 percent of the $190 billion in overall annual medical spending.

* Locally, the percentage of adults who are obese or overweight ranges from 56 percent in Ontario County to 72 percent in Wayne County. Rates of obesity or being overweight also are high among minority groups, affecting about 75 percent of African-American adults in Monroe County.

* An average of 17 percent of adults in the Finger Lakes smoke, with rates as high as 28 percent among adults with low socioeconomic status and educational attainment.

* Asthma is the third most prevalent chronic condition among Medicaid beneficiaries in the region. The disease causes more than 5,000 emergency department visits per year in local hospitals.

Schuppert called obesity a "downstream condition" that can lead to such other chronic conditions as heart disease, high blood pressure and diabetes. The same can be said of smoking, which can cause lung and heart disease, as well as air pollution that has led to increases in such respiratory conditions as chronic obstructive pulmonary disease (COPD) and asthma, he added.

"Clearly, we’ve made tremendous progress" on educating the public about the dangers of smoking, he said, noting that this is the 50th anniversary of the U.S. Surgeon General’s report on smoking’s dangers.

"But, we still have smoking rates that are too high," he remarked. For example, he noted that there is a 30 percent smoking rate among adults in Steuben County.

With the younger generation, though, having grown up in smoke-free environments in schools, restaurants and government buildings, those messages of health also may translate to the obesity issue, he said.

As more schools redesign cafeterias to offer healthier choices as well as make those choices look more appealing, students’ eating habits will evolve, Shuppert said. And if adults are hearing the same messages and seeing similar changes in their vending machines or cafeterias, then they also can use that information to model such eating habits at home, and real change can take place, he said.

Increasing physical activity also needs to be a part of those behavioral changes and is where a coalition of churches is helping in this effort, said Phyllis Jackson, a community engagement specialist with FLHSA.

She created the Interdenominational Health Ministry coalition in 2012, and the commission’s report will provide the coalition with the tools to boost its outreach to more churches, Jackson said.

"Church is the perfect place to do this because people already have standing relationships," she said. "The trust is there."

Father Mickey McGrath, copastor of St. Frances Xavier Cabrini Parish, agreed that churches do have a responsibility to care for their flocks. Jackson contacted the parish when she created the coalition, and St. Michael Church — which is part of St. Frances Xavier Cabrini — eventually installed a blood pressure monitor in its front entry. And the parish’s annual Community Day aims to connect parishioners to health resources.

"We do need to continue to do these things," Father McGrath said.

Parishioners are craving that kind of health information, noted Priscilla DeJésus, who oversees the ministry of the sick for St. Frances Xavier Cabrini. She has received diabetes education training from the American Diabetes Association’s local chapter and has led workshops in Spanish on nutrition and exercise at the parish and for local senior groups.

"Our (Latino) community lacks this information, sometimes because of the language barrier," she said. "But one of the goals of the church is (to maintain) the good health of its parishioners."

That should be the goal for all churches, who share the faith tenets that the body is a temple and one must be a good steward of that temple, Jackson said.

"We want it to be known that no matter your denomination, this is a spiritual matter for you," she said. "Yes, this is about getting people fit and losing excess pounds. But it’s also about changing the way we think and act, changing behaviors."

Currently, about 15 churches are part of the coalition, she said, and she welcomes more participation from Catholic and Islamic congregations. A newly hired outreach worker will assist with that endeavor, said Jackson, a nurse who also is an associate pastor at Joint Heirs Kingdom Ministry in Rochester.

The coalition’s churches have offered an array of programs thus far, from aqua aerobics classes to walking groups to medication workshops to free memberships to area fitness clubs, she added. Its biggest project thus far was organizing a men’s conference that was held in the spring.

A second mini-conference for men will be offered Sept. 12 at Mt. Olivet Baptist Church in Rochester, she said.

"We have to address all these issues; we’ve got to attack … at every front: the faith community, the public health community and academia," she said. "This (work) is what’s good for Rochester."

EDITOR’S NOTE: For a full list of the regional commission’s recommendations, visit http://bit.ly/1J76CTy. To learn more about the faith-based initiative, call Phyllis Jackson at 585-224-3153.

Tags: Health
Copyright © 2022 Catholic Courier, Inc. All rights reserved. Linking is encouraged, but republishing or redistributing, including by framing or similar means, without the publisher's prior written permission is prohibited.