Church's teachers must witness to the Gospel - Catholic Courier 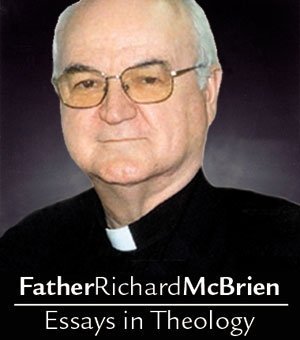 "The best preparation for the new millennium," the late Pope John Paul II wrote in his apostolic letter of 1994, Tertio millennio adveniente ("On the approaching third millennium"), "can only be expressed in a renewed commitment to apply, as faithfully as possible, the teachings of Vatican II to the life of every individual and of the whole Church."

The problem is that many Catholics believe, not without reason, that the leadership of the church has been in the process these past few decades of ignoring or even dismantling the reforms achieved at the Second Vatican Council.

This dismantling effort is revealed in the changing of the texts of the Mass and the other sacraments (often referred to as the "reform of the reform") beginning on the First Sunday of Advent, and in the appointment of bishops deemed unquestionably loyal to the Holy See, especially on issues such as contraception, the ordination of women and obligatory clerical celibacy.

The changed complexion of the U.S. hierarchy, to take but one example, was dramatically disclosed in the insistence of some leading American bishops (one of who was subsequently called to Rome and made a cardinal) that it would be a grave sin for Catholics to vote for Sen. John Kerry, a Catholic, for president in 2004 or for Sen. Barack Obama in 2008; the widespread opposition of many more bishops to the University of Notre Dame’s invitation to now-President Obama to be its commencement speaker and honorary degree recipient in 2009; and the virtual silence of the bishops in key states such as Wisconsin, Ohio and Florida regarding the attack on workers’ bargaining rights, long a linchpin of Catholic social teaching.

Such bishops, in turn, attract (or discourage) a certain type of candidate for the priesthood. So the problem comes closer and closer to home for the majority of Catholics, one in 10 of whom have already drifted away from the church. According to the recent Pew Study, ex-Catholics would constitute the second largest Christian denomination if they were considered a church unto themselves.

It is more than appropriate during a time such as this to be sure that we embrace anew each of the ecclesiological contours of Vatican II’s teachings. That is why I am devoting several columns over the next few weeks to the major ecclesiological themes or principles proclaimed at the council.

The first and most basic ecclesiological principle at Vatican II is that the church is a mystery, or sacrament, and not only or even primarily an institution or organization.

To say that the church is a mystery, or sacrament, means, in the words of the late Pope Paul VI, that it is "a reality imbued with the hidden presence of God."

In other words, the church is not just a religious organization to which we belong or which we serve, as good churchmen or churchwomen. Rather, the church is the corporate presence of God in Christ, with a unity created and sustained by the Holy Spirit.

The council’s sacramental understanding of the church helped us to see how essential renewal and reform are to the church’s mission and ministries.

More and more since Vatican II, the church has been challenged to practice what it preaches because we recognize more clearly than ever before that the church has a missionary obligation to manifest visibly what it embodies invisibly.

The church is called to be a visible, communal sign of the invisible, renewing presence of God in the world and in human history.

"The first means of evangelization," Pope Paul VI declared in his 1975 apostolic exhortation on evangelization, Evangelii nuntiandi, "is the witness of an authentically Christian life."

He continued: "Modern men and women listen more willingly to witnesses than to teachers, and if they do listen to teachers, it is because they are witnesses. … It is therefore by its conduct and by its life that the Church will evangelize the world, in other words, by its living witness of fidelity to the Lord Jesus — the witness of poverty and detachment, of freedom in the face of the powers of this world, in short, the witness of sanctity" (n. 41).

Those who insist on their role as teachers of the church must take to heart those words of Paul VI. Their teaching is empty if it is not accompanied by a clear and compelling witness to the Gospel itself.