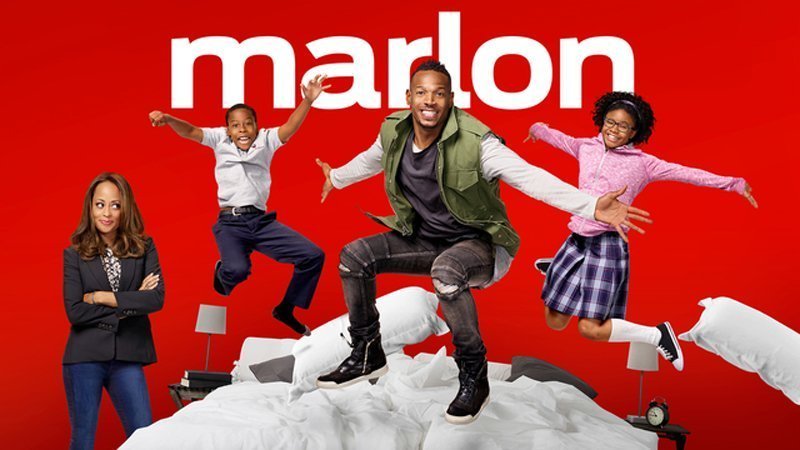 The cast of "Marlon"

Even from the outset, the dubious promotion of transactional sexuality and implied approval of promiscuity, suggestive and crude — occasionally offensive — language, together with misogynistic talk, skirt the line of acceptability even for the hardiest adults.

However, when the eponymous character exposes himself to patients in a podiatrist’s office, the program, even in the context of our distressingly vulgar era, crosses the line and becomes unsuitable for all. Of course, since this is network TV, the action in question is only implied. But the unsavory point has been made.

It’s a shame Wayans indulges in such excesses because, at its best, “Marlon” is very enjoyable. That’s largely thanks to the impressive verbal dexterity which marks Wayans’ energetic performance as his alter ego, Marlon Wayne.

Something of an amateur comedian, Marlon posts humorous videos about his personal life on YouTube, with unexpectedly successful results. Thus, in the pilot, he boasts about a following of 6 million subscribers. In a funny sight gag, he holds up seven fingers as he announces this news. Marlon has capitalized on his popularity to build a lucrative career as a product spokesman.

The father of 14-year-old daughter Marley (Notlim Taylor) and 10-year-old son Zack (Amir O’Neil), Marlon is divorced from his attractive, successful, with-it interior-designer wife, Ashley (Essence Atkins). Yet, as her sister, Yvette (Bresha Webb), says to Ashley, “He’s here more now than when you were married.”

The network’s publicity describes Marlon as the “biggest kid of all.” He likes spending time in the living-room fort he’s made for his kids, and revels in taking them to the age‚Äìinappropriate horror movie “Camp Slaughter.” Do we really need to see another show about a male stalled in his adolescence, though?

Given the degree of Marlon’s involvement with his children’s daily lives, moreover, the whole story line about divorce seems unnecessary. Perhaps the series should have followed the lead of ABC’s “Black-ish” instead. That show edifies viewers with its depiction of a successfully married couple attempting to parent children while also trying to navigate a path as African-Americans in a largely white world.

Like the characters on “Black-ish,” Marlon feels the tension between the world in which he grew up and his current lifestyle. This presumably reflects Wayans’ own experience as a successful actor and comic raised in a New York City housing project along with nine siblings, several of whom have also achieved fame.

When it works, “Marlon” largely relies on Wayans’ riffs, which are interrupted by tedious lulls when nothing of much note — amusing or otherwise — occurs. Atkins looks the part of Ashley, but there isn’t great chemistry between her and Wayans. She also falls short as the foil to Wayans the comedy requires.

The lack of a strong counterpart may explain why Wayans feels compelled to go to misguided lengths to capture viewers’ attention. But his gratuitous antics are unfortunate because there’s something essentially likable about Wayans, and sometimes something inescapably funny as well.

If his new show had foregone its morally ill-advised moments, given Wayans a stronger supporting cast and showcased better his keen cultural observations, “Marlon” would have been worthier of its namesake’s considerable gifts.