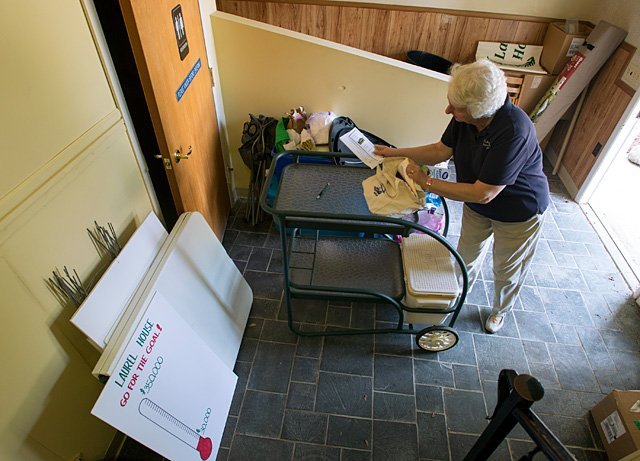 NEWARK — A group of volunteers has been working tirelessly for more than two years to provide a new option for dying Wayne County residents who do not wish to spend their final days in a hospital.

This new option is Laurel House Comfort Care Home, which is located at 224 Fair St. in Newark, just a stone’s throw from Newark-Wayne Community Hospital. Members of Laurel House’s board of directors signed a lease on the building in June and currently are working to raise the funds necessary to renovate and operate the facility.

"We are committed and excited about bringing Laurel House to reality," said Pat Albrecht, secretary of the facility’s board of directors.

Albrecht, who also is pastoral associate at St. Michael Parish in Newark, began contemplating the need for such a facility in 2013 at the suggestion of Mark Klyczek, who at the time was president of Newark-Wayne Community Hospital. Klyczek told Albrecht and the other members of the Newark Ministry Group — a group of ministers from local churches — that a local comfort-care home would ease the final transition for many dying patients and their families. These comfort-care homes are two-bed facilities that provide hospice care for individuals with just three months or less to live. Patients or their families are not charged for these services at comfort-care homes, which are typically located in residential structures with two private bedrooms and common kitchen and living spaces.

"It (a comfort-care home) supports the families because it’s a feeling of home," explained Gene Palmer, president of Laurel House’s board of directors. "In a hospital you can’t go and sit down and have coffee in the kitchen. You can’t go and cook (a patient’s) favorite meal for them if you want to." 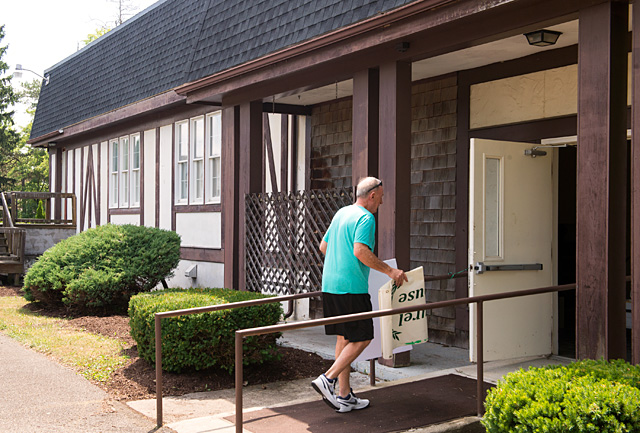 Although there are more than a dozen of these facilities within the 12-county Diocese of Rochester, the only two in the vicinity of Newark are Pines of Peace in Ontario and House of John in Clifton Springs, Albrecht said.

"There’s no question that there’s a need," said Albrecht, who noted that the idea of starting a local comfort-care home stayed on her mind for months. "You know how something kind of nibbles at you at the back of your mind? I kept thinking this is a good idea. It’s a call of the heart."

Albrecht eventually pursued the idea with help from others in the community, and Laurel House Comfort Care Home was incorporated in 2015. The building that will house the facility is being leased from Newark-Wayne Community Hospital and is a former doctor’s office in a residential neighborhood, Palmer said. Board members have not set an anticipated opening date for the home.

Fundraising efforts have been split into three phases. By late August Laurel House’s supporters had reached the first phase’s goal of $50,000, which will allow work on asbestos abatement to begin in October, Albrecht said. The goal for the next phase is $100,000, which would be used to renovate the facility, and the third goal of $200,000 would fund the facility’s annual operating budget, McUmber said.

"We’ll open when we have the money," Palmer added.

Fundraising didn’t begin in earnest until the spring of 2016, and community support has grown exponentially in just a few months, McUmber and Palmer agreed. A 5K race held in June attracted 80 runners and raised $3,000, and more than 25 people helped spruce up the grounds during a clean-up day held at the facility in July.

"As the awareness goes up, then more people get involved," Palmer said. "People start believing in you."

Fundraising will continue to be a priority even after the facility opens, since it will be entirely supported by donations, Palmer added. Recruiting volunteers is just as important as raising money, as volunteers will do everything from caring for patients to cooking, cleaning and gardening, Albrecht noted. Two full-time positions — a full-time director and a part-time nurse — will round out the facility’s staff.

Although Albrecht and several of Laurel House’s other board members are Catholic, the facility has no official ties to St. Michael Parish and welcomes "people of all faiths and no faiths" from Newark and all of Wayne County, Albrecht said.

Upcoming Events to be held on the grounds of Laurel House, 224 Fair St., Newark: