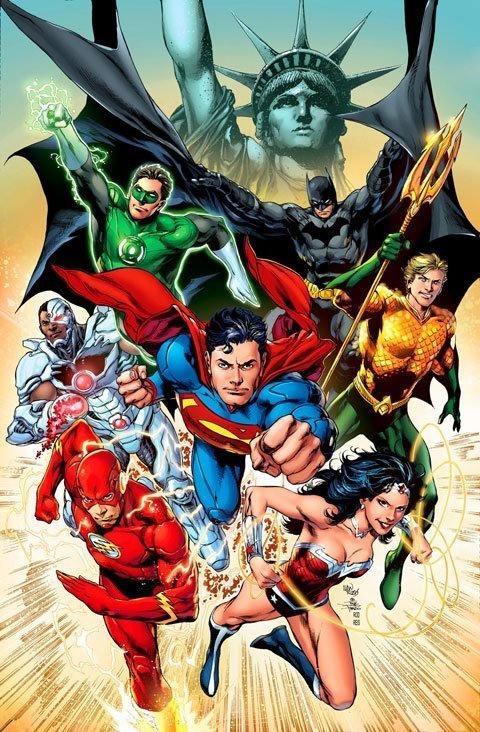 EDITOR’S NOTE: This is the first of an occasional series of Catholic News Service articles about comic books.

NEW YORK (CNS) — The first story sounds as old as the Book of Exodus: A mother and father, fearing his annihilation by a sinister force, place their newborn son in a vessel they hope will transport him to safety. Adopted by a completely different family, he grows up to deliver many from the oppression of evildoers.

Another well-known narrative tells of divine favor shown to a lesser being, by which the recipient was endowed with great power. But the favorite gave way to the sin of arrogance, and fell from grace. Turning from the path of righteousness, he raised up an army of the fallen to rebel against the very force that had once exalted him.

Those familiar with Scripture will, of course, recognize the outlines of the biblical biographies of Moses and Lucifer, respectively. Yet, within the world of comic books, the former tale recounts Superman’s origins, the latter concerns hero Hal Jordan’s primary nemesis in the Green Lantern series.

Thus Superman’s parents secured their infant in a spaceship to ensure his escape from the doomed planet Krypton. Arriving on Earth, he was eventually taken in and raised by the humble Kent family.

And the aforementioned archvillain, Thaal Sinestro? His backstory tells us that he was once the greatest figure among members of the intergalactic police force known as the Green Lanterns. He was raised to that office, moreover, by the supreme rulers of the "Green Lantern" cosmos, the Guardians of the Universe.

Yet, like Satan, Sinestro turned away from good, becoming instead the founder of the Sinestro Corps, the nefarious mirror image of the Green Lanterns — and their most powerful antagonists.

As for Superman, the baby Moses is not the only scriptural figure with whom analysts have connected him. In his 2011 study-cum-memoir "Supergods," for instance, famed Scottish comic book writer Grant Morrison asserts: "Superman was Christ, an unkillable champion sent down by his heavenly father (Jor-El) to redeem us by example and teach us how to solve our problems without killing one another."

Morrison’s analogy has its obvious limitations from a Catholic perspective. The salient point remains, however, that the fables behind any number of familiar comic book figures — from Spider-Man and the Flash to Batman and the X-Men — bear strong similarities, not only to Judeo-Christian narratives but to those of other faiths as well. They are often, moreover, deep, complex fictions calculated to convey a multitude of messages to their readers.

Whatever else can be said about them, these messages cannot be considered inconsequential.

The comic book industry is a juggernaut, going from strength to strength, continually surprising those who claim that the 21st century has no need of so old-fashioned a medium. In spite of the naysayers, the books fly off the shelves by their thousands, and many of them — perhaps most — end up in the hands of impressionable youngsters.

But comic book fans, of whatever age, are hardly the only ones to feel the genre’s cultural sway. Consider the movies: Following in the wake of such well-established screen franchises as "X-Men" and "Batman," the recent blockbuster "Marvel’s The Avengers’" has become one of the most successful theatrical releases in history.

So what can parents anxious to guide their children to wholesome reading matter do? And how is an adult reader of faith supposed to avoid shelling out hard-earned money on theologically warped or morally corrupt stories?

There is at least some assistance available to the discerning consumer or guardian. Although the Comics Code that was established in the early 1950s no longer exists, the main comic book companies now use self-imposed guideline systems similar to that overseen by the videogame industry’s Entertainment Software Rating Board.

As with the ESRB’s classifications, the comic book guidelines are intended to specify the appropriate age group for any given volume. An identifying phrase, word or symbol — such as "M — Mature" or simply "T+" — is displayed on the cover of most widely circulated comics. (The precise wording of the classifications varies from company to company.)

While they may take into account such matters of parental concern as violence and sexual content, these warnings are necessarily faith-neutral.

Thus a "Hellblazer" comic — within which there are many points of convergence with Catholic teaching — receives a Mature rating. But an issue of "Green Lantern," though peopled by polytheistic deities, may receive a T–Teen rating simply because it contains less blood and swearing than its "Hellblazer" counterpart.

This is not to say that the two ratings are in any way inaccurate. But, for believers, they are incomplete.

One vital way of making up for this deficiency is through parental interaction with young readers. Parents who take care to peruse comics before allowing kids to purchase them — and then make an effort to discuss the text once youngsters have finished reading — will likely find their investment of time well rewarded.

For instance, the aforementioned "Green Lantern" comics may be perfectly suitable for young Catholics, so long as they have a clear understanding that the Guardians of the Universe are not real, and that these grumpy and often evil pseudo-deities do not correspond to our understanding of the true God.

More positively, the way in which the multiple Guardians are portrayed as speaking and acting as one could provide an opening for a catechetical conversation about the nature of the Trinity.

To turn to another example, the Batman saga may not present any obvious theological problems, and may indeed be used to foster proper concepts of good and evil, villainy and justice.

Without a proper grounding in faith, however, readers could as easily see the Caped Crusader’s story as a celebration of vigilantism and revenge-driven violence. They might even take away the twisted notion that the inability to forgive is somehow a virtue.

Nor can adult comic book fans — even those well-educated in their faith — afford to check their consciences at the door to the multiverse.

With that in mind, forthcoming Catholic News Service articles will examine both the theological themes underlying well-established graphic series and the spiritual and moral values to be found in some of today’s brand-new offerings.

In the familiar words of the Green Lantern oath, our aim will be to guide readers toward brightest day while helping them steer clear of blackest night.