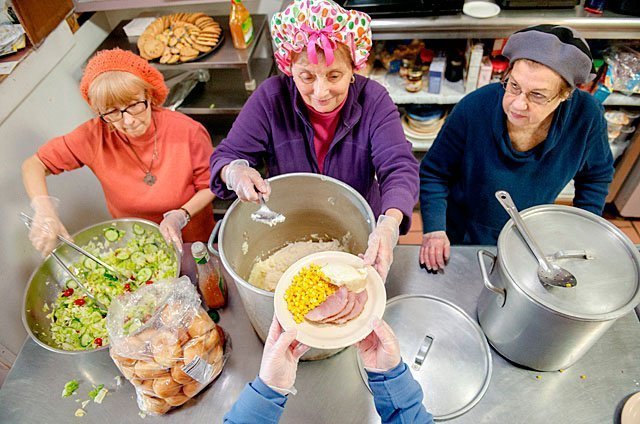 Like many cities around the country and region, Nashville, Tenn., and surrounding Davidson County had a longstanding problem with persistently high rates of poverty, with nearly 25 percent of its children living in that situation.

So, six years ago, Nashville leaders gathered representatives from all sectors of the community to tackle the decades-long problem.

More than 500 people, including low-income residents, took part in a symposium and developed a Poverty Reduction Initiative that outlined several areas of focus, including workforce development and the availability of affordable housing, food, health care and child care.

“It was actually quite fantastic to get that level of involvement,” said Cynthia Croom, executive director of Nashville’s Metropolitan Action Commission. “But we didn’t want to just have the event and be done.”

Subsequently, a document with recommendations was created, and the mayor’s office assigned implementation to the area’s Metropolitan Social Services, said Croom, whose organization serves in an advisory capacity. Social services staff attempted to form a public-private partnership to put into action the 30 recommendations contained in the implementation plan.

But despite these efforts, Nashville’s poverty rate actually has increased since the symposium took place. Croom and Dinah Gregory of Metropolitan Social Services attributed the increase to several factors, including the national economic downturn and assigning plan implementation to the metro government without providing additional staff to put the recommendations into action.

Nashville’s experience highlights the difficulty of combating poverty. But like anti-poverty initiatives developed by such other communities as Richmond, Va., and Lexington, Ky., the Nashville-Davidson County experiences do provide ideas for local leaders to consider as they attempt to build paths out of poverty for struggling families in the Rochester region. 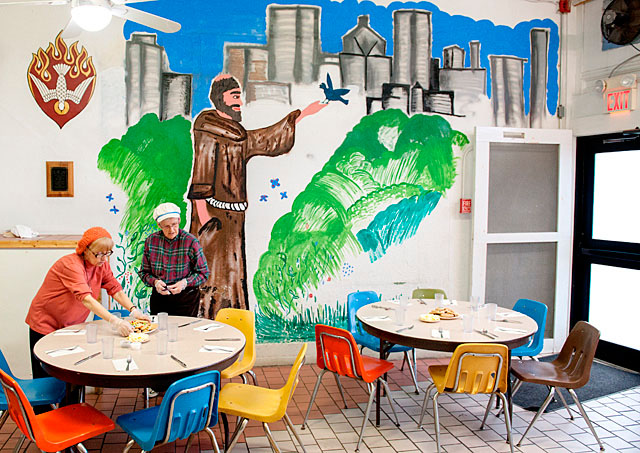 The plight of such families were highlighted in a December 2013 report by the Rochester Area Community Foundation, which shed light on increasing poverty in Monroe County suburbs and outlying counties, and on the persistence of extreme concentrations of poverty within the city of Rochester.

While none of the methods employed in other areas is seen as a panacea for poverty in this area, at least the communities in Virginia, Kentucky and Tennessee have attempted to address the issue, said Ed Doherty, author of the report.

Those communities “went to work, analyzed what was going on, developed strategies and solutions that required them to make … changes,” he said. “It is … the kind of (comprehensive) approach we need to take here.”

Such an approach goes beyond simply creating new anti-poverty programs, as the Rochester community has tried many times over the years, Doherty said. While effective programs that have helped individuals could be expanded, he noted none offer the kind of transformation needed to eradicate the extreme poverty found in Rochester, which has become the fifth poorest of the top 75 metropolitan areas in the country and is home to the poorest urban school district in New York state.

“Hopefully, there is some energy in the community to come up with solutions, a broader-based energy and a recognition that in order to get transformational changes in our schools, we have to address the area of poverty,” Doherty said.

A faith-based call to action

Leaders of local faith communities say they have the energy and desire to transform the community. They noted that the report’s findings were not news to them, instead underscoring what they see every day. But they said the report has served a purpose if it succeeds in conveying the reality of poverty to those in the region who never come face to face with it.

Some of those faith leaders already have begun taking action.

On March 27, ACT Rochester hosted its third “community report card” event, titled “Reflections on Moving to Action — Poverty in the City of Rochester.” Part of the Rochester Area Community Foundation, ACT Rochester annually provides the report card to objectively assess indicators of well-being for nine counties in the region.

And leaders of the Rochester Alliance of Communities Transforming Society — which also is known as Rochester ACTS, but is not related to ACT Rochester — are planning a rally and announcement in May to educate the community about the leadership program it has been developing for the past three years, said Father Bob Werth, copastor of St. Frances Xavier Cabrini Parish.

A nonpartisan, interfaith community organization of urban and suburban congregations, Rochester ACTS strives to create equal opportunity and a stronger, more prosperous community, according to www.gamaliel.org/OurWork.aspx.

The group’s goal is to get people together, find out what their concerns are and help them to mobilize themselves to address those concerns, Father Werth said. Alleviating poverty — along with ridding neighborhoods of violence and drugs — is likely be one of those concerns, he added.

“There are people who want to get things moving, want to get action,” Father Werth said. “This methodology is about leadership development — letting people have their own destiny. And that process takes a lot longer, because it doesn’t depend on a federal program or grant or charismatic leader. Those are all things that come and go.” 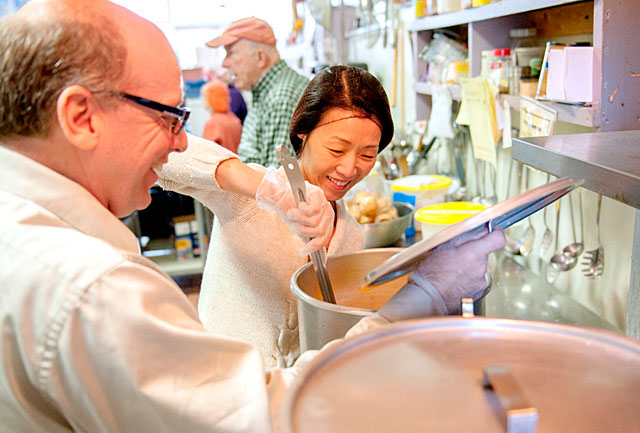 Rochester’s Children’s Agenda’s Interfaith Collaborative, meanwhile, is looking to the city of Boston for a model program fostering education, job training and self-sufficiency, explained the Rev. Alan Newton, executive minister for the American Baptist Church of the Rochester/Genesee Region. Rev. Newton is a member of the collaborative, which is partnering with the United Methodist Church and Sister of Mercy Janet Korn for the new program.

Couple aims to help people dig out of debt

Developing such a program ties in with the collaborative’s efforts to advocate for increases in child-care subsidies for working families. Affordable child care is necessary for self-sufficiency, he said, noting that some families could face paying up to 45 percent of their income for child care if an increase in their incomes causes them to lose child-care grants and other social services.

“Ideally, the policy change we’d like to see is a graduated reduction of subsidy rather than being cut off when families get to sufficiency. Or, create a (privately funded) program where government money ends, picking that up for people,” Rev. Newton said.

This month, members of the collaborative will travel to Boston for training in the Crittendon Women’s Union model to transform lives, Rev. Newton explained

Crittendon is in the fourth year of a five-year initiative to help participants earn degrees or career training that will enable them to earn enough to save money and become self-sufficient. In the program’s third year, about 87 percent of participants had earned college degrees, Rev. Newton said.

The Rochester collaborative, working in partnership with Action for a Better Community, embarked on a similar concept about two years ago, calling the program Focus Plus.

Focus Plus had some success, Rev. Newton said, but participants were burdened by such difficulties as child-care challenges, debt from past attempts at attaining education and difficulties in finding jobs that pay more than minimum wage.

“Employers have jobs, but the jobs have skill sets,” she said. “The key is to try to get the single moms or single dads the job skills they need to become employed.”

Improving educational opportunities and creating jobs likewise were among the goals of community leaders in Richmond, Va., when they decided to form an Anti-Poverty Commission in 2011 to combat a poverty rate of 25.3 percent — twice the national average — and the fact that 39 percent of children were living in poverty.

The commission was charged with recommending policy changes through task forces that offered concrete ideas on how to reach those goals, explained Thad Williamson, associate professor of leadership studies at the University of Richmond and a member of the commission.

Williamson said the conditions in Richmond are similar to those faced in Rochester.

Education is key to ending poverty

“It’s concentrated poverty by design,” he said, noting that, like Rochester, Richmond is home to segregated schools and housing. “And the welfare system doesn’t work … it’s just getting people through (day to day).”

But getting people employed in what he called “living jobs” — specifically those that pay about $12 an hour in the Richmond area — would make a difference, Williamson added.

So the city of Richmond created a workforce development center called the Richmond Workforce Pipeline, which has achieved some success by working with local employers to establish job-placement sites and provide support that fosters effective transitions to employment. Among those supports are access to transportation, affordable child care and affordable housing, he explained.

“The way to get people out of poverty directly is to set the stage for other changes,” he said. “With the understanding that if we’re talking about creating these safe communities for people to live in, and the person in poverty is looking to work, that is not sufficient if we don’t have adequate job opportunities in place.” 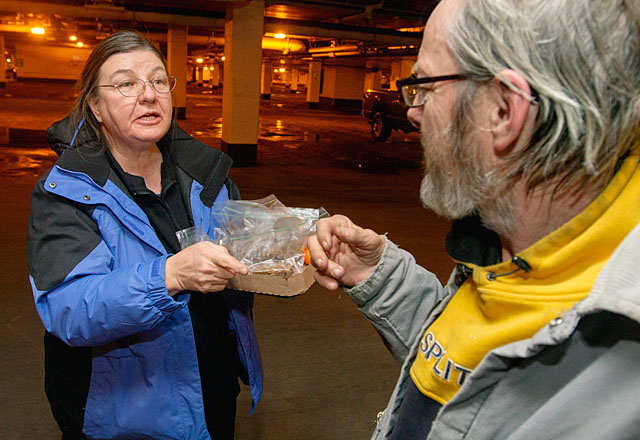 Virginia Lyle offers cookies to Noel Jr., who declined to have his last name published, in the Civic Center Parking Garage in downtown Rochester Feb. 11. Lyle, a parishioner at Church of the Assumption in Fairport, also distributed sleeping bags she made with other parishioners to homeless men in the parking garage.

The city also created a hub to provide entrepreneurs with such resources as clerical support and assistance with applying for contracts with the biggest employers in the area — the universities and the hospitals, Williamson said. The goal is for existing companies and new businesses to create more enterprise in city neighborhoods, he added.

Richmond’s mayor recently approved about $3 million to fund such initiatives as the hub and workforce-development programs, but the funds must still be approved by the city council. All of the Anti-Poverty Commission’s recommendations were reviewed by a newly created citizens’ board, half of whose members are families in poverty, Williamson said.

Williamson said it wasn’t easy to create buy-in from all sectors in anti-poverty programs in a region like Richmond, which is home to many fiscal conservatives who may oppose any government spending on such programs. But the commission’s work was well-received because it calls for personal responsibility and participation from low-income residents, he added.

Food is part of the solution to end poverty

“We will build the ladder, you will climb it” was one of the tag lines the commission used, he noted. “But you will climb with a lot of support,” he said, noting that such support includes improved public housing, accessible transportation and affordable child care.

Building personal responsibility into any anti-poverty campaign is politically necessary when many people believe there is a large percentage of fraud among those who rely on such social supports, according to Ellen Wayne, executive director of Catholic Charities of the Finger Lakes. But she noted that more people would be living in poverty if it were not for such social services.

“The distance between the wealthy and the poor is at an all-time high,” Wayne observed. “If you can’t make ends meet with your paycheck, you close your eyes and pray that you get through the week. Now more than ever it’s a balancing act.”