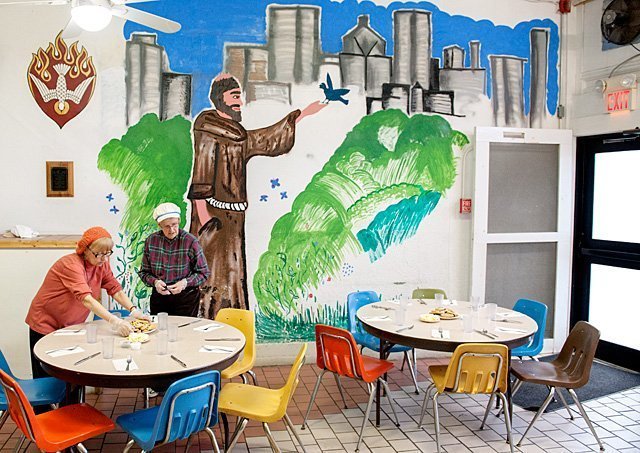 ROCHESTER — What should be her role in fighting poverty?

According to speakers at the March 27 event, audience members in attendance — including more than 200 representatives from the government, business, nonprofit and education sectors of a nine-county region — play a larger role than elected officials do in fighting poverty.

“What can I instill or help instill in my circle of influence?” asked Sister Wagner, executive director of St. Joseph’s Neighborhood Center, which provides low-cost health care to people in need. “It’s up to me. Those are really profound words.”

The report card showed that the nine-county Rochester metropolitan region is doing as well or better statistically than the state of New York overall in such areas as children, the economy, education, financial self-sufficiency, health and housing. However, the region ranks below the state by 10 percent or more on a range of indicators in such categories as public safety; community engagement, including double-digit declines in charitable giving; and the arts, culture and leisure, which includes lower spending on recreation as compared to the rest of the state, drops in sports and arts/cultural attendance rates, and state funding for the arts. The region as a whole saw a 19-percent increase in incidents of violent crime per 10,000 from 2000 to 2012, as compared to 25-percent declines in the state and the nation’s violent-crime rates, according to the Federal Bureau of Investigations and New York State Division of Criminal Justice Services.

The March 27 event marked a third-annual report by ACT Rochester, which is a joint initiative of the Rochester Area Community Foundation and the United Way of Greater Rochester. The ACT Rochester initiative aims to educate people with data, connect them with others and help them act to promote change.

“Data shows a picture, but without drilling down below what the picture tells us, we may make decisions for the sense that things are different than they really are,” said Ann Johnson, director of ACT Rochester. 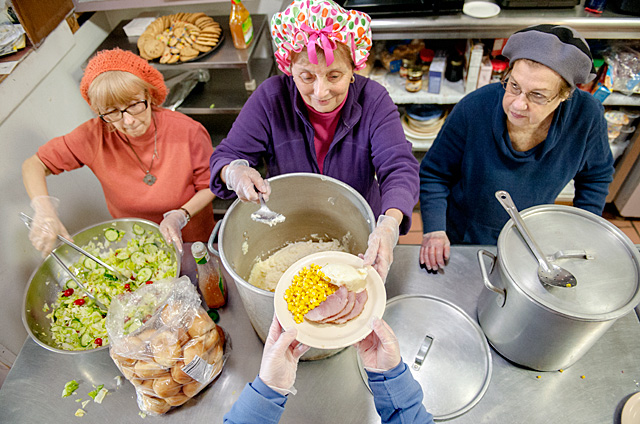 The ACT report focused on some of the challenges faced in the city of Rochester, which the report shows lags the region on a variety of indicators linked to poverty, including household income, annual salary, rent as a percentage of household income and homeownership rates. In a poverty report released in December 2013, the Rochester Area Community Foundation also noted that Rochester is the fifth-poorest of the top 200 cities in the nation and has the third-highest concentration of extremely poor neighborhoods.

The report card found that:

* Although Federal Housing and Urban Development guidelines say no more than 30 percent of tenants’ incomes should go to rent, utilities and fuel, renters in the city of Rochester were paying an average of 43 percent of their incomes from 2008-2012 toward these costs, according to U.S. Census Bureau data.

Noting the challenges outlined by these statistics, speakers at the report-card event offered a range of general solutions, but said comprehensive change would have to be driven by grassroots leadership.

“There isn’t one solution that is going to fix everything,” Johnson said.

The event highlighted some of the initiatives sparked by ACT Rochester, including the poverty report released in December, a communitywide conversation on racism, and a ROC the Future cradle-to-career educational pipeline for Rochester students. ROC the Future aims to prepare students for school, make sure they succeed academically, ensure that they enroll in post-secondary education, and ensure that they graduate and are career ready.

Additional solutions are still in the discussion stage, participants noted.

“Have we really done anything to address the problem (of inequality)?” Jim Lawrence, editorial page editor for the Rochester Democrat and Chronicle, asked during an onstage conversation that aimed to bring context to the report-card data previously presented.

Lawrence spoke along with Loretta Scott, Rochester city council president, and Ed Doherty, who authored the poverty report for the Rochester Area Community Foundation. The trio discussed the need for opposition to racism and segregation, and of building a sense of community throughout the metropolitan region as ways to combat poverty.

Following Lawrence, Scott and Doherty’s discussion, audience members were asked to discuss in small groups ideas to deconcentrate poverty, help poor children succeed in school, decide which leaders have the ability to solve poverty challenges and define the role of racial segregation in the concentration of poverty. Those ideas are posted on ACT Rochester’s website, www.actrochester.org.

Jean Carroll, president and CEO of the YWCA of Rochester and Monroe County, said the report-card event made clear that the entire community needs to get involved and to take ownership of the issue in order to end poverty.

“I learned that we do need to take action, but underpinning that action has to be a lot of dialogue so that we know that we are going in the right direction,” Carroll said.