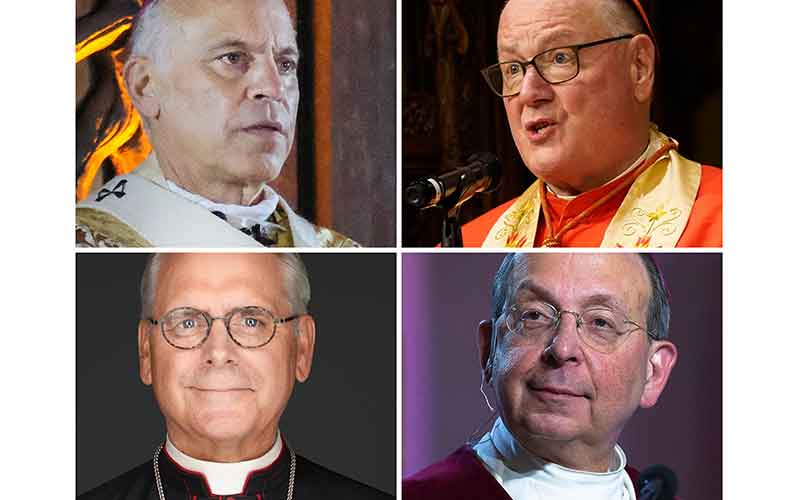 “The injustice of abortion has loosened its grip on our nation’s Constitution,” they said in an Aug. 1 joint statement. “We call on Congress to seize this hopeful moment by coming together around the dignity of every human person and the common good.”

“This begins with the recognition that every human life is an inestimable gift from God with an inalienable right to life deserving of full legal protection,” they said. “We must also recognize that the family — founded upon the love and mutual self-gift of husband and wife — is the first building block of society, and that raising children is both a great gift and a lifelong responsibility.”

“The health, safety and support of the family should be the focus of all good policymaking,” they said.

However, the bishops said, the House has been focused on bills to codify Roe into federal law; require the U.S. government to recognize the validity of same-sex marriages; and create a statutory right for people to access birth control and protect a range of “contraceptive methods,” including chemical abortions.

All of these measures will soon be taken up by the Senate.

No action on measure to build up culture of life

Meanwhile, they said, Congress has taken no action since Dobbs on measures the USCCB has previously endorsed and continues to support, all of which they said would help to build up a culture of life.

— An expanded child tax credit, including for pregnant women, and a federal paid family leave policy.

“A principled commitment to being pro-life entails a commitment both to protecting all human life, especially the most vulnerable, and to advancing policies that help families to flourish,” the bishops said. “As we accompany every family with prayer and support, those led by single or adoptive parents are close to our hearts.”

They pointed to what they said was “one positive note”: lawmakers’ “meaningful consideration of needed investments in care for our common home in a possible reconciliation framework,” referring to what is now being called the Inflation Reduction Act, which would allocate $369 billion to address climate change.

Among other provisions, the proposal would extend and expand many existing renewable energy credits and create new tax credits for investments in clean energy technologies or energy production. The House has passed the bill and it now awaits a Senate vote.

“Care for creation is also integral to care for human life, and we encourage continued efforts to advance proposals that will protect our common home and promote the well-being of human life and the environment for years to come,” the bishops said.

But with regard to the measures the USCCB supports that would protect all human life and help pregnant moms, single mothers, adoptive families and other families in need, they said that “since Dobbs, too many in Congress have ignored bills that would advance these worthy goals and have focused instead on bills that would attack them.”

“Such legislation places no value on the lives of children until their moment of birth, severs sex and marriage from their meaning, promotes using people as means to ends, and would strip rights of conscientious objection from those who oppose these hallmarks of the throwaway culture,” the bishops said.

They urged “all our elected officials to take action to reach consensus and pass” on the measures they outlined, from an expanded child tax credit to a federal paid family leave policy.

They also called for “further supports for the health and well-being of pregnant and parenting women, assistance with nutrition and affordable housing, environmental restrictions on chemicals that cause birth defects, and provisions to assist low-income families.”

“These are building blocks of our vision for ‘Standing with Moms in Need,'” they said, referring a statement the USCCB issued earlier this year, as the nation awaited the outcome of the Supreme Court’s ruling in Dobbs v. Jackson Women’s Health Organization.

The “Standing with Moms in Need” vision “upholds the truth that every human life is sacred and inviolable — a society in which the legal protection of human life is accompanied by profound care for mothers and their children.”

“Families and individuals, civil society, businesses, nonprofits and religious groups, government officials at all levels — and especially members of Congress — should ask themselves how they are supporting families at this moment, particularly around welcoming new life and raising children through adulthood,” the four USCCB committee chairmen said Aug. 1.

“Catholic social teaching shows the way to a better place — a society marked by justice, mutual support, civility, friendship, mercy and love — than where Congress is now leading,” they added. “We pray that Congress will rise to meet this generational moment.”