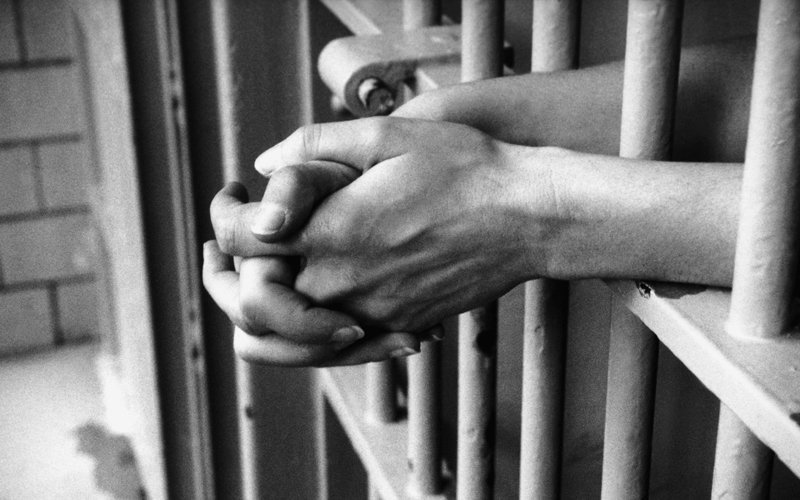 The campuses of Cornell University and nearby Ithaca College feature thousands of young adults eagerly building toward bright futures. Conversely, only a few miles to the north, daily life is much more tedious for residents of the Tompkins County Jail.

Yet despite this contrast, the divide between students and inmates is not as wide as one might think, according to Jacob George.

“We’re all humans. That part makes no difference, whether I see them at the college or at jail,” he remarked. “When you get to know (the inmates), you realize they’re not that much different than us.”

George, a 2017 Cornell graduate, strives for common ground rather than separation by serving as volunteer coordinator for a Bible-study initiative at the jail. Begun in the spring of 2017, the program involves students and staff from the Catholic campus ministries of Cornell University and Ithaca College and takes place every Friday evening during the school year.

After going through orientation and being cleared for access, volunteers visit the jail in pairs. They meet with up to six inmates at a time — mostly male and an occasional female — in a common room, sharing communal prayer and reflecting on Scripture passages. George noted that the volunteers teach inmates how to recite the Hail Mary, the rosary and other prayers.

Abrey Feliccia observed that although the sessions are only supposed to last an hour, they often extend much longer as a result of lengthy conversations, particularly when prisoners relate Scripture passages to their lives and struggles. She added that the volunteers offer support, as opposed to passing judgment on the actions that led to the inmates to incarceration.

“It’s so nice to see their faces, to see their faith, how God is working in their lives, how they’re so struck by the word of God. God is there and he works with everyone in the room,” said Feliccia, who serves as campus minister for spirituality at both Cornell and Ithaca College. “It’s really great that they’re opening up.”

George has been involved with the jail ministry since it began nearly two years ago, whereas Feliccia began volunteering shortly before graduating in 2018 from Ithaca College and has continued visiting the jail since becoming a campus-ministry staff member at Cornell and Ithaca. During her undergraduate days, Feliccia also served as student coordinator for a creative-arts initiative at two area juvenile detention facilities, MacCormick Secure Center and Finger Lakes Residential Center.

Along with the ministry provided by Catholics at the colleges, an effort is underway to expand jail ministry in local parishes as well. According to the Feb. 3 bulletin for the Northeast Tompkins County parishes, men and women are being sought in the Tompkins region to begin leading Communion services three times per month for both male and female prisoners, supplementing monthly Masses being celebrated by area priests.

George acknowledged that the idea of visiting a jail can be a bit disconcerting at first: “Often it’s just that initial doubt, ‘Am I really qualified to lead a Bible study with inmates?’” However, “God calls us to different things, and it may not always be comfortable. But usually when I have a feeling of discomfort, I’m pretty sure that’s what God wants me to do,” he said with a laugh. “It’s serving people; that’s what Jesus asks us to do.”

He and Feliccia emphasized that they, along with their contingent of student volunteers, find any sacrifices are far outweighed by the rewards of their ministry: developing friendships from repeat visits to the jail; seeing inmates grow in spirituality as well as hope for a better future; gaining wisdom from the prisoners by hearing their perspectives on life; being told by inmates how much they appreciate that somebody cared enough to want to spend time with them.

“In fact, you get a lot more than you give,” George said.