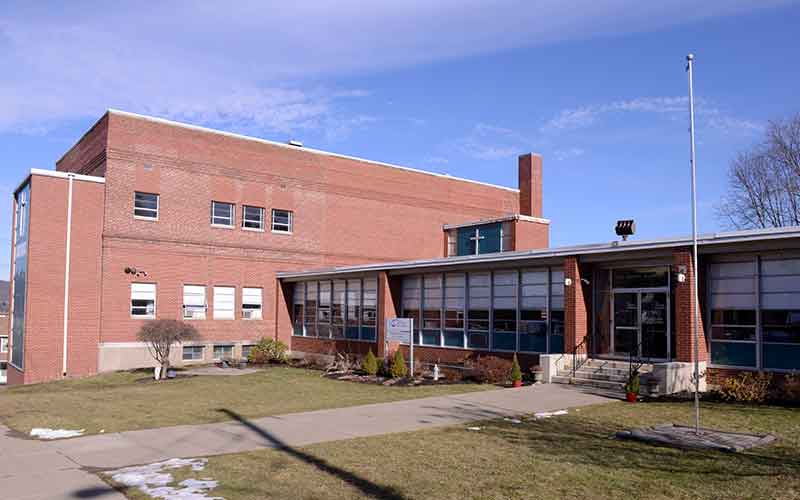 All Saints Academy in Corning will not reopen for the 2022-23 school year due to a sudden and severe drop in enrollment.

School families, teachers and staff were notified of the decision — which came just three weeks before classes were set to begin — in a letter dated Aug. 18. The letter was signed by Father Matthew Jones, pastor of All Saints Parish; Mary Ann Lacey, All Saints Academy principal; and James Tauzel, diocesan schools superintendent.

Tauzel told the Catholic Courier Aug. 19 that going into the summer, 82 students were registered at All Saints for 2022-23 following an enrollment of 105 at the end of the 2021-22 school year. But by Aug. 10, he said, enrollment had dropped to 67, and classrooms were to be consolidated to make the budget work.

In an All Saints Parish bulletin column for the weekend of Aug. 20-21, Father Jones noted that enrollment had dropped even further in the week after plans were announced to combine classes in lower grades and eliminate three teaching positions.

According to a diocesan statement, as of Aug 18, there were only 33 students registered for the coming academic year, with 102 needed in order to balance the operating budget.

The diocesan statement said that the profound decline in enrollment made the school — which served grades prekindergarten through 8 — financially unfeasible to operate. It stated that the majority of families who withdrew their registrations in July and August cited “economic and practical challenges that make Catholic education at All Saints difficult to maintain.”

The statement added that Bishop Salvatore R. Matano will visit All Saints Parish on Sept. 18, to preside and preach at the 10:30 a.m. Mass. At that time, according to the statement, “Bishop Matano and Father Jones will thank the teachers and staff from All Saints Academy, and the families and alumni of the school, for their dedication to Catholic education and in sharing the faith with young people for so many years.”

All Saints, located at 158 State St. on the campus of St. Mary Church, was the second-oldest diocesan school to still be operating in the Diocese of Rochester, having been established in 1855. It also was the last diocesan Catholic school to remain open in Steuben County following the closing of Hornell’s St. Ann School in 2012.

“The faculty and staff of All Saints Academy have been some of the longest serving and most dedicated in our diocese,” remarked Tauzel, who served as principal at the Corning school from the 2014-15 to 2016-17 school years. “The school leaves a legacy of strong Catholicity and outstanding academics evident in every graduate. I thank the families for their support and commitment to Catholic schools and the sacrifices they made to prioritize a Catholic education for their families.”