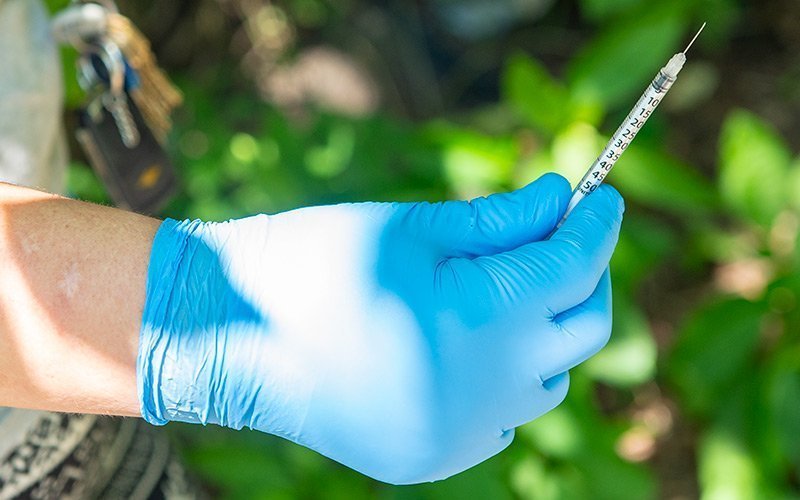 This photo was seen in the Catholic Courier's 2018 Opioids multimedia project, "Opioids: 'The next generation is dying'.

“The competition was fierce, there were hundreds of entries and the judges chose your submission as exemplifying the very best in its category,” began the email to the Catholic Courier. “The entire staff of Editor & Publisher along with the EPPY Award Committee extends a big congratulations on a great accomplishment!

The Courier won an EPPY for its September 2018 multimedia project Opioids: ‘Next generation is dying’, which was chosen from finalists in the Best News or Event Feature category for websites with under 1 million unique monthly visitors. The Courier tied for the award with The City, a Manhattan-based news website partly supported by the parent of New York Magazine.

According to E&P, this year’s EPPY Awards received more than 300 entries — many from such major outlets such as CNN, ESPN, NBC News, USA Today, The Boston Globe and Bloomberg — competing on the basis of content, design/creativity, interactivity, innovation and overall impression.

Presented by Editor & Publisher, for more than 100 years the leading trade journal of the U.S. newspaper industry, the EPPYs have for 24 years honored “the best media-affiliated websites across 30 diverse categories,” the magazine said.

The awards were judged by a panel of 47 “notable figures in the media industry,” representing universities and such organizations as USA Today, The Washington Post, The Boston Globe, the Wall Street Journal, the Hearst and McClatchy newspaper groups, Thomson Reuters and the Knight Foundation.

For its opioid project, the Courier followed the organization Hope Dealers BTC, during one of its weekly used needle pick-ups and also talked with counselors from Open Access Clinic, who shared stories of family members who were addicted to opioids.

The Courier‘s coverage of the opioid epidemic also won five awards from the Catholic Press Association in June.