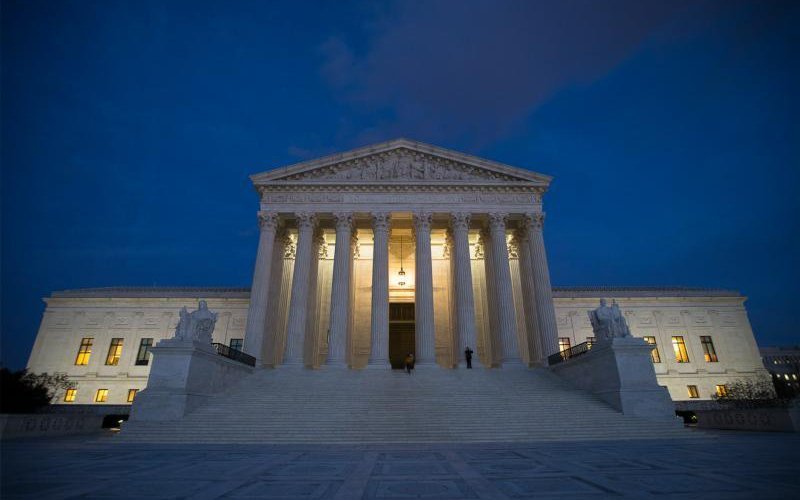 WASHINGTON (CNS) — The Supreme Court gets attention not only for its decisions but also for what it chooses not to review.

And March 4, it decided not to take up a pair of cases involving public funds for religious institutions.

As part of its custom, the court’s brief order rejecting these cases gave no reasons for turning them down, but an opinion filed by Justice Brett Kavanaugh indicated the court might take up a similar issue soon.

The dispute is over state funds — through historic preservation grants — being offered to churches and other religious institutions. In 2002, voters in Morris County, New Jersey, approved this program, funded by a county property tax, but last year the state’s Supreme Court ruled that allowing churches to receive these grants violates the state’s constitution. The court also said keeping churches from this program did not violate the U.S. Constitution’s guarantee of the free exercise of religion.

In turn, state officials and church representatives argued that barring religious buildings from the historic preservation grants discriminates against religion and they hoped the U.S. Supreme Court would weigh in.

If this topic sounds somewhat familiar, it’s because two years ago the Supreme Court said a Lutheran preschool in Missouri could not be excluded from a state grant program to refurbish its playground surface just because it is a religious entity.

Chief Justice Stuart Rabner, writing for the New Jersey Supreme Court, noted the distinction between the New Jersey and Missouri grants to religious institutions, saying: “This case does not involve the expenditure of taxpayer money for nonreligious uses, such as the playground resurfacing.” Instead, he said the New Jersey program “relates to grants that sustain the continued use of active houses of worship for religious services and finance repairs to religious imagery. In our judgment, those grants constitute an impermissible religious use of public funds.”

In a five-page opinion commenting on the court not taking this case, Kavanaugh — joined by Justices Samuel Alito and Neil Gorsuch — said the Missouri and New Jersey cases were more alike than different.

Kavanaugh added that “barring religious organizations because they are religious from a general historic preservation grants program is pure discrimination against religion.”

The newest justice stressed that just because the court chose not to review this case, it didn’t mean the justices agreed or disagreed with the lower court’s ruling that was left to stand.

He said the Supreme Court “will need to decide whether governments that distribute historic preservation funds may deny funds to religious organizations simply because the organizations are religious.”

In the 2017 case with Missouri’s Trinity Lutheran preschool, the main issue was the school’s constitutional right to the free exercise of religion. The court’s opinion said the school was not claiming “any entitlement to a subsidy” but was asserting its “right to participate in a government benefit program without having to disavow its religious character.”

The U.S. Conference of Catholic Bishops and the Missouri Catholic Conference filed friend-of-the-court briefs in support of the Missouri school, and Archbishop William E. Lori of Baltimore, then-chairman of the U.S. bishops’ Committee for Religious Liberty, called the court’s decision a recognition “that people of faith should not be discriminated against when it comes to government programs that should be made available to all.”
– – –
Follow Zimmermann on Twitter: @carolmaczim