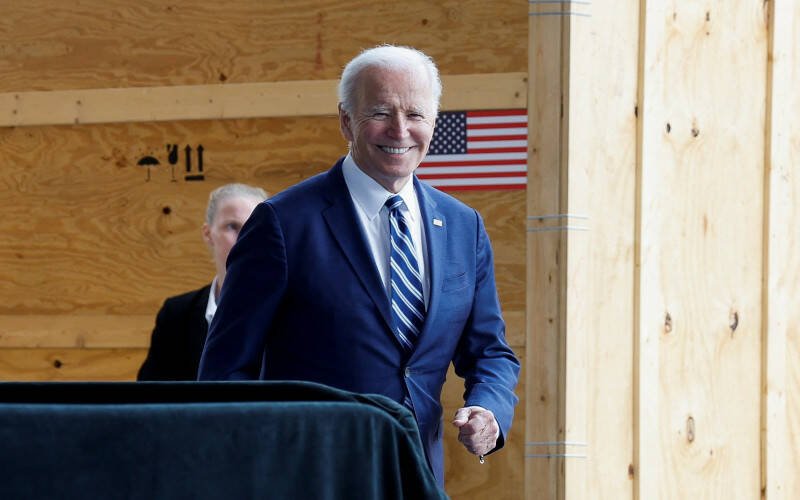 President Joe Biden is seen in Phoenix Dec. 6. The Biden administration declined to appeal a ruling by the 5th U.S. Circuit Court of Appeals in New Orleans that struck down a transgender mandate that the Department of Health and Human Services implemented as a revision to the Affordable Care Act. (CNS photo by Jonathan Ernst/Reuters)

WASHINGTON — The Biden administration declined to appeal a unanimous ruling by the 5th U.S. Circuit Court of Appeals in New Orleans that struck down a transgender mandate that the U.S. Department of Health and Human Services has implemented as a revision to the Affordable Care Act.

The mandate forces doctors and hospitals to perform gender-transition procedures on their patients even if this violates their conscience and best medical judgment.

A second case on the mandate is currently pending in the 8th U.S. Circuit Court of Appeals in St. Louis.

The 5th Circuit’s ruling was handed down in late August and the Biden administration had until Nov. 25 to appeal the decision to the U.S. Supreme Court.

But the deadline came and went without an appeal being filed, “meaning this win is FINAL,” tweeted Luke Goodrich, vice president and senior counsel at Becket, a Washington-based religious liberty law firm.

Becket represented Franciscan Alliance, a Catholic health-care network, and a group of nearly 19,000 health-care professionals who first sued HHS over the mandate in 2016.

Goodrich tweeted that the 5th Circuit’s ruling “was a successful step in the fight to protect doctors’ conscience rights,” but added: “The fight continues in the Eighth Circuit, where we expect a ruling soon.”

“We are simply asking the courts to let us keep caring for all our patients with joy and compassion — as we’ve done for over 145 years,” she said in a statement released by Becket ahead of the oral arguments.

The government argued it should get more chances to show why it needed religious health-care providers to participate in such gender-transition procedures, but the court said other cases showed that permanent protection “was appropriate — including, ironically, cases brought by the ACLU, who had intervened in (the case) to support the government,” Becket said in a statement when the ruling was issued.

In May 2016, under the Obama administration, the HHS civil rights office finalized regulations for an ACA provision called Section 1557.

The agency added “sexual orientation and gender identity” to the provision, which prohibits discrimination on the basis of race, color, national origin, age, disability or sex — including pregnancy — in covered health programs or activities.

The mandate required doctors to perform gender transition procedures on any patient, including children, and required private insurance companies — except plans run by Medicare and Medicaid — and many employers to cover gender reassignment therapy or face severe penalties and legal action.

On Aug. 23, 2016, Becket, joined by eight state governments, filed a lawsuit in Texas against the HHS mandate on behalf of Franciscan Alliance and the Christian Medical & Dental Associations.

After years of litigation, including an earlier appeal to the 5th Circuit and a remand to the lower court, a U.S. District Court granted the doctors and hospitals in the case involved permanent relief from the mandate and protected their medical conscience rights.

The Biden administration then appealed to the 5th Circuit to keep the mandate in place.

The case the 8th Circuit is due to rule on is called Sisters of Mercy v. Becerra.

The lawsuit was first filed in federal court in November 2016 by Becket on behalf of the Sisters of Mercy, the University of Mary and SMP Health System. The state of North Dakota also joined the suit.

In December 2016, two different federal courts ruled that the policy was “an unlawful overreach by a federal agency and a likely violation of religious liberty.”

In 2019, HHS under President Donald Trump said it would propose a change to Section 1557, and in 2020, the Trump administration issued a rule that defined “sex discrimination” as only applying when someone faces discrimination for being female or male. But that effort was blocked by other courts.

On Jan. 21, 2021, a court struck down the Obama-era HHS mandate, and the Biden administration appealed to the 8th Circuit, which heard oral arguments in the case Dec. 15, 2021.