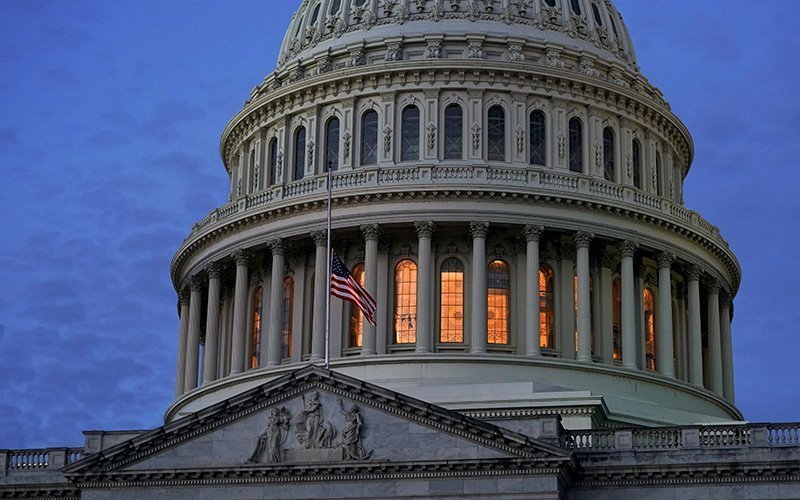 Bill O’Keefe, the agency’s executive vice president for mission, mobilization and advocacy, said cuts the president seeks in food aid, health care and vaccinations for the coronavirus would harm children and vulnerable people around the world.

“We’ve got throughout East Africa a locust infestation. Drought in some places and floods in others. Plus there’s endemic climate change-induced problems and the COVID pandemic. So this is not the time to be cutting,” O’Keefe told Catholic News Service.

Trump in a Jan. 14 letter to congressional leaders explained that he is seeking to rescind $27.4 billion in spending that already had been approved for 73 programs. The action came six days before Trump was to leave office.

While the president can propose the cuts, Congress has the final authority to act on the request. Congress is not scheduled to return to work until Jan. 19 and it is expected his request will be ignored.

The cuts most troublesome to CRS, O’Keefe said, come in programs administered by the State Department and the U.S. Agency for International Development. They include cutting $1.5 billion from Food for Peace, $5.1 billion from global health programs, $2.1 billion from AIDS relief and over $1 billion from assistance to refugees and victims of conflict worldwide.

Cuts in domestic spending outlined by the White House include $430 million for cultural exchange programs; $181 million for climate research at the National Oceanic and Atmospheric Administration; $13 million for the National Institutes of Health; $12.3 million for research on firearm mortality and injury prevention; and hundreds of millions in federal student aid.

“We expect that the incoming administration and the Congress will reject these rescissions as they have in the past,” O’Keefe said. “However, it adds needless delay and bureaucratic hurdles in front of the race to help people who need help now.”

Trump signaled he would seek cuts on what he considered “wasteful items” as he signed the $1.4 trillion fiscal 2021 spending package Dec. 27 after criticizing it publicly.