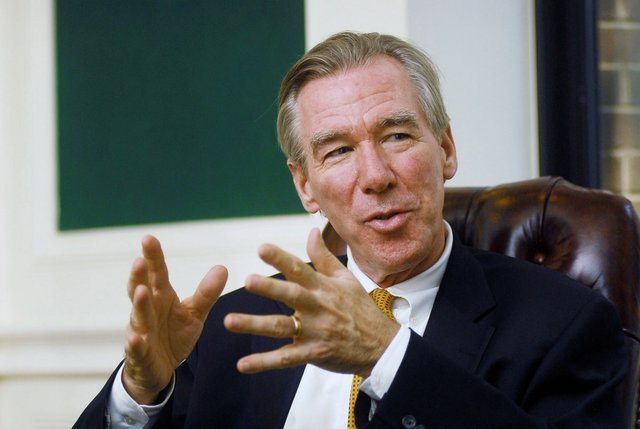 Many Catholic Courier readers are familiar with John Garvey, president of Catholic University of America, through his syndicated column, which frequently appears in this newspaper.

On Thursday, Sept. 15, readers will have the opportunity of seeing him in person as he discusses the timely subject "The New Religion Wars."

Garvey will be the featured guest for a Courier-sponsored lecture taking place at Sacred Heart Cathedral, 296 Flower City Park, Rochester. The program, which begins at 6:30 p.m., is free and open to the public.

The CUA president’s presentation will draw on his experience as one of the nation’s leading scholars on religious liberty and on his university’s role as a co-plaintiff in the recent Supreme Court case Zubik v. Burwell,commonly known as the Little Sisters of the Poor case.

He also has earned a new distinction — from no less than Pope Francis. On July 25, the Vatican announced that Garvey has been appointed by the pontiff to the board of directors of the Agency for the Evaluation and Promotion of Quality in Ecclesiastical Universities and Faculties. Garvey is the first person from the United States to serve with the agency, which was created in 2007 by Pope Benedict XVI to ensure high standards in institutes of higher learning.

"President Garvey has distinguished himself as a lawyer, author, academic, administrator, and, since 2010, as president of Catholic University of America, a pontifical university of the church founded by the Catholic bishops of the United States and an institution visited by three popes (St. John Paul II, Benedict XVI and Francis)," said a statement from Bishop Salvatore R. Matano, who will host the Sept. 15 event in his role as president and publisher of the Catholic Courier and El Mensajero Católico."I encourage Catholics to hear his timely insights on the important topic of religious freedom in his September 15 address."

Garvey writes frequently about religious freedom in his column "Faith & Intelligence," which is syndicated by Catholic News Service and often appears on the Courier’s commentary pages. According to information from his office, Garvey’s lecture will survey a recent "uptick in religious liberty attacks; the difference between defending a principle vs. a person, Jesus Christ; and helpful tactics moving forward in our contemporary climate — what has worked, what hasn’t and what we should try."

Arguing before the Supreme Court in Zubik v. Burwell CUA and fellow plaintiffs challenged the Department of Health and Human Services’ mandate under the Affordable Care Act that all employers must provide health insurance that includes coverage for contraceptives, surgical sterilizations and early stage abortifacient drugs.

"The Little Sisters of the Poor, the university I represent, and countless other religious institutions across the country ask that the Supreme Court recognize our religious beliefs and strike down those regulations that would force us to violate them," Garvey wrote in an opinion piece that appeared March 20 in the Wall Street Journal. On May 16, the Supreme Court unanimously voted to return Zubik v. Burwell to the lower courts.

Prior to becoming Catholic University’s president six years ago, Garvey served as dean of Boston College Law School from 1999-2010. He has taught law at the University of Notre Dame, University of Michigan and University of Kentucky. He also has authored and coauthored several books.

His upcoming appearance at Sacred Heart Cathedral will mark the second installment in the Catholic Courier’s annual lecture series. The inaugural event occurred in February 2015 with a presentation by Basilian Father Thomas Rosica, a Rochester native who serves as chief executive officer of Canada’s Salt + Light Catholic Television Network and English-language assistant to the Holy See Press Office.