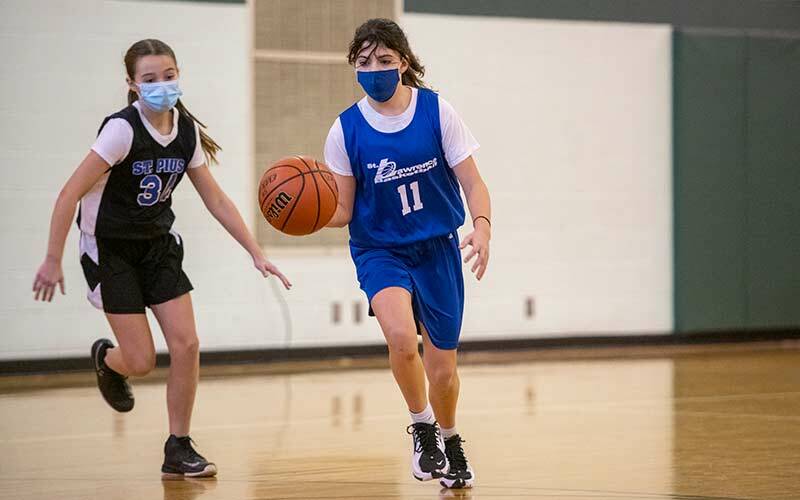 For nearly a century, Catholic Youth Organization has offered young athletes the fun, excitement and challenge of organized sports competition.

Not as readily visible — but no less important — is the personal development that marks CYO involvement.

Inclusiveness, teamwork, motivation, respect, integrity, commitment and Catholic spirituality are among the priorities listed by Brooke England, the Diocese of Rochester’s first-year CYO sports coordinator. Instilling such qualities into youths at an early age, she said, “will give them a good base for the future.”

CYO, founded in 1930 in Chicago, is well-established as a major youth-sports entity across the United States and in several other countries. England noted that CYO participants are not required to have a Catholic parish or school affiliation, or even be Catholic.

“We welcome anyone. We do ask them to participate in some Catholic theology with each team — we pray, it’s faith-based,” she explained.

CYO is open to boys and girls in grades 3 through 12. Diocesan CYO activities were suspended for the 2020-21 school year by the coronavirus pandemic, but soccer competition returned this past fall and basketball is currently conducting its winter season. England oversees a 16-team basketball league; all but two of the clubs are based in Monroe County. Teams are typically parish-based, with about half of the league’s parishes drawing participants from Catholic schools located on their campuses.

England said that every effort is made to place an interested CYO participant on a team, even if that youth’s first choice isn’t available due to roster capacity being reached. Placing players has been particularly tricky this winter, she acknowledged: with 11 parishes having opted out of the diocesan league due to ongoing COVID concerns, CYO officials have worked extra hard to find alternate roster spots at currently participating parishes.

“It’s a difficult task, but we’ve done our best to create an atmosphere of inclusion,” England said, adding that CYO also has responded to the pandemic by instituting mask-wearing, social distancing whenever possible and limiting game attendance to two spectators per player.

Despite COVID-related challenges, England foresees a bright future for CYO. She expects all previously participating parishes to return once the pandemic subsides and also hopes to launch programs at parishes with no history of CYO involvement. In addition, England anticipates that cheerleading — which is not taking place this winter — will resume, and is looking to add volleyball, softball, baseball, kickball and sports clinics as well.

Young CYO participants can expect to encounter a competitive atmosphere at their games, England said: “That’s just the behavior of an athlete. I think that comes naturally if you have a faith-based organization or not.” However, she emphasized, CYO ideals extend well beyond win-loss records, as evidenced by the annual diocesan Faith Through Sport Award ceremony set for March 10 at Greece’s St. Lawrence Church with Bishop Salvatore R. Matano presiding. Nominees for the award should be practicing Roman Catholics and clearly demonstrate sportsmanship, teamwork and other positive traits based on Catholic values.

CYO’s faith component also was evident at a Mass Dec. 5 at Rochester’s St. Monica Church, when the parish’s thriving CYO program was honored. Jessica Tette, who serves as St. Monica’s minister of youth, faith formation and communications, called CYO “our biggest outreach to families in the community,” adding that athletes and coaches from several local CYO programs attended the liturgy.

Another example of CYO’s special appeal occurred during a Dec. 29 grade 3-4 girls’ basketball game. Ava Colon, 10, a player for Spencerport’s St. John the Evangelist Parish who has Down syndrome, scored her first career basket — a layup off her own offensive rebound — against Fairport’s St. John of Rochester. Her feat resulted in a big celebration by many onlookers as well as herself.

England called Ava’s accomplishment “a beautiful tribute to CYO and the young lady,” saying the opportunity created for that historic moment “absolutely” embodies the ideals of CYO — “the open arms, the kindness and the caring. It’s textbook, actually.”