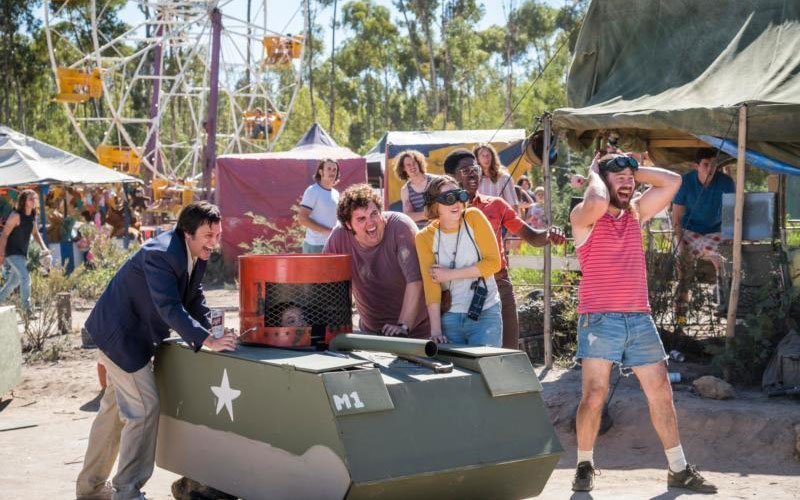 Knoxville plays DC, the stridently sophomoric man-boy at the helm of the low-rent amusement park of the title in the California of the late 1970s. Here the constant risk of injury allegedly adds spice to the fun.

While entertaining his visiting teenage daughter, Boogie (Eleanor Worthington-Cox), for the summer, divorced DC must also contend with Knoblach (Dan Bakkedahl), a scheming businessman out to acquire his land, and with competition from a more respectable establishment nearby. To up the ante, we’re further told that DC has taken out a hefty loan from a bank.

The main story is recounted by way of flashbacks as an elderly version of DC relives his glory days. All of this is, of course, merely an excuse for practically the entire cast to inflict harm on themselves. It gets old quickly.

Brief forays into seriousness by way of a conflict between DC and Boogie, moreover, fail to resonate. And the movie’s message that liability lawsuits and the “nanny state” have spoiled the kind of daredevil entertainment that once drew people to a place like Action Point — there was, apparently, a real-life New Jersey counterpart to the park on screen — is just dumb.

Besides being mind-numbingly boring after about the first three minutes of slapstick mayhem, director Tim Kirkby’s film treats underage drinking as a rite of passage and furtive sex as a sight gag.

This rollercoaster only goes down.