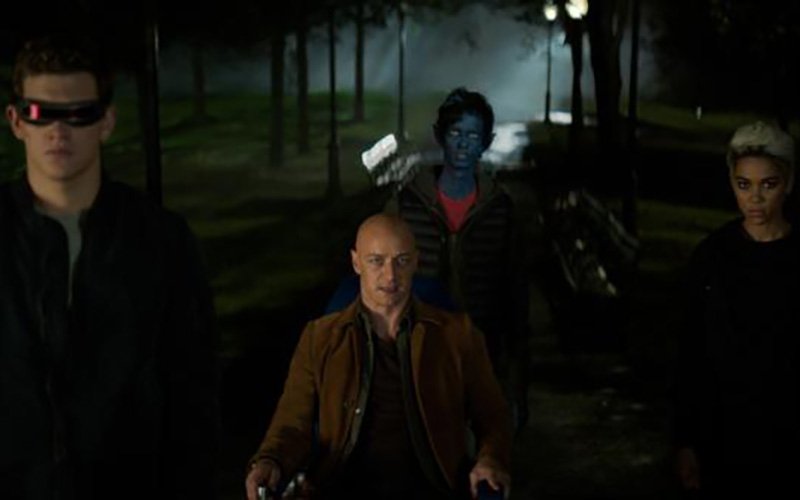 NEW YORK (CNS) — Though somber in tone, the Marvel Comics-based sci-fi adventure “Dark Phoenix” (Fox) has a fundamentally moral outlook and features a more relationship-driven story than many similar films.

The movie’s celebration of the substitute family often met with in contemporary Hollywood pictures requires some discernment on the part of viewers, as does its grandiose but passing attribution of godlike abilities to the enhanced superhero of the title. But well-catechized older teens as well as grown-ups will likely be able to cope with these aspects of writer-director Simon Kinberg’s ensemble action outing.

Mostly set in 1992, “Dark Phoenix” finds the X-Men mutants called upon to save the crew of the space shuttle after that vessel suffers multiple malfunctions in flight. While shapeshifter Raven (Jennifer Lawrence) expresses reservations about the mission, the group’s leader, Charles Xavier (James McAvoy), favors it in the hope of enhancing the once-despised X-Men’s current prestige and popularity.

In the course of the rescue, team member Jean Grey (Sophie Turner) comes close to dying but instead emerges from the experience endowed with cosmic powers above and beyond the abilities she already possessed. Unfortunately, she soon finds that her new capabilities are beyond her control.

As Jean goes rogue, endangering the lives of her comrades, peaceable Raven tries to calm the situation, with disastrous results. Jean’s plight causes tension among the X-Men. Magnetism-manipulating Erik (Michael Fassbender) and man-beast Hank (Nicholas Hoult) seek vengeance on her for her treatment of Raven, while Charles and Jean’s boyfriend, optic ray-shooting Scott (Tye Sheridan), try to protect her.

Since Jean’s backstory includes a fraught relationship with her parents, at least some moviegoers may find her embrace of the X-Men as her chosen clan, in lieu of her natural one, a bit unsettling. But the ultimate message of Kinberg’s script, which involves the elevation of forgiveness and solidarity over the desire for revenge, is entirely in harmony with Gospel values.

The film contains pervasive combat violence with some gore, a few profanities and milder oaths, at least one rough term and a single crude expression. The Catholic News Service classification is A-III — adults. The Motion Picture Association of America rating is PG-13 — parents strongly cautioned. Some material may be inappropriate for children under 13.