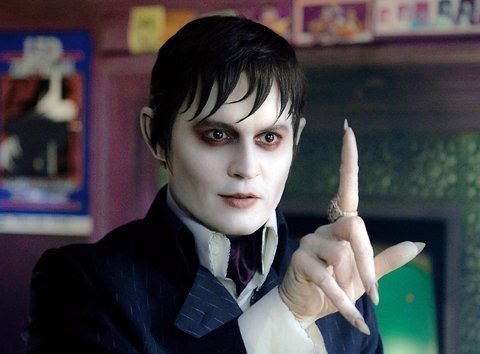 NEW YORK (CNS) — Long before "Twilight’s" Edward Cullen and other Johnny-come-lately vampires, there was television’s Barnabas Collins, played by the recently deceased Jonathan Frid. Time was when legions of teenage baby boomers would rush home from school each weekday afternoon to find out what Barnabas was up to by catching the latest episode of "Dark Shadows," the wildly popular gothic soap opera that largely revolved around him.

Two feature films and a long afterlife in syndication ensued, not to mention reincarnation on DVD and in any number of other media.

Mostly set in 1972, the year after the television version went off the air — it was first broadcast in 1966 — director Tim Burton’s big-screen homage, "Dark Shadows" (Warner Bros.), is a campy comic take on the original.

Though visually striking and initially amusing, his riff on the low-budget, but by now venerable, property introduces some discordant notes as it seeks to garner laughs from casual sexual encounters. Then the melody gets lost altogether amid a crescendo of special effects and supernatural mayhem.

Johnny Depp takes the part of Barnabas, a figure with whom the actor is said to have been obsessed since childhood. Opening scenes carry us back to the mid-18th century — and play like something between a novel by one of the Brontes and a Harlequin romance — as they recount Barnabas’ back story. This culminates in the vein-drainer being buried alive by an angry mob of New England townsfolk.

Flash forward to the Age of Nixon where we find Barnabas accidentally exhumed by a construction crew — who quickly learn to regret their discovery of him.

As he tries to restore the dwindling family fortune, Barnabas battles Angelique Bouchard (Eva Green), the still-living witch whose jealousy-fueled curse transformed him into a bloodsucker in the first place. She’s now the Collins’ main competitor in the local fishing industry.

If all that sounds a bit complicated, and indeed it is, there is ample precedent: In its later seasons, the TV iteration shuttled between the then-present day and various points in the past, ranging from the 1790s to the 1890s. But the television writers had roughly 1,200 episodes in which to elaborate their ideas, as opposed to the less-than-two hours available to Burton.

Much of the humor is derived from Barnabas’ anachronistic outlook on psychedelic-era America. With his formal, not to say stilted, personal manner — which Carolyn quickly labels "weird" — Barnabas is a bemused fish out of water in the world of pot-smoking hippies, VW vans and the cocktail-quaffing antics of Dr. Hoffman. The contrast works for a while, but eventually wears thin.

Perhaps sensing that the joke has run its course, Burton and screenwriter Seth Grahame-Smith devote the last quarter-hour or so of the movie to a noisy, effects-driven showdown between Barnabas and his age-old nemesis Angelique. Neither funny nor frightening, this finale will only add to the dissatisfaction of nostalgic viewers and the bewilderment of those too young to remember Barnabas in his undead prime.

The film contains some action violence, semi-graphic sexual activity, an implied aberrant act, a suicide, drug use, mature references, a couple of uses of profanity and about a half-dozen instances each of crude and crass language. The Catholic News Service classification is L — limited adult audience, films whose problematic content many adults would find troubling. The Motion Picture Association of America rating is PG-13 — parents strongly cautioned. Some material may be inappropriate for children under 13.