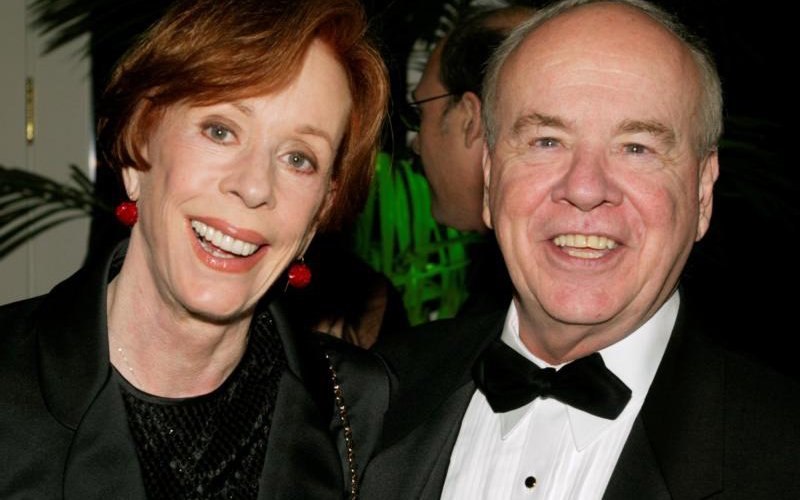 LOS ANGELES (CNS) — Tim Conway, who died May 14 in Los Angeles at age 85, was probably best known for his 11 seasons on TV’s “The Carol Burnett Show,” where he delighted viewers with outlandish sketch comedy and physical humor.

Others remember him from his four-year stint on the sitcom “McHale’s Navy.”

“I’m heartbroken,” Burnett said in a statement. “He was one in a million, not only as a brilliant comedian but as a loving human being. I cherish the times we had together both on the screen and off. He’ll be in my heart forever.”

In the years leading up to his successful TV career, Conway had a lot of ups and downs, but he once told Catholic News Service in an interview that he was able to weather it all because of his Catholic faith.

“If I didn’t have that, I would be crying constantly,” Conway said in a 2007 interview with CNS Media Editor Mark Pattison. “I’ve always had a good sense of humor and not looked at life too seriously.”

“My life compared to the big bang is quite minute. I’ve always had faith, and somebody to communicate with, too, when things are falling apart around you,” he said. “I’ve always had a very, very strong belief. That’s something to hold onto. … You have to have somebody or something to turn to. Faith just kinda relaxes things a little bit.”

Born Thomas Daniel Conway Dec. 15, 1933, in the Cleveland suburb of Willoughby, Conway grew up in nearby Chagrin Falls. His father, Daniel, was an Irish immigrant and his mother, Sophia, was of Romanian descent.

The future actor, writer, director, comedian was athletic as a high school student and excelled at tumbling — which The New York Times noted was a skill that he “later deployed to great effect in his comedy.”

He went to Bowling Green State University in Bowling Green, Ohio, where he majored in television and radio. He also was a disc jockey. After graduation he served in the U.S. Army, from 1956 to 1958, then he returned to Cleveland and worked for the local NBC-TV affiliate and then the CBS affiliate.

In 1967, a year after “McHale’s Navy” went off the air, Conway lasted less than a half-season as TV’s “Rango,” playing an inept lawman. Then came 1969’s “Turn-On,” a rapid-fire gag comedy show in the style of “Rowan &amp; Martin’s Laugh-In.”

“I could have actually made a living doing pilots. … I had five shows at CBS. Some were canceled, and I would start another one the next week,” Conway told CNS.

Then came “The Carol Burnett Show.” His work on the show earned him four Emmy Awards — one for writing and three for performance.

“All those crazy things we did on Burnett, there was no jeopardy, no fear that we were going to do anything offensive. You could be funny for funny’s sake,” he said. “Everybody — in the Midwest and especially in the Christian belt — they don’t watch television anymore” because of violence, language and nudity.

Conway, then a member of Our Lady of Grace Parish in Encino, said he wasn’t made to feel uncomfortable by fellow parishioners because of his celebrity status.

“They see me for what I am,” he added, quipping, “I like to go into a confessional and stay for an hour and a half, and just let people wonder.”

Conway is survived by his second wife, Charlene Fusco, and six children — a daughter and five sons — from his first marriage to Mary Ann Dalton, which ended in divorce. He also is survived by a stepdaughter and two granddaughters.

In a statement about her father’s death, daughter Kelly Conway said: “The love he gave us, and the laughter he gave the world will never be replaced, but will be remembered forever. He is at peace now, but I will miss him every second of every day until we meet again in heaven. We knew he would have to leave us someday, but that day came too soon.”